Change With Success...And a Potpourri of Topics 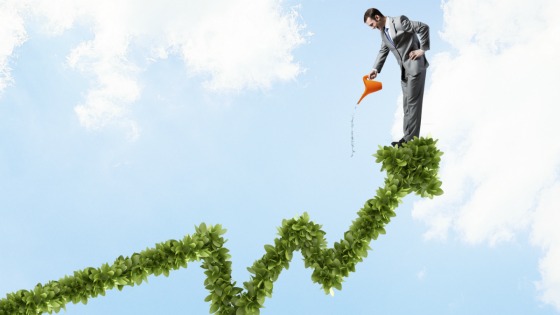 There is a reason behind the reason for this blog which will be revealed at the end. I will use a sleight of hand to talk about the importance of not resting on one’s laurels and using a growth mindset to keep changing even in the face of great success. I will then apply this to Warren Buffett, the great tech companies dominating our economy, why the Fed is worried about their increasing market power, and how there has been this incredible dominance of growth over value in the stock market and while this should inevitably reverse course at some point. I will then end it on a personal challenge I’m having in tennis, the real reason I wrote this.

Over the years we have developed annual themes to guide our company’s focus and have our associates coalesce around the particular goal and corresponding mindset. Early on in my career at CWS one of the themes was Change With Success. If you notice the first letter of each word combine to form CWS. Pretty creative! Beyond the catchiness of the slogan and it being tied to CWS, it’s actually quite aspirational and challenging and very confronting. It’s extremely hard to do because when you’re successful you want to keep doing what you have been doing because it’s been working, rewarding, following the same routine is easier and is the path of least resistance since the learning curve has been greatly diminished, and probably most importantly, there is a lot of risk in change and going away from what’s been working by going outside of your comfort zone and risking failure.  Tiger Woods has changed his grip numerous times over the years, including when he was experiencing great success.

I have written about this before but I think it takes a growth mindset to always be looking at ways to evolve, adapt, improve, excel, and stay ahead of the curve versus resting on one’s laurels.

As Bob Dylan wrote, “He not busy being born is busy dying.” 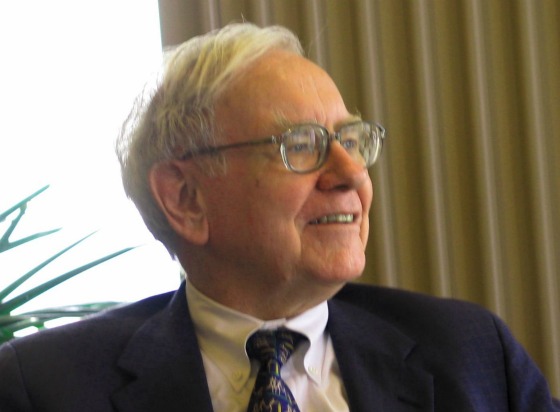 Warren Buffett is known as a value investor but over the years he has compounded his wealth by taking companies private, making debt investments, buying convertible preferred stock with warrants, engaging in buyout arbitrage, and investing overseas, just to name some of the notable ways he has made money outside of long-term investments in companies he deems to be undervalued. He is extremely patient but also very opportunistic and is not dogmatic. He has many tools in his tool chest to make money while still adhering to time tested principles that have served him and his shareholders very well.

From a company standpoint, Amazon is obviously a great example of having a ferocious growth mindset stemming from its approach that every day is Day One at the company. The company is obsessively focused on improving the customer experience through faster shipping by having the most extensive and efficient supply chain and logistics of any company with the possible exception of Wal-Mart, an enormous selection, competitive prices, and a very easy user interface to purchase goods. The stock price has clearly reflected the extraordinary barriers to entry it has created and how ubiquitous it has become in the United States and increasingly throughout the world.

And when it comes to companies that are almost entirely web-based like Facebook and Google they are always changing with success through continuous updating of their services through code enhancement and testing for reliability and effectiveness. Here are two excerpts from the article that blew my mind and confirmed why these companies have market power and scale that cannot be superseded. The network effects they have created and the reinvestment in their infrastructure is so extensive that I can’t think of any companies that can displace them anytime soon.

For instance, in the year 2018, Google revealed at the JFrog SwampUp conference in Napa that over 500 million tests are being run per day inside Google’s systems. That’s to accommodate over 4 million builds/day.

Facebook, for instance, releases 100 million lines of code daily. By 2015, Amazon developers were doing a production deployment every 1 second.

Wow, wow, wow. The market power of these companies and their increasing market value and corresponding explosive increase in the wealth of their founders has clearly put a spotlight on them as the poster children for inequality. While some may believe that this is sour grapes among their competitors or from a mass of envious people, the Federal Reserve has weighed in with recent research asserting that four key negative secular trends can be attributed to the increasing concentration of market power in firms like Amazon and Apple, Facebook, Microsoft, Salesforce, and Google, just to name some of the most significant ones.

The four negative secular trends are:

The profitability of these firms has driven their stock prices higher and generated tremendous wealth for their owners and this has also spilled over to real estate as well. Workers have not benefited nearly to the same degree as those with capital and to keep up they have been borrowing more money, thereby creating more risk for the financial system. This chart shows the share of labor compensation as a percentage of GDP over time. And while it’s been rising a bit over the last few years, it is still bumping along the bottom and is at historically low levels.

The following chart shows the increasing concentration of the 10 largest stocks in the S&P 500 over time. We are now at record levels, which makes sense given how profits have grown much more rapidly than the other firms. 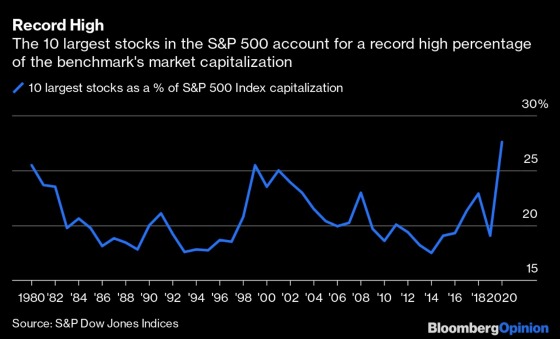 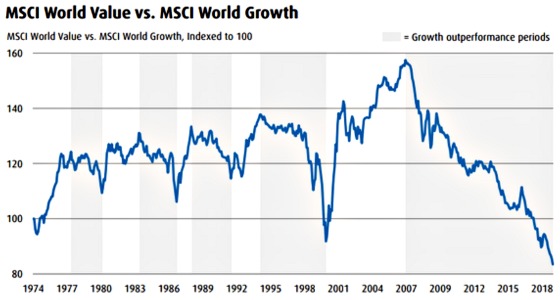 I guess if you want to keep the party going for growth stocks then you announce a stock split like Apple and Tesla did. 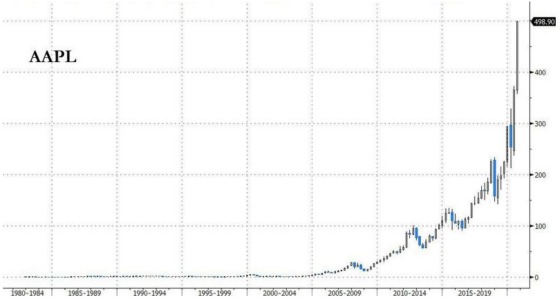 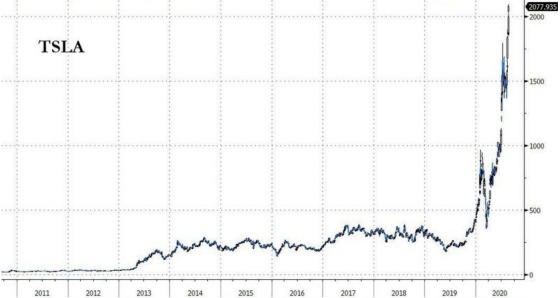 Who knows when these trends will reverse, but If history is any guide then they will at some point given the significant value disparity. This next chart shows that REITs are relatively cheap as well when comparing their yields to the 10-year Treasury yield. 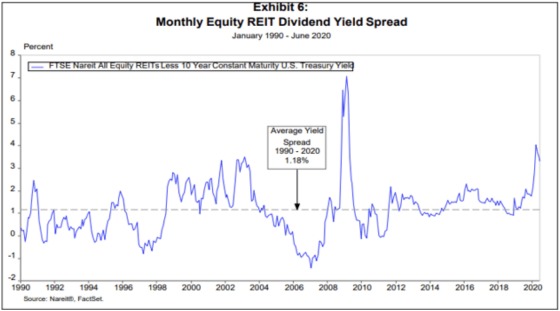 And while it would appear that growth has done significantly better than value for very understandable reasons, it would also appear that the disparity is too much and growth has more risk to it in the next cycle than value. With that being said, however, I really like this chart from Yahoo Finance that shows the rationality of the change in prices of different market segments. 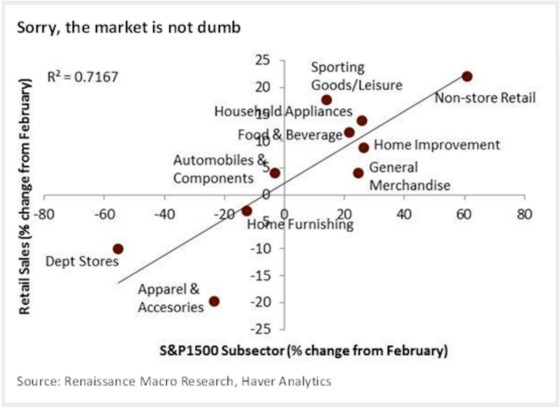 On a Personal Note

I will leave on a personal note. The real reason I focused on this theme of Change With Success is because I have been playing tennis pretty well and improving yet I felt like my game was lacking a consistent and confident use of power, particularly with my forehand, and this was holding me back from going to the next level. So I decided to take a lesson and the instructor had me change my grip and mechanics.  During the lesson, I was able to see some dramatic improvement in my forehand. The real test, however, was the next day when I was going up against someone with whom I have been very evenly matched since we started playing singles a couple of months ago. I kept telling myself that I had to change with success even though I was taking a big risk because what I had been doing had generally been working.

So how did it go?

I got crushed. It was an abomination. What worked in practice was a disaster in a real match in which I had to contend with a very smart and crafty opponent, manage through a great deal of heat and humidity which impacted my stamina, and deal with my ego and emotions as my new forehand grip and swing were implemented terribly. I was very down on myself and started wondering what the hell was I thinking, will I ever be able to compete with him again, who am I trying to fool, will I really develop the confidence to use this new approach? All of these questions and doubts after my first application of the new grip and mechanics.

I decided to do my best to drain myself of ego and expectations during my next match with a different opponent. And while I played better and was able to persevere, I realized that I still have so much work to do in order to integrate this new forehand into my game. Upon further reflection, I also concluded that these setbacks and striving for improvement and personal challenges are all part of a growth mindset that has served me well over the years and that these setbacks provide me with the necessary humility to knock me off of my pedestal and want to practice and do the work necessary to gain the satisfaction of improving my game significantly over time. I have succeeded by creating small habits that I stick with that compound over time such that the outcomes in various aspects of my life have improved significantly. Why should tennis be any different? The real challenge here is that I’m competing against others rather than just myself so I have to be willing to accept defeat with grace and humility in an effort to significantly improve over time. This is a huge challenge given my competitive nature. I have to be willing to accept one step backward in order to go two steps forward.

Ok, I needed to get that out and I know the link is tenuous with the social and financial implications of concentrated wealth and monopoly power and the disparity between growth and value but I feel better regardless. Thank you for indulging me.