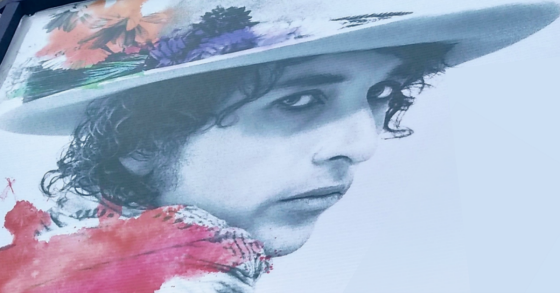 Sometimes the answers are available to us if we just pay attention and think more expansively to connect the dots. I watched the new Bob Dylan documentary about his 1975 tour called Rolling Thunder Revue. I liked it but didn’t love it. Seeing Dylan interviewed was definitely a treat and hearing him play so many great songs with incredible energy was a delight also. I thought it was a bit long and not terribly interesting in many of the parts. I subsequently came to learn, much to my surprise, that two people in the film were actually fictional in that they never existed and one person existed, but her story was completely made up. I must admit I was a little taken aback by this and a bit miffed.

I wasn’t alone as I listened to people talking about this very topic on Volume (SiriusXM channel 106) and one of the hosts had the same feeling I did. I told my daughter a bit about the film. She’s a Joan Baez fan so she featured prominently in the film as she was very connected to Dylan during the 1960s and some of the 70s. My daughter was interested in seeing some of the scenes with her versus watching the whole thing. I convinced her to start watching it from the beginning.

Knowing that some of the characters were fictional made me view the film with a different set of eyes. I was now on guard for being tricked! And upon further reflection, I should not have been so surprised by the deception because the subject of the film is one of the world’s great tricksters. And then on top of that, there were many clues that were just laying there to be picked up for anyone who chose to pay attention. Of course, everything looks obvious in hindsight and that’s why investing seems relatively easy when in fact it’s quite challenging.

The first clue is in the description of the film which is captured in the screenshot below. Had I just read it and not assume what the movie was about I would have been alerted to this not being a standard fact-based documentary. The key line is the first one which says “In an alchemic mix of fact and fantasy…” Duh! I call this Maleitis which is not seeing what is right in front of you. Males tend to disproportionately suffer from this. 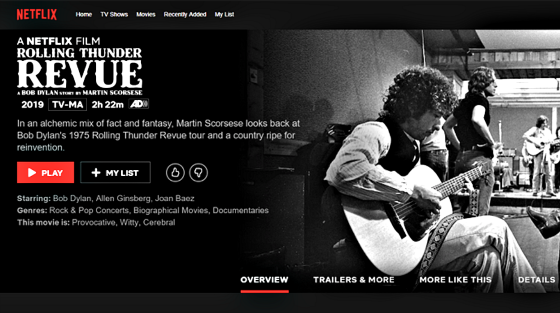 Alchemy, of course, is the attempt to transform base metals into gold. So right there my antenna should have been up, particularly when it goes on to say that it’s a mix of fact and fantasy. At that point, I should have been prepared to question much of what I saw in the film.

It’s time for clue number two and it’s right at the very beginning in which a magician is shown doing a trick. The next image shows this. Had I been thinking symbolically and not literally, then I would have been on guard for sleights of hand throughout the film. 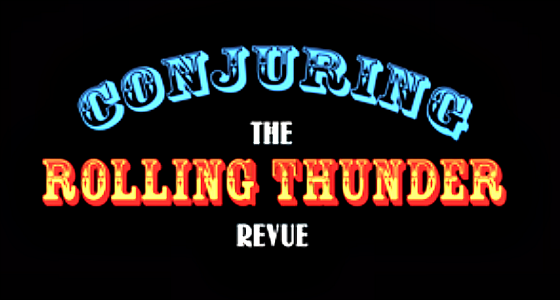 A revue is a multi-act form of entertainment that combines music, dance, and sketches. And I guess that’s another clue. Bob Dylan called his tour the Rolling Thunder Review in 1975 to create a theatrical experience. People wore masks and painted their faces as Dylan did here. 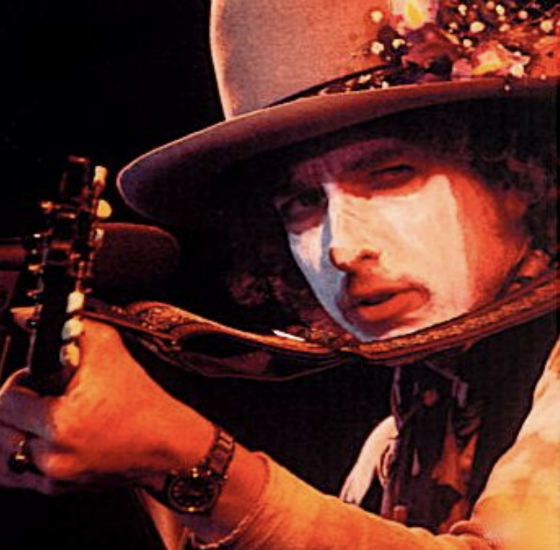 I must admit that I’m a bit stumped regarding the next screenshot. I’m not sure why a hyphen was added to transform “Revue” into “Re-Vue”. Maybe it’s a do-over or transforming the original tour like re-cycling? I’m clearly searching so if you have any insights please share them. 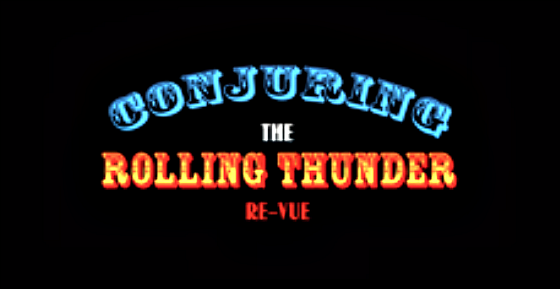 Finally, the last clue was that this was categorized as “A Bob Dylan Story” which implies that it’s something he created and there is no reason to accept what is shown as being completely factional. In fact, it’s not as it’s an alchemic mix of fact and fantasy as the summary told us. 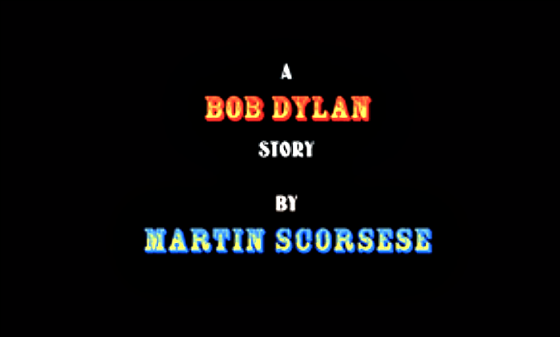 I bring this up because as investors it’s easy to say why things happened in hindsight. It’s much harder to find the clues that are out there and aggregate them to form a mosaic to help predict how things might unfold. Or one can overweight certain pieces of information at the expense of other, more valuable data. For example, up until recently the Fed has focused on the unemployment rate as the key indicator of the economy’s health while seemingly ignoring or underweighting the flattening to inverting yield curve, a softening housing market, a slowing auto market, weakening durable goods orders, trade frictions impacting manufacturing and the farming sector, and the end of the sugar high from tax reform. The market was screaming that the Fed needed to start cutting rates as it viewed the data and trends far differently than the Fed. The market will win out as the Fed will cut rates at the end of July.

In a similar vein, Ben Bernanke famously said that the subprime issues were contained. This turned out not to be the case as the global economy almost went into a depression due to the contagion effects of these bad loans infecting the banking system and housing market as well causing a temporary credit crunch.

If you want to see what I think is a great approach to finding the right clues and putting them together to form a thesis statement (the Fed is behind the curve) then I suggest you read this from Knowledge Leaders Capital (I highly recommend reading their blog). Be careful though as I may be suffering from confirmation bias and only looking for information and analysis that supports my belief.

This analysis, along with other blog posts I’ve written about interest rates, is part of my Rolling Libor Revue…A Gary Carmell story.