Soar with your Strengths, Not your Passions: More Advice for your Kids 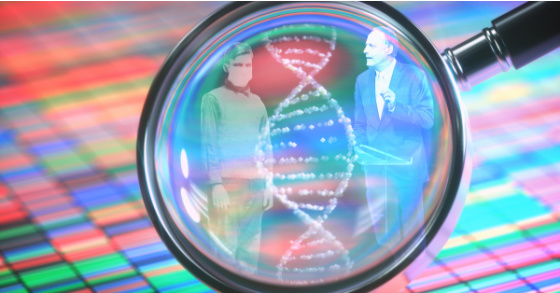 A few years ago I did 23andMe. I was not only curious about my ancestry but what medical risks might be present based on my DNA. Fortunately, I don’t appear to be predisposed to any serious ailments. Over the course of its many years in business, the company has captured a treasure trove of data. From time to time I get notifications about people who have recently joined 23and Me who could be related to me. I came to learn of one person who was a very strong match with whom I was not familiar. I asked my mom if she recognized the name and she said she was related to my paternal grandfather who I never knew. After reaching out to her son who, unbeknownst to me, took his mom’s saliva and submitted it to the company since she was suffering from dementia, he put me in touch with a cousin of his (and mine but more distance) who gave me more color on my very colorful grandfather. She wrote me a long and informative email about him as well as other members of his family. I came to learn that my great grandfather died from the Spanish Flu in 1918 which I found to be rather poignant given we were in the heart of Covid and its ravages when I found this out.

Predisposition to Specific Skills and Attributes

In addition to information about potential relatives, members are also notified about the results of studies that they thought might be applicable to particular customers. For example, I was notified a few weeks ago of a study that really blew my mind in that I never associated having a genetic predisposition to certain skills and attributes. I would guess that most readers of this post don’t know what glossophobia is. It happens to be a fancy medical term for fear of public speaking, which happens to be one of the people’s most anxiety-generating actions. Talk about (pun intended) being exposed. When we speak in front of others we put ourselves at the perceived, and I emphasize perceived, risk of embarrassing ourselves by not sounding coherent, articulate, interesting, having weak vocalization, not knowing what we’re talking about, boring the audience, etc. Most people do not like a lot of eyes fixated on them. It’s understandably potentially very uncomfortable and anxiety-provoking.

For whatever reason, I have never had this fear in any sort of meaningful way. On the contrary, I tend to enjoy public speaking. I like coming up with insights and synthesizing them into an interesting, informative, and relatable narrative which leaves the audience better informed and having them depart feeling that it was a very valuable experience and a good return on their time.

Preparing for a presentation helps me think through issues in ways that forces me to design and organize so that it meets the classic Greek criteria for delivering a compelling presentation. These are logos, ethos, and pathos as the following graphic shows. 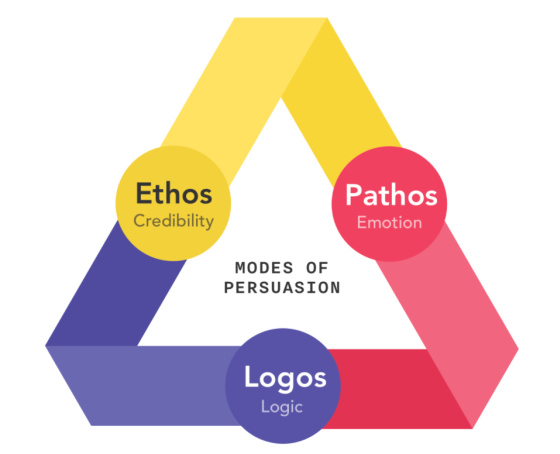 One has to have credibility so people are willing to listen to what you have to say. One also has to deliver a logical presentation so one can connect the dots from the premise to the supporting evidence and conclusions so that they can find it persuasive. Finally, people will be more engaged and find the presentation more memorable if it’s associated with an emotional connection to the presenter through personal stories, vulnerability, and revelations and in doing so people can find potential relatability to the presenter’s stories to their own lives or at least invoke empathy and sympathy via the triggering of powerful emotions.

2021 was my 34th year at CWS and I have been fortunate to be able to use my presentation skills from early on in my career. As such I have been able to gain a lot of experience in presenting and in doing so I have hopefully improved, honed my craft, and having one of the byproducts being increased confidence that comes with more experience and effective feedback.

So why do I bring this up?

Since I have known about the dread many people have of public speaking, I was rather proud of myself that I have been able to buck the trend by not being afflicted by it. There’s a song by Phish called Waste. It’s quite beautiful and moving. The lyrics at the beginning remind me of people’s fear of being vulnerable.

This is a beautiful example of the importance and beauty of art.

Powerful works of art can articulate thoughts and feelings that are often dormant in the depths of our subconscious and bring them to the surface to reveal truths and a deeper revelation about ourselves as well as a greater connection to ourselves and humanity.

Don’t want to be an actor pretending on the stage

After all of these years of being so proud of myself that I have been swimming upstream by having overcome any fears I have had of public speaking, I now realize that I was only partially in control.

It turns out that I’m genetically predisposed to not having a fear of public speaking! This is the bottom line from the report. 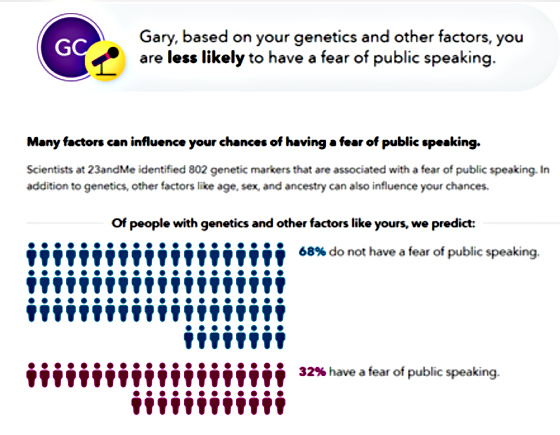 I had no idea that there are 802 genetic markers associated with a fear of public speaking, let alone one!Click To Tweet

One of my takeaways from this is that it’s more important to soar with one’s strengths than to focus intently on shoring up one’s weaknesses. There should be other people that can do what you don’t do so well but not many who can do as well in the areas in which you excel. I’m a better strategic thinker and generator and communicator of important ideas and insights that can really move the needle in terms of advancing our business and avoiding material risks. I’m not the best person to manage the details of projects and in-the-box job functions that are precise and repetitive. Fortunately, we have far more talented people in these areas than I to handle these very important parts of our business.

So what advice would I have for parents to convey to their kids?

For this, I will turn to Mark Cuban who corroborates how important it is to follow your strengths. But what about doing what you’re passionate about? Forget it.

This is what Cuban has to say. I have emphasized the most relevant parts by boldening them.

Cuban says that’s bad advice because you may not excel at what you are passionate about.

“I used to be passionate to be a baseball player. Then I realized I had a 70-mile-per-hour fastball,” says Cuban. Competitive major league pitchers throw fastballs in the range of 90-plus miles per hour.

“I used to be passionate about being a professional basketball player. Then I realized I had a 7-inch vertical,” says Cuban. Top contenders for the NBA draft in 2017 each had a max vertical leap over 40 inches.

“There are a lot of things I am passionate about. A lot,” says Cuban.

Instead, pay attention to those things that you devote time to, says Cuban. Double down your investment there.

“The things I ended up being really good at were the things I found myself putting effort into. A lot of people talk about passion, but that’s really not what you need to focus on. You really need to evaluate and say, ‘Okay, where am I putting in my time?’” says Cuban.

Success is a byproduct of continuous and consistent effort that compounds over time. We tend to invest our time in what we’re good at, naturally or learned, and these capabilities become more pronounced as time goes by such that we have the potential to be very good at something and be invaluable to organizations, others, and the world at large.

Soar with your strengths!