Working from the Solution: Lessons from Firing the Pool Guy 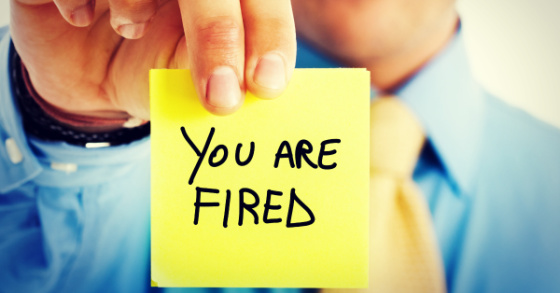 I’m usually a very patient person, and sometimes, it’s to my detriment. It can lead me to tolerate situations longer than I should. On the other hand, when I have reached the end of my rope, then watch out as I can be quite decisive in taking action to change the situation, and my tactics may not always be so tactful.

I was faced with such a situation last week. I had a pool built at my house that was finally completed in January. The pool company hires someone to do the punch list items to make sure it’s in working order before releasing it to the owner. I liked the guy who did the work and found him to be very knowledgeable, a good communicator, and very precise in his speaking as if he were a teacher. I assumed he had a good work ethic, but only time would tell. Although I had a recommendation for another pool person, I decided to hire him.

Access to the pool is a bit convoluted as one needs to go all the way around the house to get to it. I would occasionally watch him briskly traverse the perimeter through the window carrying some of his equipment. It was clear as time passed that he was on a mission to get in and out. Productivity was the name of his game. My girlfriend Heather would notice him and comment how he was doing very little because, at most, he was there 10 minutes each week. I chalked it up to efficiency, knowing I was deluding myself. One of my personality defects is that I don’t like when people point out what I know deep down to be true, but I don’t want to hear because it means I have to make a decision to have a difficult conversation to correct the problem. So I get annoyed with the messenger, which is really just being very annoyed with myself.

Things came to a head last week when we had one of our periodic Santa Ana wind events that blew a lot of leaves into the pool. Call me crazy, but I don’t think it’s too much to expect a pool guy, as part of his regular service, to vacuum the pool so that when he’s done, it’s nice, clean, and very inviting. Given this basic expectation, I naturally assumed he would remove all of the leaves by the time he was done.

Heather, on the other hand, had far different expectations as she was so skeptical of him actually doing this that she went upstairs so she could video him from her phone from a bird’s eye view perspective so she could prove to me how delusional I was and that I was being bamboozled.

As she was doing this, which I didn’t realize was happening until after the fact, she yelled down and said he was leaving without vacuuming the pool. I said there was no way and that he was going back to his truck to come back with the vacuum.

Sure enough, Heather was right.

He got in the truck and pulled away, and left the house. I couldn’t believe it. I was seething with anger. I had to take pictures of how he left the pool to memorialize such a blatant disregard for one’s work and the epitome of not giving a sh&%t. This is how he left the pool. It’s only a small area but trust me. The entire pool looked this way. 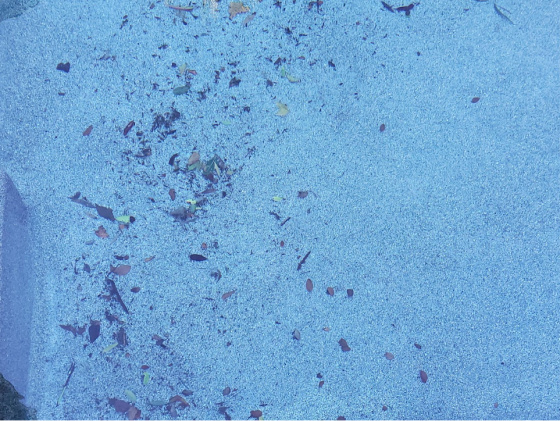 I was so pissed off that I immediately fired off a text to him with two pictures of the pool and said,

“You really left the pool like this? I am going to hire someone else. Thank you.”

How does he respond? With a Like! He then has the chutzpah to say, “Thank you. I’m in favor of the switch. I appreciate your business up until now.”

I was floored. I chose not to respond. He made it sound like I should feel grateful for him signing off on my decision as if he were my pool guru.

One thing I learned about my initially disastrous foray into the stock market prior to Covid was not to be afraid to sell some of my losers, especially if they could help shelter some gains from other investments. Don’t get emotional about it. Get curious. Cut my losses, try to learn from my mistakes, and then move on. This is how I approached the schmuck pool guy who was basically “Quiet Quitting” on me. Cut my losses, acknowledge that I made a bad decision, learn from it, and focus on moving forward.

So what did Heather and I do after I fired him? I said that we had to go to Leslie’s Pool Supplies to purchase a robotic pool cleaner. Never again will I be at the mercy of some lazy idiot to clean my pool. I will still need someone to do the chemicals, but that should be pretty easy for them and not require carrying equipment around the house to get to the pool.

The salesman showed us two options. I chose the more expensive one because it could be integrated with my existing pool app and had more capabilities. Here is the box after we brought it home. 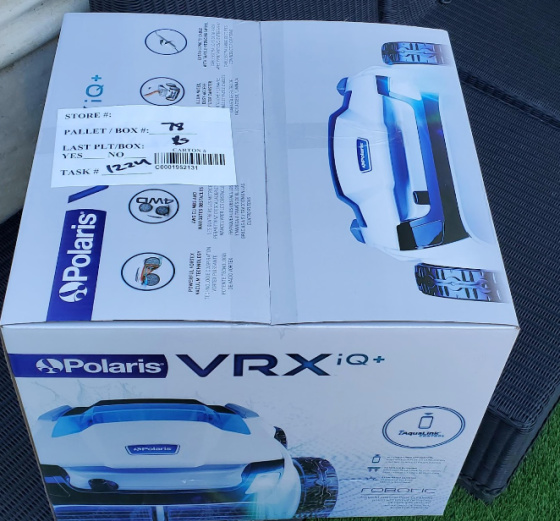 After spending a little time assembling it we were ready for its maiden launch. I was very excited and quite proud of myself that I fired that bozo and took immediate action to work from a solution-oriented mindset rather than stewing in my anger. Heather and I couldn’t wait to see if it really worked as advertised. 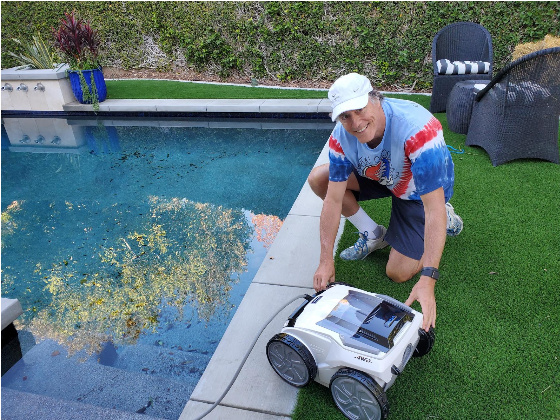 Its first cleaning session is used to map the pool with its sensors so that it can determine how long it needs to clean as well as calibrate its movements to the pool’s various depths, lengths, widths, waterline, edges, etc. It takes 2.5  hours to do that.

We’re currently calling the little guy Jacques for Jacques Cousteau. I still think of him more like R2D2, but we’ll see what name ultimately sticks.

This picture shows Jacques pretty early in his maiden voyage. 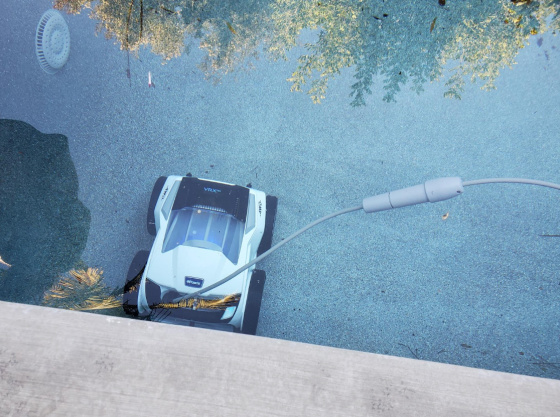 Here is Jacques going up the edge to the water line. 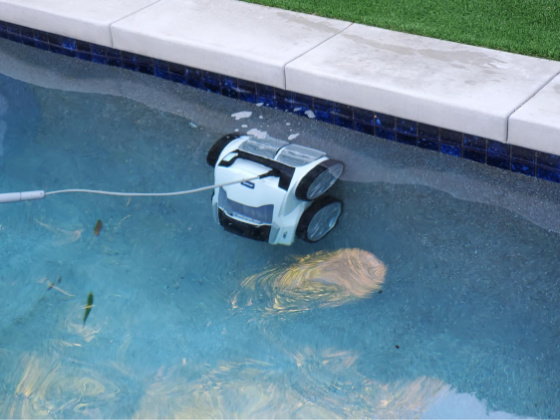 Here he is fully submerged. 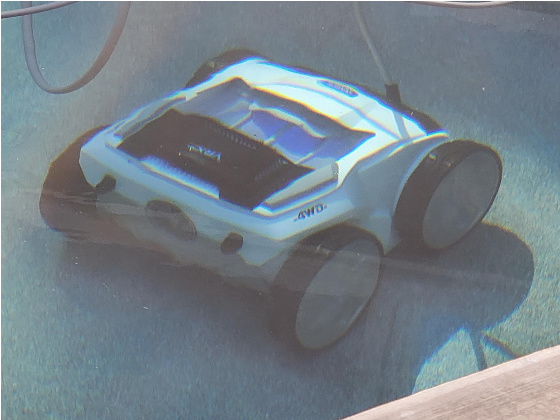 And here is how a section looked after its first cleaning. To honor the recently departed Irene Cara, my reaction was, “Oh, what a feeling!” To see how meticulously clean the pool was by a robot that is so enjoyable and interesting to watch doesn’t have an attitude and was designed for consistency, reliability, and competence, reinforced for me how the inevitability for automation of many positions is only going to gather speed in the years ahead. 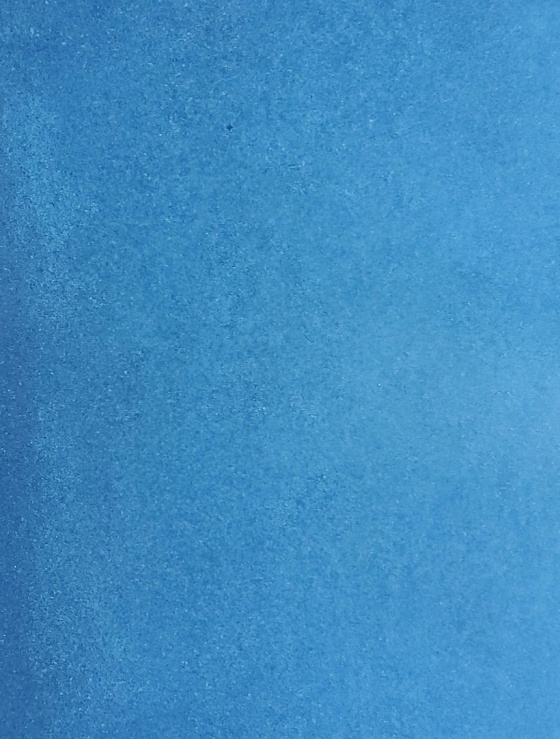 Here is a chart showing the deployment of robots in non-automotive sectors as well as an important bullet point highlighting the irreversibility of this trend. 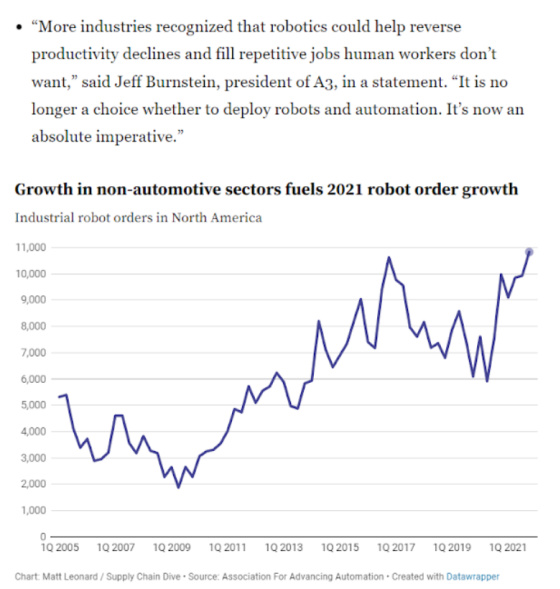 So what did I learn?

By letting the pool guy go, I got rid of dead weight, forcing me to find a better solution. It was a double win. I felt good about taking a difficult action and then added to the positive feeling by putting a much better solution into action.

I’ll leave you with this from renowned physicist Richard Feynman as I think this is applicable to my experience of firing the pool guy. 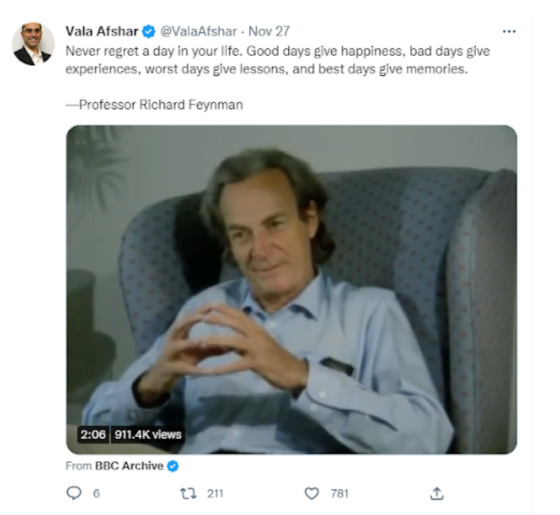 3 comments on “Working from the Solution: Lessons from Firing the Pool Guy”