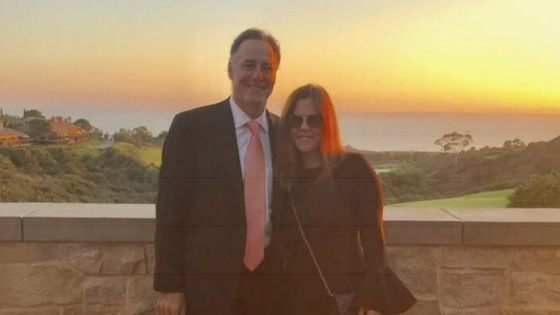 Saturday marked the second anniversary of Roneet’s passing. In many ways, it’s still hard to believe. And yet, because of her passing and all of the adjustments that I have had to make, quite a bit has changed as well. Early on I said that I never intended to move on but to move forward. She will always be an integral part of my life and who I am because of my most formative years as a young adult and adult were spent with her. We created a set of powerful, indelible experiences that have helped shape how I see the world and make decisions and what’s important. We had a great partnership that was rooted in shared values, a common culture centered around our Jewish heritage, an alignment of goals (what she wanted was what I wanted of course), a deep commitment to our kids, family, and friends, and living for today while also saving for tomorrow.

We had a lot of fun, we traveled the world, and whatever success I have had would have been far less had she not been there rooting me on, advising me, and kicking my butt when she knew that is what I needed. She is no longer physically present but I have done all I can to integrate her and internalize her in my heart, soul, and life.

Lately, Roneet has been coming to me more in my dreams. This was not always the case. She must have something to say to me or there is something I need to hear from her, which is probably the real reason. I still often ask myself “What would Roneet do or think?” when I’m contemplating a decision to make. And when I ignore her advice or wisdom, I tend to pay the price for it. One example relates to the fires and huge wind gusts that we had last week in Orange County. My home was in a voluntary evacuation area (orange shaded area on the map below) so we were close to the fires. 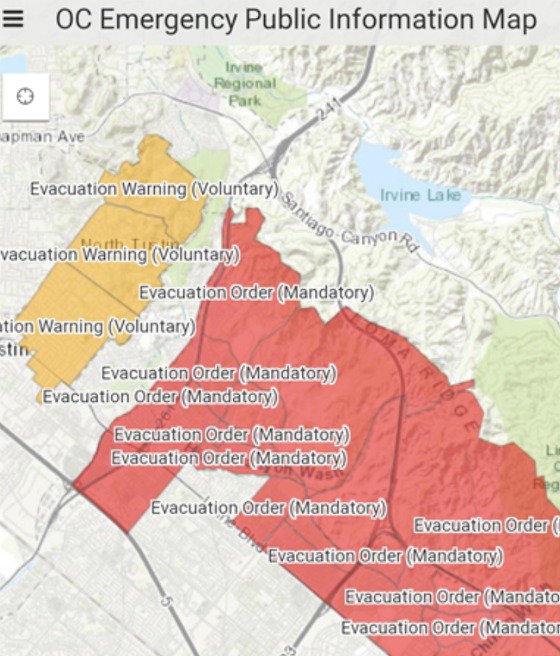 The wind gusts were so powerful and clearly could wreak havoc if there were large, loose objects on my property. In my backyard, I have a long table with a glass top that has an umbrella on top of it. I know for sure that Roneet would have told me to move the umbrella off the table and collapse it because she could have foreseen that the wind could send it aloft and it was a risk not worth taking. Of course, I didn’t plan ahead. I even noticed the umbrella fall down on the table and thought that it was positioned in a way that it wouldn’t move from there. I even took a picture of it thinking how lucky I am that I don’t have to exert the effort to remove the umbrella since it’s situated safely in place as this picture shows. 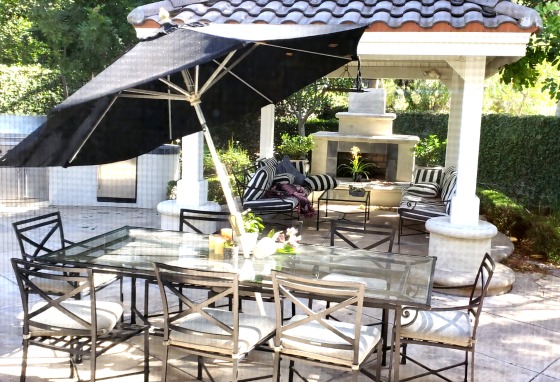 Boy, what a lazy schmuck I was (hearing Roneet’s voice in my head) as a little while later I went back to the window to see if my theory was right about the umbrella staying in place, even in the face of more severe wind gusts. Right in front of my eyes, I saw the umbrella become dislodged and violently wreak havoc on the table and shatter the glass into thousands of pieces. It was a combination of the Wizard of Oz tornado scene and Tommy Boy when Richard’s beloved car is destroyed by a deer that he and Tommy thought was dead in the backseat, only to see it come alive and decimate the car. It’s how I felt about the umbrella.


And here is what happened and proved my theory completely wrong. Or maybe, more honestly, my wishful thinking. 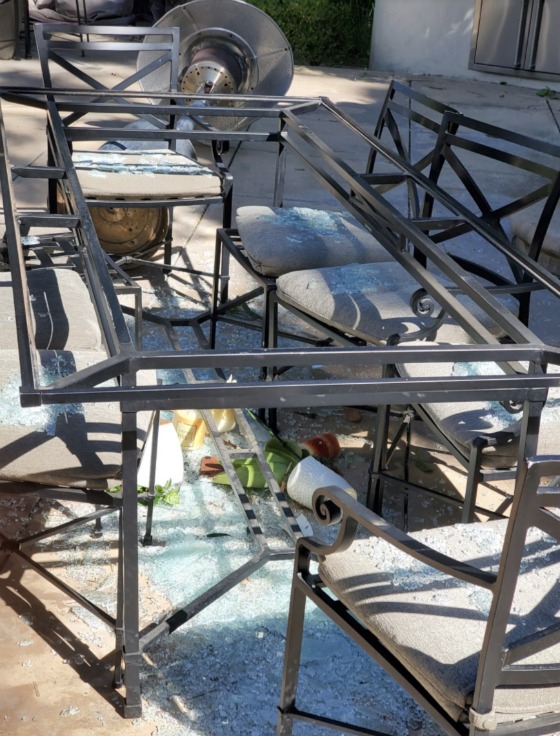 I guess in some ways this is representative of my life after Roneet’s sudden and shocking passing two years ago. One path I could have taken was to become incapacitated by the loss and withdraw and leave the pieces of glass shattered on the ground and deal with it later or have someone else clean up the mess. What spurred me into action was that my kids were depending on me and I could not be incapacitated, especially since they had just lost their beloved mother. They needed me to be present and there for them and I needed them as well. In addition, I have a rather complicated financial picture and no one understood it in its entirety but me, and if I let it slip it could create big problems. It got even more complicated when having to manage the estate issues so I needed to be clear-headed to make some important decisions.

Regarding the shattered glass, I first got really pissed at myself for being lazy and stupid and creating unnecessary risk exposure. I kept hearing Roneet telling me “I told you so” and then letting it go and getting into action. Then I thought about how much I love having my son’s dog Harry come over and how it would be way too risky for him to be outside with so many pieces of glass on the ground and in crevices between the concrete squares. And of course, I didn’t want others to be at risk as well, but the risk for people wearing shoes is a lot less than for Harry who is running around exposed and not able to avoid running or walking over pieces of glass. 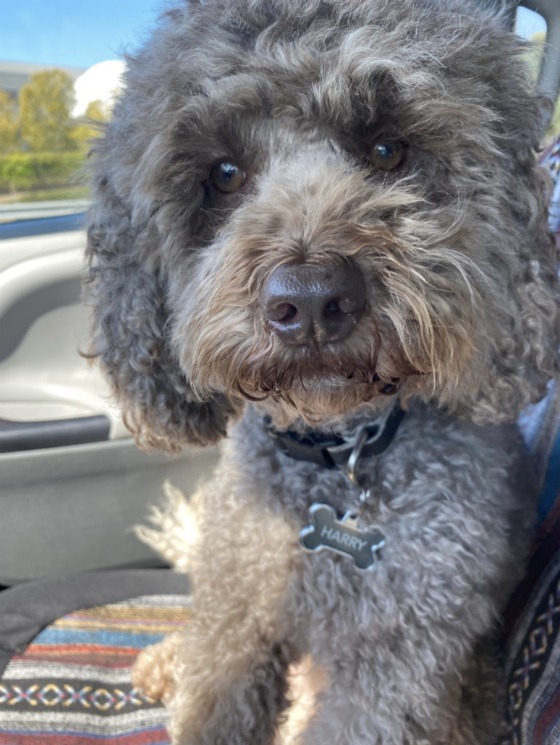 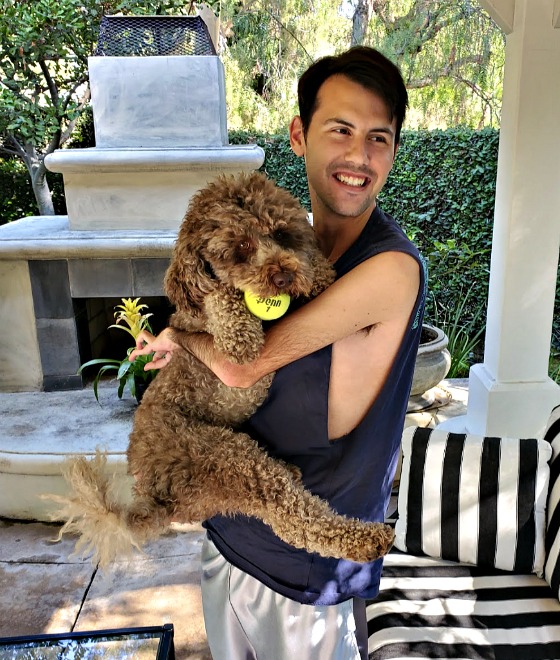 I had to take action and clean it up. I was on a mission and nothing was going to get in my way. Despite having a stiff back from having played a lot of tennis, I bent down to sweep up the glass for a few hours because I was intent on making it as safe as possible. Yes, my back stiffened even more, but so did my resolve. I had a job to do, I was responsible for the stupid mistake, I was intent on fixing it, and I wanted Harry to make more visits so I had to clean it up thoroughly. The winds have stopped, the fire risk has subsided, and I have made great progress in cleaning up the glass like the picture below shows. 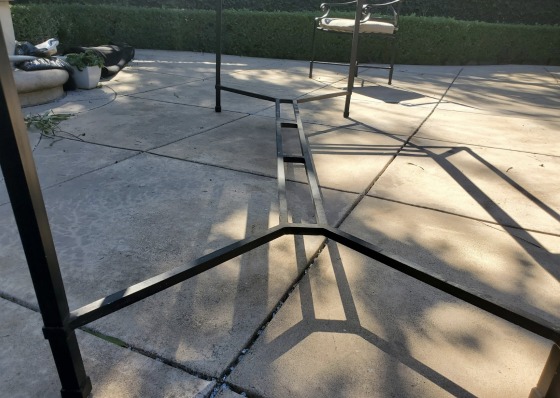 As you can see in the crevices there is still more work to do but the job is almost done.

I’ll wrap up this long post by turning to someone who has influenced me over the years: Joseph Campbell. He was an expert on myths and religions and devised the structure and design of the hero’s journey. In reading about his life he had described the different paths one can take when faced with life’s challenges. This is what he had to say.

CAMPBELL: The image that comes to my mind is a boxing ring. There are times when. . .you just want that bell to ring, but you’re the one who’s losing. The one who’s winning doesn’t have that feeling. Do you have the energy and strength to face life? Life can ask more of you than you’re willing to give. And then you say, “Life is something that should not have been. I’m not going to play the game. I’m going to meditate. I’m going to call “out.” There are three positions possible. One is the up-to-it, and facing the game and playing through. The second is saying, Absolutely not. I don’t want to stay in this dogfight. That’s the absolute out. The third position is the one that says, This is mixed of good and evil. I’m on the side of the good. I accept the world with corrections. And may [the world] be the way I like it. And it’s good for me and my friends. There are only the three positions.

Do I want to be known (to myself and others) as one who withdraws in the face of what life demands of me or do I want to accept that life asks of us certain things that challenge us and help us learn and grow and transform.

There’s something rather, what can I say, exhilarating about putting yourself on the side of life, instead of on the side of protective ideas. When all of these protective ideas about life that you’ve been holding on to break down, you realize what a horrific thing it is, and you are it. This is the rapture of the Greek tragedy. This is what Aristotle called catharsis. Catharsis is a ritual term, and it is elimination of the ego perspective: wiping out ego-system, wiping out rational structuring. Smashing it, and letting life—boom—come through. The Dionysian thing smashes the whole business. And so you are purged of your ego judgment system by which you’re living all the time.

I’m choosing the side of life.

4 comments on “A Shattering Experience”