What Is Your Story? Creating A Story Where You Are The Hero 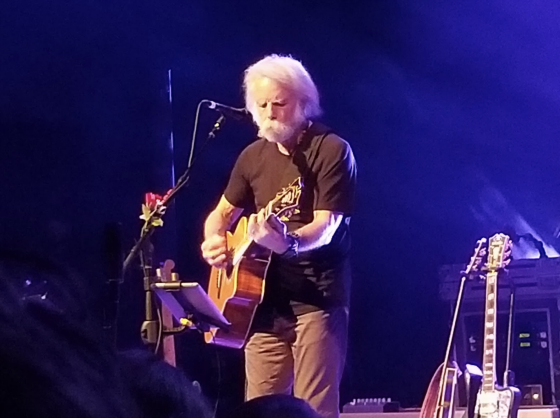 Marc Andreessen said something in an interview that I have thought a lot about over the years. I have been a big fan of Joseph Campbell who was an expert on myths and deconstructing the hero’s journey into its most important components and structure. Campbell encouraged people to live mythically and become the heroes in their own personal journeys.

In the interview, Andreessen was asked about whether companies and founders should take into consideration the second and third-degree effects of their technology. Andreessen generally agreed and then offered up some caveats. His response touched on the notion of being heroes in our own stories. He said the following:

On the lot, I would say I think we all have responsibility to think about the implications of what we do, and I actually believe that most of us do. I generally believe in the idea that everybody is the hero of their own story. Right? So we all have an internal narrative, like I am the protagonist and you all are all like, in D&D [Dungeons and Dragons] we called you all non-playing characters or in video games you are all bots, I’ve got my moral path, and I know what I’m about. I don’t know about the rest of you all, and we kind of all have that point of view. Right? We each have a sense of ourselves as making moral progress through life, and then it turns out that we don’t all agree on our respective views. I actually think most people in most fields of human activity and I know most people in the Valley have a very strong view like in private after a few drinks, they will tell you, no, I really believe in what I’m doing XYZ. There is not a lot of historical evidence that either the inventor of the new technology or anybody else can anticipate the effects very well.

The key point for me is what he said about everybody is the hero of their own story. While I generally agree with this, I would go a step further and say that it’s incumbent upon us to create a story for which we can be the hero. The former can be used to justify or enable us to become a victim while the latter can be a more active, creative, and life-affirming endeavor.

I saw this in action when I had the pleasure of attending the Grateful Dead spinoff band Dead & Company’s opening show of their current tour in Las Vegas on May 27th. John Mayer is now part of the band and he has become an integral player and a huge contributor. While no one can replace Jerry Garcia, John Mayer has brought an incredible, youthful energy and immense talent to help revitalize the band and help catalyze yet another renaissance for this remarkable institution of American music. 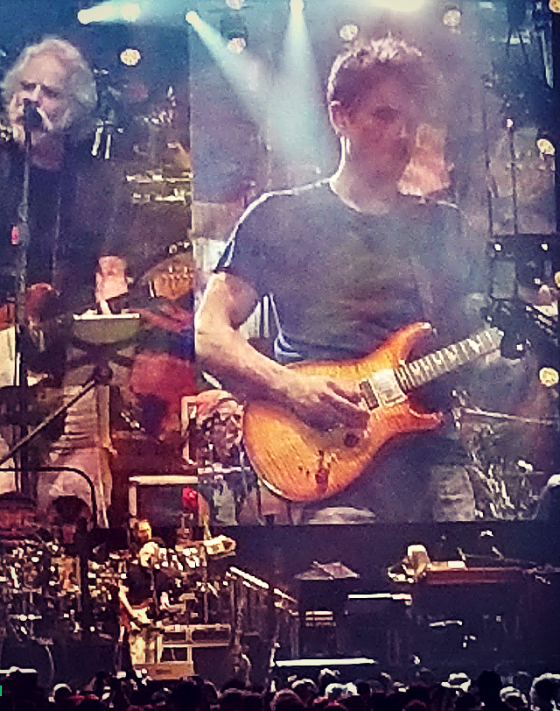 I have been fascinated by his journey from a rather unarguably and (admittedly by him) pretty egotistical pop icon and a superstar to a member of a derivation of a legendary band that he only first became acquainted with in 2011 after hearing the song Althea on Pandora as part of a Neil Young channel playlist.

Mayer said that becoming part of the band saved his life. He became part of something far bigger than himself without having to give up who he is or his solo career. For the first time, he could be part of “it” without having to be “it.”

In some ways, I have some similar thoughts and feelings being part of such a remarkable company as CWS, which too is not far from having been in existence for 50 years. Unlike Mayer, I never had a “solo” career as I started working at CWS 30 years ago right out of college. Like him, however, I see the enormous benefits of being part of something much bigger than myself while also being able to leave my mark on the organization and help enhance the lives of those who interact with us. I wrote about this recently.

The story I feel I’m living is guided by the company purpose of Enhancing Lives The CWS Way. We are involved in three of the most important aspects of people’s lives: Their money, where they live, and where they work. It’s been very motivating and helpful to have developed this story to live within to keep me engaged, finding the strength to persevere when times get tough, and to feel like I’m doing something of value. It also helps in guiding me to make more selfless decisions and to stay on the ethical path.

From John Mayer’s perspective, I would assert that what has saved his life is that he changed his story and has now become the hero of a much grander and more important adventure. Mayer was recently interviewed in Relix in anticipation of hitting the road again with Dead & Company. He discussed how he feels it is his sacred duty and obligation to introduce this music to younger people because it can be such a positive influence for those who are open minded to expose themselves to it on more than a surface level. And since he is 40 and much younger than the other members of the band, he has the ability to connect with the music loving youth given his age and pop stardom. Mayer first describes the challenge of trying to introduce something old, but often better, to younger people who prefer to be rolling with what is contemporary. This is how Mayer frames the dilemma:

Mayer, who will turn 40 this fall, acknowledges, “Most of the time, it takes somebody to do something again for the new generation to find it. As an aging musician, you have to accept that there are better iterations of a design that still exist but that aren’t as popular as the current derivative version of it. But people want to participate in real-time with the artist. They want to know that the song they hear was written in the same air they breathe.”

“That’s just the way it is,” he continues, “and I have to imagine that, one day, when I have kids, my kid is going to run in the room and go, ‘Listen to this song.’ And I’m going to say, ‘You know that song is just like this other song but not as good. Let me play you this other song.’ And they’ll go, ‘No, not interested.’ There’s a certain modernity to it, where it doesn’t feel like it’s happening in their universe.”

It’s clear when observing Mayer on stage that he is radiating joy when playing with the band and he has found his calling. Mayer acknowledges in the interview that he is now guided by an even greater purpose than being the lead guitar player in Dead & Company. He has essentially changed his story and the quest he is now embarked upon.

When asked whether this perspective informs a certain missionary zeal that he brings to Dead & Company, Mayer responds,

“Absolutely. That’s my nesting place in this. I think if I wasn’t looking at it that way, I’d be milling around inside this thing, trying to find a place to stand comfortably. The way that I have found to stand comfortably in this is I am helping to keep the portal open. I think that’s what people have responded to.”

“I get a lot of people’s feelings told to me about this music,” he adds. “They tell me how many times they saw the Dead and, then, they’ll talk about how this band makes them feel. And every time someone comes up to me and wants to talk about the Grateful Dead or Dead & Company, I just go into the most placid, satisfied, comfortable zone because it’s almost like somebody talking to me from a rotary club in some other state—‘Oh, we’re both in the rotary club.”

“But when they’re talking to me, they’re talking to one representative of this larger thing; they’re not talking to the guy who does it. My strengths as a musician are only coming into play as an assistant to the entire thing. For the first time in my life, it’s not about me doing the best this or the best that. I’m there as a brace that helps keep this thing open so that people can get where they want to go. They’re not even really making eye contact with what I’m doing or with me. I’m there so that they can make eye contact with what they want to see that’s above all of us.”

It’s an incredibly powerful thing when one’s ego takes a back seat to a more selfless existence that comes from living out of a powerful sense of purpose that subordinates one’s own selfish desires and need for gratification to serving a larger mission.

When you’re feeling stuck, down, unmotivated, or victimized I would encourage you to ask yourself what story you’re living. And if you want to feel more energy, motivation, and challenge then try to craft a different story that can guide your very personal journey so that you can lead the life you were meant to live. Read Shakespeare or other great literary works to immerse yourself in powerful stories that can take you to places and on journeys that can be inspiring, relatable, and have the potential to be life changing.

The bottom line is: Don’t be afraid to change your story!

What have you done to be the hero of your own story?

2 comments on “What Is Your Story? Creating A Story Where You Are The Hero”