Power of Visualization: What Do You See? 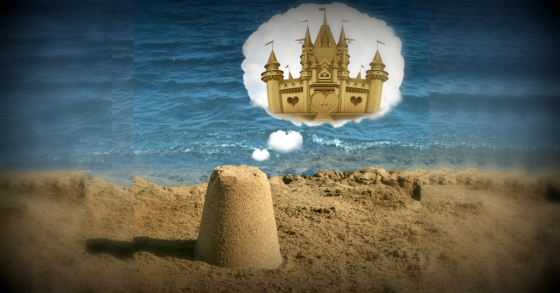 I recently read an article I enjoyed very much that touched on the importance of visualization in the context of  how to find the next million dollar idea. I highly recommend the entire commentary as it is extremely well thought out and quite holistic in its approach.

Visualization can be used to help make big decisions in life and also has great applicability to investing. The author focuses on the former while I will discuss the latter. This is how he used visualization when it came to deciding whether he should leave his job and start his first business. He says the following:

After clarity on the attractiveness of the business opportunity, the next step is to get enough conviction to take action toward launching the business. Should you quit your job or invest your family’s savings to build a prototype? Only you can answer this question because everyone has a different species of fear. It is fear of all the things that can — and will — go wrong.

I’ve found that one of the best ways to manage this fear is through visualization. No data, market research or opinions of others will replace this. A powerful guide to overcoming your fear is compelling imagery of the end goal in your mind. I remember “seeing” my start-up idea being popular and used by many as I pondered leaving the hedge fund I worked for in 2004. It was as if I got a sneak peek into the future and all I had to do was jump toward the inevitable. I quit my job in December and started working full time on my idea.

Jeff Bezos took a similar approach when deciding to start Amazon.com at the expense of foregoing a lucrative hedge fund career. He used regret minimization as his decision-making tool. When he looked back on his life from an old age he visualized himself asking what would he have regretted more: Starting Amazon.com and failing and giving up a lucrative career on Wall Street or not having taken the chance to start Amazon? He said not taking the risk with Amazon would have caused him far more regret and, therefore, the right choice was to pack his car up and move to Seattle with his wife. The rest is history.

Visualization also has great application when it comes to investing. One of the great investors of all time is Stanley Druckenmiller. He famously teamed up with George Soros to break the Bank of England by shorting the British pound and earning $1 billion doing so back in 1992 when $1 billion was real money. A protege of Druckenmiller’s describes how he learned from him how to use a form of financial visualization. Here is an excerpt from an

Here is an excerpt from an article I wrote about him on Newsmax.

“[N]ever, ever invest in the present. It doesn’t matter what a company’s earning. What they’ve earned. He taught me that you have to visualize the situation 18 months from now, and whatever that is that’s where the price will be, not where it is today. And too many people tend to look at the present, oh this is a great company, they’ve done this or this central bank is doing all the right things. But you have to look to the future. If you invest in the present, you’re going to get run over.”

As George Soros has said, “markets discount the obvious and bet on the unexpected.” The obvious is the present…that which is right in front of you and is most graspable. The unexpected, however, can only be contemplated by visualizing the future and asking provocative questions that can open up the possibilities of different future states. The unexpected may not occur but to bet on it requires out of the box thinking and a more open-minded approach to entertaining different outcomes than what is obviously happening now.

Schopenhauer said, “Every man takes the limits of his own field of vision for the limits of the world.” As investors we must expand our field of vision by deepening our intellectual tools so we can tap into psychology, history, politics, natural phenomena, economics (micro and macro), demographics, etc. in order to visualize various scenarios that may be very different from the present state and the catalysts that might bring them about. This doesn’t mean that one can’t do very well buying predictable, stable businesses with good growth prospects. There is a likelihood that they may keep performing like they have in the past. In fact, that’s why Buffett and Munger like simple businesses with strong track records of performance so they don’t have to think too deeply about so many unknown variables. They would prefer to pay a compelling price for a business with a high likelihood of plodding along. There is nothing wrong with this approach except when they have sunk billions into IBM and oil companies and their businesses changed in ways they didn’t contemplate or try to contemplate. Other businesses they were big believers in have also changed radically. These include newspapers and television stations as prime examples.

My only point in bringing up these examples is not to criticize Buffett and Munger, but to show how vitally important it is to take the time to articulate the key assumptions for making an investment and to think more broadly about why they could be incorrect (too optimistic or too pessimistic or just not happen). And of course, the price one pays for an investment is critical since overpaying can still result in a loss even if the assumptions prove to be true while underpaying could generate a profit even if the assumptions prove to be too optimistic but not so relative to what the market was pricing in.

When we evaluate a piece of real estate at CWS we try to identify the characteristics that make that property special, or unique enough to have recurring demand and then try to determine how durable those attributes are.

Ultimately we want to have a location that will improve over time and retain or attract more affluent renters while having a physical set of attributes that will not face obsolescence for a long time, if at all, provided we reinvest in the asset. I always ask the question, if this property didn’t exist would the world miss it? Hopefully, the answer is yes if we intend to purchase it. And of course, we have to be cognizant of the ability to bring new competition to our area through new construction and upgraded properties and the cost to build versus what it costs to buy.

The obvious is already priced in and doesn’t require out of the box thinking. The unexpected is not priced in. The great investors can see through the present and visualize future outcomes that can be radically different than what is priced in today. This is not easy to do by any stretch of the imagination. Fortunately, however, it doesn’t require many such opportunities to make a meaningful difference in the financial outcome of one’s life if one can correctly visualize a future that is far different than what investors believe will be the case, good or bad.

Before making a major life decision or investment takes some time to visualize various possibilities. Don’t let inertia take over. Try to take the time to think, feel, explore, meditate on, and sense how the future might differ than today and then act accordingly.

3 comments on “Power of Visualization: What Do You See?”