When One Thinks of Disruptors - FDR or Tech Titans? 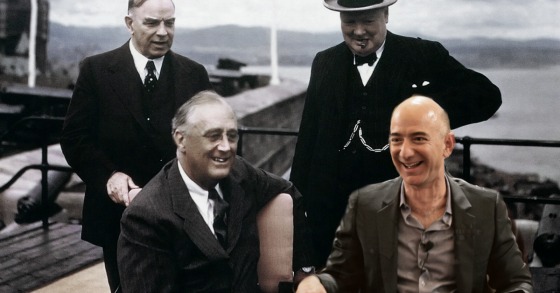 When one thinks of disruptors it’s not surprising to think of modern tech titans like Jeff Bezos, Mark Zuckerberg, Reed Hastings, Peter Thiel, Bill Gates, Marc Benioff, Steve Jobs, Larry Page, etc. I was reading an interview with the great American writer Philip Roth in the New York Times and he referenced books that he has recently read and what triggered his interest in them.

After having just read Titan: The Life of John D. Rockefeller, Sr., I find myself in a biographical frame of mind so when Roth referenced Personal Impressions by Isaiah Berlin my interest was immediately piqued as he met some incredibly interesting people over his long lifetime (1909-97) and wrote a book about some of these people. One of the key people he wrote about but did not get to meet was Franklin Delano Roosevelt (FDR).

The first chapter of the book is about Winston Churchill and he discusses FDR in that section as well as in another chapter dedicated to him. I must say I was quite stunned to read how he described FDR as being a disruptor (he actually used the word “innovator” but I think his description is more akin to a modern-day “disruptor”). I think his description is so spot on that I will quote liberally from it and I think it is a great description of many modern day disruptors such as those mentioned above. One of the things I have observed about disruptors is they are seemingly fearless and always looking forward. FDR was no different.

This is what Berlin had to say about FDR:

“Thus Roosevelt stands out principally by his astonishing appetite for life and by his apparently complete freedom from fear of the future; as a man who welcomed the future eagerly as such, and conveyed the feeling that whatever the times might bring, all would be grist to his mill, nothing would be too formidable or crushing to be subdued and used and moulded into the pattern of the new and unpredictable forms of life into the building of which he, Roosevelt, and his allies and devoted subordinates would throw themselves with unheard-of energy and gusto. This avid anticipation of the future, the lack of nervous fear that the wave might prove too big or violent to navigate, contrasts most sharply with the uneasy longing to insulate themselves so clear in Stalin or Chamberlain.” 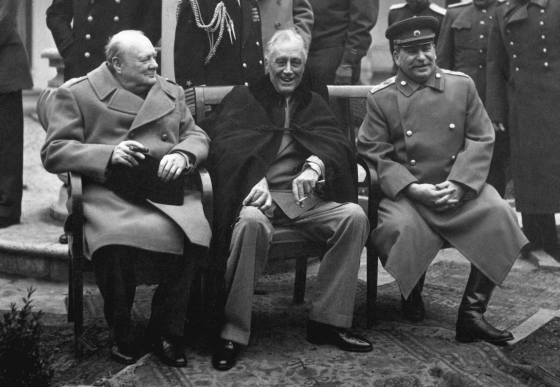 Substitute Steve Jobs or Jeff Bezos for FDR and Berlin could have been describing them.

In addition to fearlessness and an eye always on the future, great disruptors and innovators also have an incredible instinct for what consumers want and the confidence and ability to lead them there. Steve Jobs was famous for eschewing focus groups and surveys because he believed that most people truly weren’t able to envision what they truly wanted until they saw it and it is up to visionaries like him to provide it to them. Bezos has adhered to a few key principles in designing Amazon. These are a great selection, low prices, and fastest delivery. These won’t ever not be in demand and he is doing everything he can to create the infrastructure and logistical machine to deliver this and always be improving upon it for consumers across the globe.

Once again think of Jobs or Bezos when reading the next segment about FDR.

“His sense, not only of the movement of American public opinion but of the general direction in which the larger human society of his time was moving, was what is called uncanny. The inner currents, the tremors and complicated convolutions of this movement seemed to register themselves within his nervous system with a kind of seismographical accuracy. The majority of his fellow citizens recognised this – some with enthusiasm, others with gloom or bitter indignation. Peoples far beyond the frontiers of the United States rightly looked to him as the most genuine and unswerving spokesman of democracy of his time, the most contemporary, the most outward-looking, the boldest, most imaginative, most large-spirited, free from the obsessions of an inner life, with an unparalleled capacity for creating confidence in the power of his insight, his foresight, and his capacity genuinely to identify himself with the ideals of humble people.”

People who are crafting a bold future do not let naysayers get them down or hold them back. And sometimes they delight in engaging with those who are willing to challenge them. FDR was like this as Berlin points out.

This feeling of being at home not merely in the present but in the future, of knowing where he was going and by what means and why, made him, until his health was finally undermined, buoyant and gay: made him delight in the company of the most varied and opposed individuals, provided that they embodied some specific aspect of the turbulent stream of life, stood actively for the forward movement in their particular world, whatever it might be. And this inner elan made up, and more than made up, for faults of intellect or character, which his enemies – and his victims – never ceased to point out. He seemed genuinely unaffected by their taunts: what he could not abide was, before all, passivity, stillness, melancholy, fear of life or preoccupation with eternity or death, however great the insight or delicate the sensibility by which they were accompanied.

I really like how FDR was open to interacting with anyone provided they were forward thinking in whatever world or cause they led or occupied.

While of course there are many different leadership styles and motivations for why we want to go to where we want to go, I found it very interesting how Churchill was much more wedded to the past and tradition in terms of driving him and his core values as opposed to FDR who was much more forward-looking.

“But whereas Roosevelt, like all great innovators, had a half-conscious premonitory awareness of the coming shape of society, not wholly unlike that of an artist, Churchill, for all his extrovert air, looks within, and his strongest sense is the sense of the past.”

I think great leaders truly relish unpredictability and uncertainty and want to have the ball when the game is on the line. FDR was one of those people. I think they feel this way because stability is boring to them and they would much rather take the reins and help bring about the change according to their vision of the future. According to Berlin, Roosevelt took “delight in being alive and in control at a critical moment of history, in the very change and instability of things, in the infinite possibilities of the future whose very unpredictability offers endless possibilities of spontaneous moment-to-moment improvisation and large imaginative moves in harmony with the restless spirit of the time.”

Jeff Bezos has said that he always wants Amazon to operate from the perspective and sense of urgency that comes from everyday being as if it is Day One at the company. This creates a mindset of scarcity, the existential risk that it may not work, and constantly needing to prove oneself, a requirement for flexibility because nothing has really been figured out yet and the business model may need to change. It also engenders a great sense of purpose and esprit de corp.

Finally, great leaders have an extraordinary intuition as to where trends are heading and the fearlessness, persistence, and power of purpose and mission to do what is necessary to have their organizations blaze new trails to get to where they need to go. Although Berlin is talking about great politicians and statesmen in the last excerpt that follows, this can easily apply to great visionary CEOs as well who also possess the skills to execute so that the vision can become shaped into a reality as time goes by.

Politicians of this second type possess antennae of the greatest possible delicacy, which convey to them, in ways difficult or impossible to analyse, the perpetually changing contours of events and feelings and human activities round them – they are gifted with a peculiar, political sense fed on a capacity to take in minute impressions, to integrate a vast multitude of small evanescent unseizable detail, such as artists possess in relation to their material. Statesmen of this type know what to do and when to do it, if they are to achieve their ends, which themselves are usually not born within some private world of inner thought, or introverted feeling, but are the crystallisation, the raising to great intensity and clarity, of what a large number of their fellow citizens are thinking and feeling in some dim, inarticulate but nevertheless persistent fashion. In virtue of this capacity to judge their material, very much as a sculptor knows what can be moulded out of wood and what out of marble, and how and when, they resemble doctors who have a natural gift for curing, which does not directly depend upon that knowledge of scientific anatomy which can be learned only by observation or experiment, or from the experiences of others, though it could not exist without it. This instinctive, or at any rate incommunicable, knowledge of where to look for what one needs, the power of divining where the treasure lies, is something common to many types of genius, to scientists and mathematicians no less than to businessmen and administrators and politicians. Such men, when they are statesmen, are acutely aware of which way the thoughts and feelings of human beings are flowing, and where life presses on them most heavily, and they convey to these human beings a sense of understanding their inner needs, of responding to their own deepest impulses, above all of being alone capable of organising the world along lines which the masses are instinctively groping for. To this type of statesman belonged Bismarck and Abraham Lincoln, Lloyd George and Thomas Masaryk, perhaps to some extent Gladstone, and to a minor degree Walpole. Roosevelt was a magnificent virtuoso of this type, and he was the most benevolent as well as the greatest master of his craft in modern times. He really did desire a better life for mankind.

I have written before about how fanatics like Bezos are so hard to compete with and just the type of people you want to be investing with because they are so focused, driven, and yet can also divine the future and lead their organizations there. Fortunately for the United States and the western, democratic world, we had a fanatic like FDR at the helm to do what was necessary to defeat Hitler and Imperial Japan and help pave the way for an extraordinary improvement in living standards in the United States and much of the rest of the world.

One comment on “When One Thinks of Disruptors - FDR or Tech Titans?”