My Random Thoughts and Observations This Week 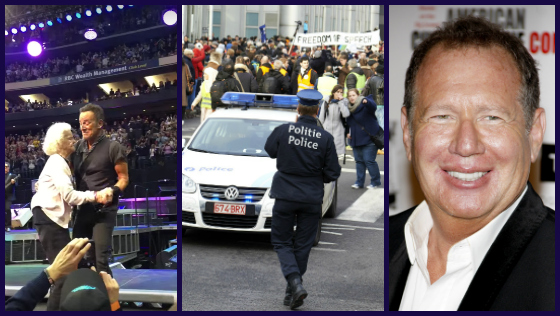 Rather than diving into deep philosophical exposition and heavy economics, I thought I would go a different direction this week and share some random thoughts and items that have caught my attention recently.

Garry Shandling – Rest in peace. What a brilliant comedian and innovator with the Larry Sanders Show as well as so many other extraordinary comedic accomplishments.

I Hate it When that Happens:

Brussels Attacks – Every time there is an ideologically-driven terror attack I recommend people read True Believer: Thoughts on the Nature of Mass Movements. I have written a blog post about this in the past. They are still relevant and I’m afraid they will always be relevant.

Reallocation of Energy Sector Workers – I’ve been wondering why Texas has been holding up reasonably well economically despite the carnage in the energy sector. Perhaps this research from the Kansas City Fed  sheds some light on the reasons. Many people who lost their jobs and did not move ended up with higher paying jobs in other industries. This shows the power of a healthy labor market and macro economy to lift all boats.

Renting Should Remain in Vogue – A new report quantifies how difficult it is to buy a starter home in different cities. The mortgage market still remains tight, down payments are hard to accumulate, home prices are rising, and many lower end homes were scooped up by investors to be rented out. All of this bodes well for continued strong demand among younger people to rent.

All Roads Lead to the Dollar (Actually The Fed) – When the Fed turned dovish, the dollar weakened,commodity prices accelerated quite dramatically, corporate bond spreads compressed, the stock market had a powerful rally, and “risk on” was the name of the game. Now that some Fed Governors have come out and said rate hikes should be on the table for as early as April, the dollar strengthened, commodity prices dropped, the stock market had its first losing week after five weeks of gains. It seems to me that The Fed will have difficulty raising rates more than two more times this year because financial conditions will tighten up too significantly if they end up doing more or telegraph that they may.

Fact Checking Politicians – It’s a good thing that politicians do not have to have their statements be grounded in truth and reality like the SEC and FINRA tend to require of public companies and securities issuers. Politifact is an interesting site to see how truthful politicians are. It’s interesting to see that of 500 promises President Obama has made he has kept 45% of them, compromised on 25%, and broken 22%. 8% have been stalled. I have no context for this, however, in terms of how this compares to other Presidents.

Simple Real Estate Investment Strategy – Go to where the college graduates are. Here is a cool graphic from GeoFRED showing the percentage of college graduates in each county. Fortunately, many of the counties CWS is invested in is populated by a large percentage of well-educated people. They make more money and have higher earning power which can allow them to qualify for the types of rental properties we own.

One of the Smartest Financial Bloggers – I am hard pressed to find someone as bright or more thoughtful than Jesse Livermore at Philosophical Economics when it comes to finance, economics, and investing. I wish I could say it had something to do with his blog having a title close to the title of my book, but that is truly a case of correlation, not equalling causation. He is great to follow on Twitter as well @Jesse_Livermore. He has a well-earned, large and loyal following there.

The Ultimate Springsteen Fan! – The 91-year-old woman featured in this video has been to over 100 Springsteen shows with her daughter. The Boss brought her up on stage to dance. As an aside there was a time when I was on a memorization kick and challenged myself to memorize the lyrics to Spirit in the Night. It was a pretty fun exercise. It’s good for the brain. I encourage you to take on a similar challenge.

Health Tip – A few months ago I read about the benefits to jumping on a trampoline for one’s circulation, immune system, muscle strength, and heart (among other things). I bought this small trampoline and I have really enjoyed doing it. I highly recommend it.

Japanese Pranks – Ok, I admit I have a weird fascination and love of Japanese pranks on Youtube. Check out this one. I will understand if you don’t want to return to my blog after watching this.

Perhaps Some More Due Diligence Is Necessary – Be careful when securing an Airbnb rental as this story shows.

Watch out for Crazed Domino’s Drivers – Ever since the 30-minute guarantee I have always had a morbid fascination about Domino’s delivery drivers and the pressure they must be under and the risks they take to avoid being late. The pressure seems to have gotten to this one.

I hope you enjoyed this different somewhat random approach for this week’s blog. For my own sanity, I can’t get too deep every week. I actually have a lighter, funnier side so I wanted to expend a little less brain power this week and keep it lighter and bring a little more humor into this blog entry. I’d like to hear what you think. Share your thoughts in the comments.