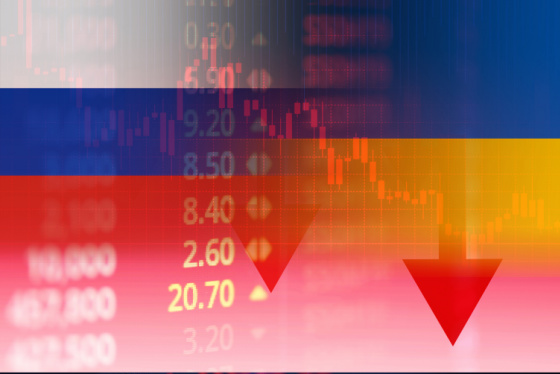 I think the following headline juxtaposed with the graph below summarizes the incredible tension facing the U.S. economy. On the one hand, we have a very robust labor market producing a large number of jobs.

And yet, 10-year Treasury yields dropped like a rock after the employment report was released. Something is rotten in Denmark.

Chairman Powell confirmed that the Fed will raise short-term rates by 25 basis points during its next meeting in mid-March. And yet, the market is screaming that the Fed will be tightening into a dramatically slowing economy.

Here is the Atlanta Fed’s GDPNow forecast for GDP growth for the first quarter of 2022. It’s 0%. 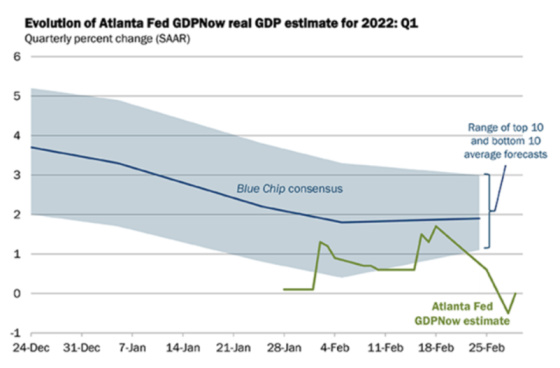 This next chart is quite interesting. It shows how when the spread between the Conference Board Consumer Confidence Index relative to the University of Michigan Consumer Sentiment Index is high (The Conference Board’s confidence is much higher than Michigan’s), then this has always been a leading indicator of a recession ensuing fairly shortly thereafter. The shaded areas are recessions. 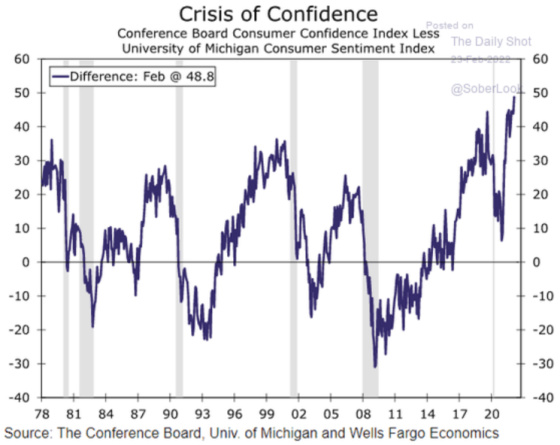 Perhaps this is what the bond market saw in the jobs report to convince it that the economy was on a cooling path in spite of a large number of jobs being created.

The service sector, while still expanding, appears to be doing so at a much slower rate. 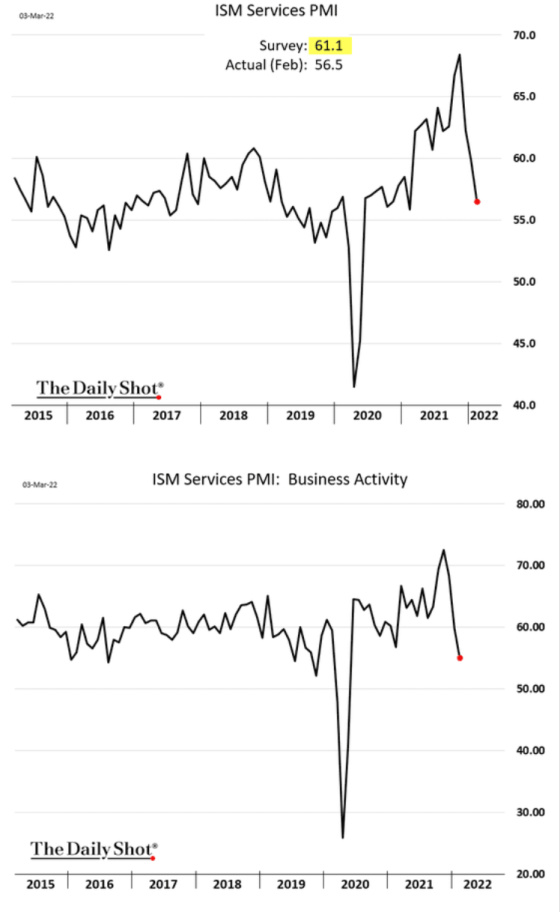 The employment gauge is now negative for services employment so maybe the February employment report is as good as it’s going to get for this cycle. 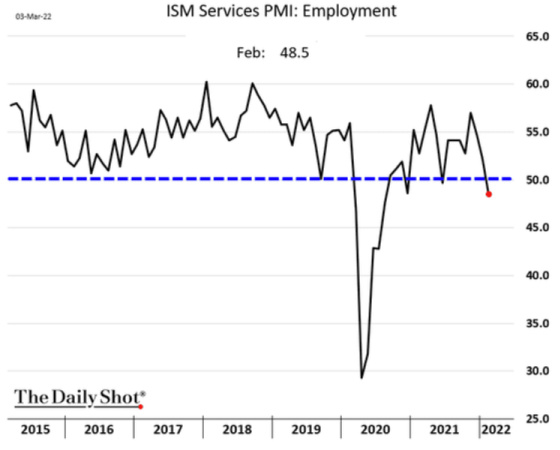 And let’s not forget that we have one of the worst geopolitical risks unfolding before our very eyes.

And here is one of my favorite indicators, the interest rate differential between different maturities of Treasury securities. The narrower the spread, the more investors are pricing in a slowing economy. One can see that the yield curve has been compressing quite dramatically between 10s and 2s. 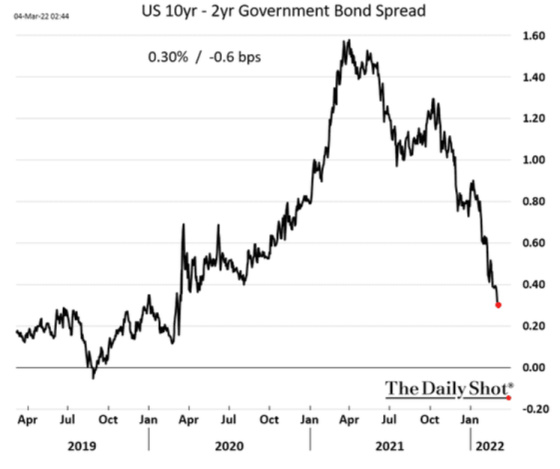 The challenge facing the Fed is that it is going to be tightening in the face of an already very narrow yield curve. The following chart shows how unusual this is in recent history. 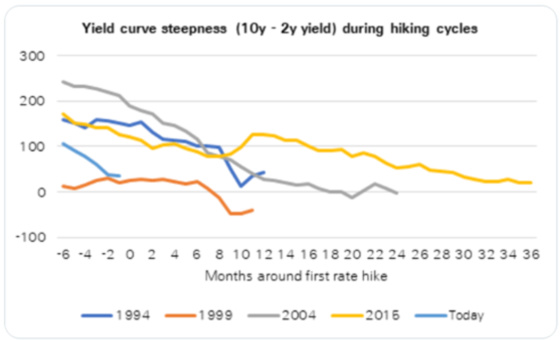 This table shows how the yield curve becomes even more compressed and ultimately inverts after the Fed embarks on its tightening cycle. The average compression has been approximately 1% over the last six tightening cycles. With the differential between 10s and 2s at approximately 0.25%, this would mean that short rates will be higher than long rates if there’s a combination of higher 2-year Treasury yields and lower 10-year yields of 0.25% or more. The spread has compressed by 25 basis in less than a month so we could be inverted in a short period of time if current trends continue.  If we follow the historical average of a 1% compression then the curve will go severely negative to around -.75%. As a frame of reference, in 1989 and 2000 the spread was approximately -0.45%. 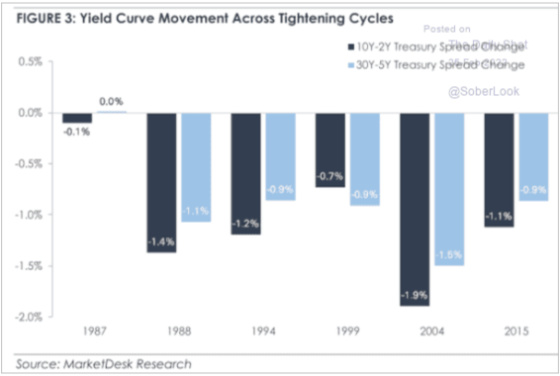 The market seems to be pricing in a Fed that will be aggressive for a short period of time but will have to backtrack and start cutting rates shortly thereafter. Part of this may have to do with inflation expectations being high in the short run and coming down in the longer term. 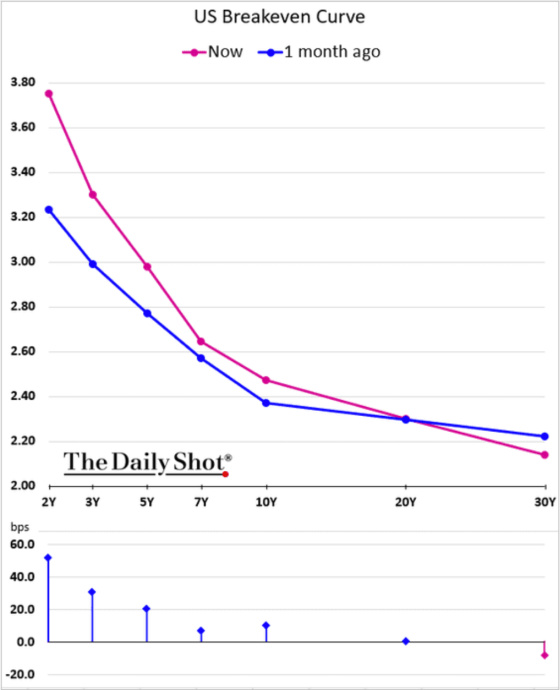 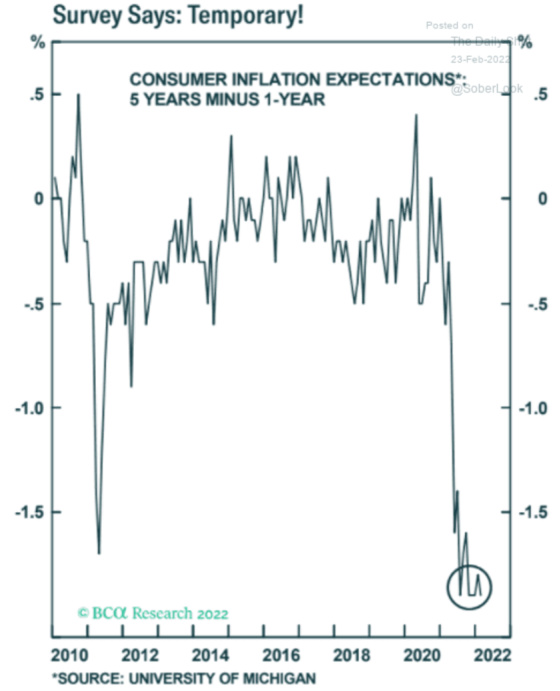 The impact of the invasion of Ukraine on the global economy is worthy of its own blog post. With that being said, here are some commodity charts that show the immediate impact of the war since Ukraine and Russia are big exporters of corn and wheat and Russia many other commodities as well. 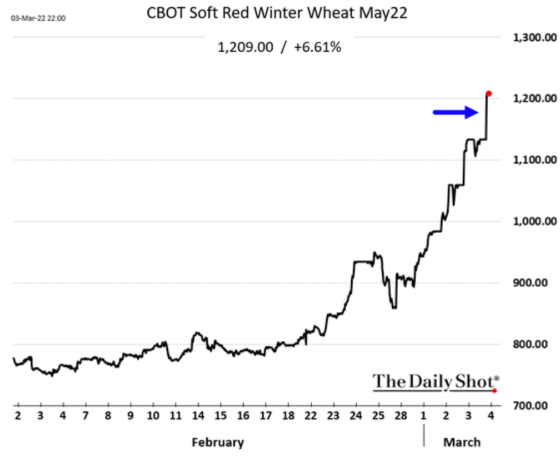 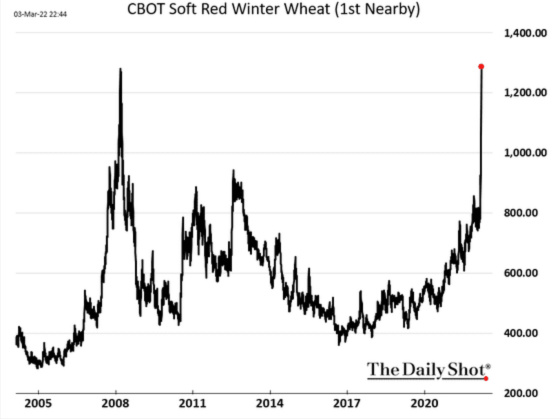 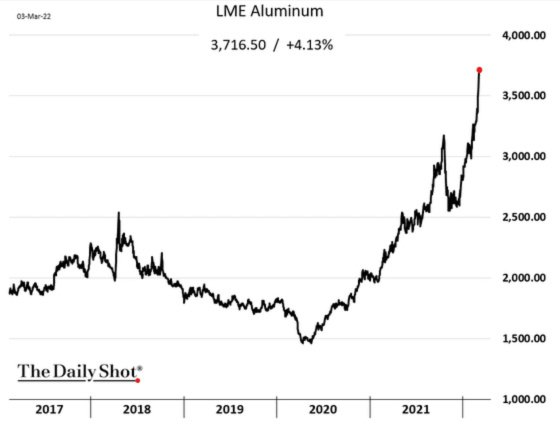 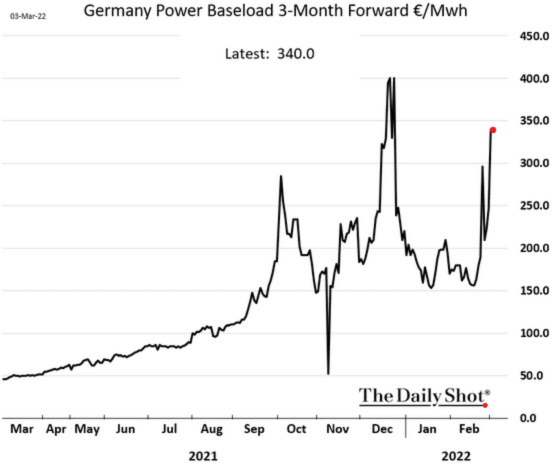 We are on the precipice of some extraordinary changes and narrow margins of safety geopolitically, economically, and financially. The brutal invasion of the Ukraine is going to be one of the most important catalytic events of our lifetimes in terms of energy policy, defense spending, emigration patterns, onshoring and the fraying of globalization, higher risk premiums, inflationary ramifications, impacted capital flows, food shortages, and corresponding social unrest, just to name some of the most important ones. The potential impact and consequences will require some deep thought to help come up with and articulate the best course of action from an investor’s perspective. Make no mistake, however, that great change is upon us as this invasion is on par with 9/11 in terms of its global impact. This one, however, will have far more economic and social consequences.

The brutal invasion of the Ukraine is going to be one of the most important catalytic events of our lifetimes in terms of energy policy, defense spending, emigration patterns, onshoring and the fraying of globalization, higher risk premiums, inflationary ramifications, impacted capital flows, food shortages, and corresponding social unrestClick To Tweet
Share
Tweet4
Share
Pin2
Email
Buffer
6 Shares