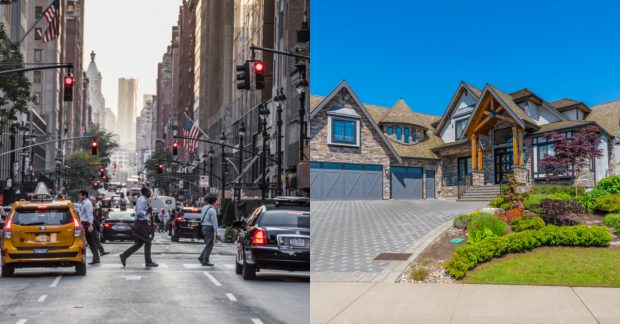 Urban locations with great walkability were in great demand…until Covid hit. These locations became far less desirable as congregating was either not allowed in large numbers or people didn’t want to gather together in close quarters for fear of exposing themselves to Covid. Throw in remote work and more suburban, less walkable locations became a lot more desirable since they had more living space and often at less cost. The following table published on Bloomberg is very interesting in that it captures this phenomenon quite well. 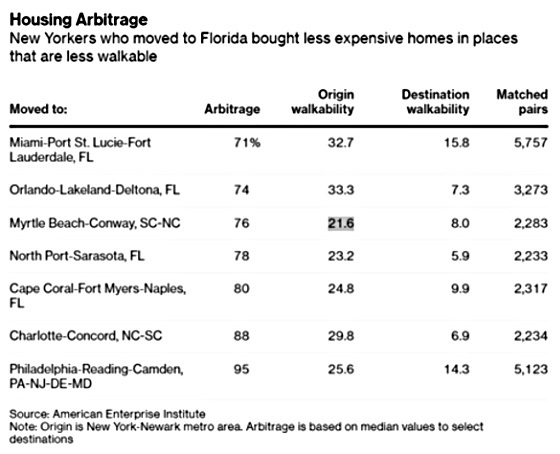 One can see a pretty large migration to the south, particularly Florida by New Yorkers. This corroborates the many stories being reported of this trend occurring as well as how migrants are giving up walkability for cheaper housing and more space.

The article references a study done by a Federal Reserve economist. He has studied migration patterns from high-cost areas to lower ones and provided some interesting tables in his report.

Smaller areas receiving large amounts of migration will undoubtedly experience upward pressure on housing prices. This has definitely been the case in areas like Boise, Colorado Springs, etc. Double-digit appreciation isn’t just in very small metro areas. It is a pervasive phenomenon but small metros with strong in-migration are doing particularly well.

Here is an excerpt from the latest report from the National Association of Realtors shows.

Continued low levels of housing inventory, combined with record-low mortgage rates spurring housing demand, have caused an increase in median sales prices for existing single-family homes in all but one of 183 measured markets during the second quarter of 2021. That is according to the National Association of Realtors®’ latest quarterly report, which reveals that 94% of 183 metro areas also experienced double-digit price increases (89% in the first quarter of 2021).1

Here is another way of seeing how strong appreciation of home prices has been. 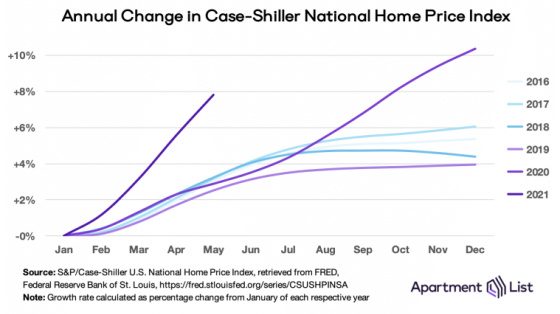 The next chart shows those areas that experienced a high percentage of net migration from high cost, large metro areas as a percent of the area workforce. Phoenix, Austin, Las Vegas, Atlanta, and Orlando lead in absolute numbers of people while other smaller metros have a larger percentage. Fortunately, CWS is invested in three of those five markets (not Orlando or Las Vegas) and we can see the benefits of this in-migration based on the demand for our apartments and the higher rents we are able to attain. 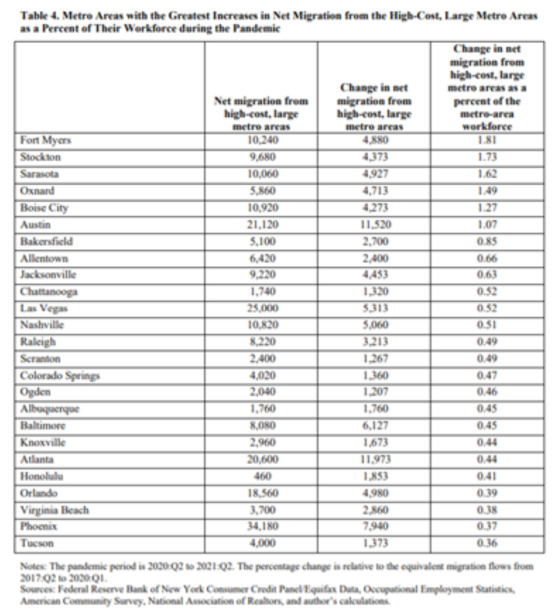 Pew Research released survey results corroborating this data. Here is the headline from the report.

Here is how the percentages have grown for people wanting to live in more spacious homes and communities. 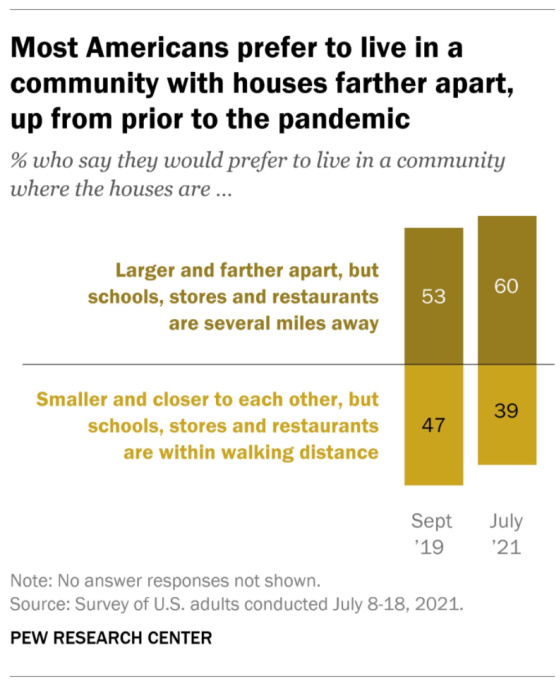 And yet there is a huge difference between political affiliation and the desire to move to more spacious communities in larger homes. Democrats want to stay in more urban, walkable areas with less space while Republicans want the opposite. The disparity is huge, although this is probably not that surprising given the huge political divide in the country. This will only serve to create more of an echo chamber as communities become less diverse politically.

The demand for our larger apartments also corroborates this trend for people wanting more living space. And with Covid statistics only seemingly getting worse, I think this trend will continue to remain in force for a while.