No Need to Ever Fear Default, Only Inflation 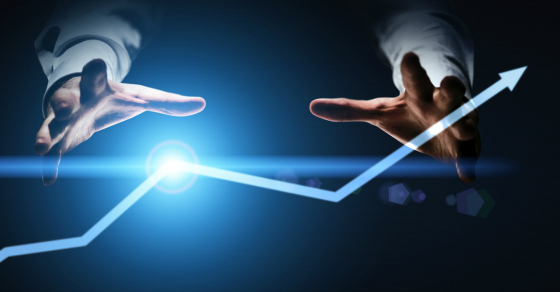 There is so much concern about the level of our federal government debt and how will we ever repay it. That is one thing to never have to lose sleep over. The United States uses a currency (the dollar) that only it can produce, has no obligation to back its currency with anything other than its commitment to accept it to pay taxes that are owed, no fixed exchange rate regime in which it operates, and has virtually no debt denominated in foreign currency. 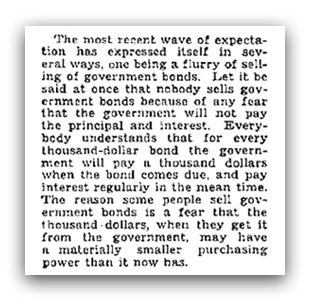 All of these conditions result in the dollar being a flat currency, backed by nothing, with the unrestricted ability to create more of it by printing more dollars or, much more common, crediting bank accounts via keystrokes of a computer. Given this, the only way the United States can default on repaying its debt is if it makes a political decision to do so. It is in no way revenue constrained because it can create all of the dollars it wants to pay any and all debt that comes due.

The one major constraint it is under, however, and is mentioned in the excerpt above from 1937, is inflation. Given the very weak labor market, sluggish business investment climate, and continued need for households to build and rebuild their savings, I don’t expect inflation to be an issue for awhile. The Cleveland Fed seems to think the same as its long-term inflation model shows very moderate inflation expectations for the long term as the following chart shows: [September 1, 2016 – Update] When this blog was published in April 2013 the economy was still recovering from the Recession of 2008. Looking back over this article today, during a time when we are close to full employment and the markets are strong, many of you would see this from a more positive perspective than most had in mid-2013. 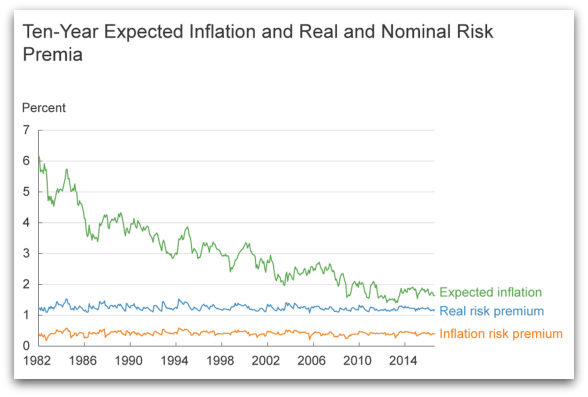 As the updated Cleveland Fed chart shows the 10 Year expected inflation is 1.63%.

[NOTE] Based on a comment I received I’d like to clarify that default should only be the result of a political decision and has nothing to do with the ability to pay, just willingness to pay.

As you re-read this blog, given the positive economic climate we are in now – 2016 – does it change your perspective or your interpretation? There will always be global upheaval and political strife that affect the world economy. Do you agree that the economic climate affects your interpretation of the blog? I’d welcome your thoughts, especially if you commented on the blog when it originally was published in 2013!

12 comments on “No Need to Ever Fear Default, Only Inflation”