The Negatives of Positive Thinking 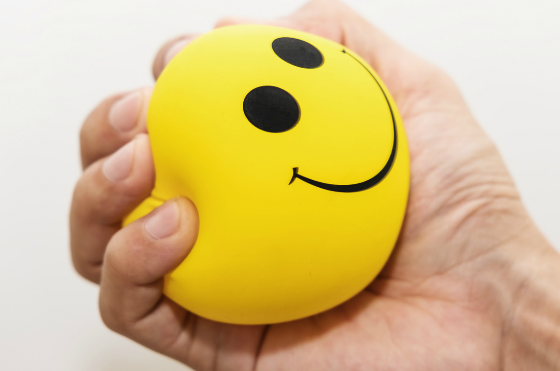 When I used to watch my son’s high school basketball team I was always so impressed at how composed they were. Many times they would initially fall behind and the other teams would get so pumped up after getting off to a strong start, especially against such a good team as ours. Our Foothill team never got rattled, however, and I came to learn that it was ultimately impossible for the other team to sustain that level of energy and passion for any meaningful length of time, let alone for the entire game. And once our team found a crack to exploit, the tide would turn and inevitably the other team would start to get frustrated, lose faith, and collapse. They never got too high or too low. They did what they were supposed to do and this showed in how disciplined they were and how well they executed. It also translated into phenomenal success as the team ended up 29 and 3 and progressed quite far in the state tournament. 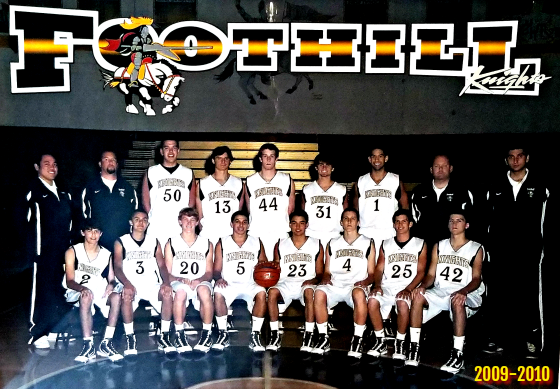 Positive Thinking: A Key To Success?

This is one of the numerous examples that have led me to be somewhat skeptical of passion and positive thinking as keys to success because they are very hard to sustain. And if they don’t translate into action that can overcome roadblocks, then they can do more harm than good in some ways.  I have been more of a believer in having people on my team who deeply care versus those who rely on positive thinking. I also like people who adhere to the Stocksdale Paradox (whether they know they are doing so or not) whereby one needs to be both realistic and optimistic at the same time. Those who care and are realistic understand that difficulties will emerge but they care deeply enough and are optimistic enough that somehow it will work out in the end even if there is no obvious path. Caring for what they do and who they are serving and having faith in the future helps to embolden them to persevere and battle through obstacles.

My experience seems to be backed up by research. I read an interesting article recently that speaks to the downside of relying on positive thinking and the associated studies suggesting that positive thinking can actually be detrimental in some ways because it does not adequately prepare oneself for the reality of obstacle and challenges.

In some ways positive thinking is akin to fantasizing, which turns out to be detrimental in terms of achieving one’s goals. According to the author citing research she and others did, “‘we found a correlation between positive fantasies and poor performance. The more that people ‘think positive’ and imagine themselves achieving their goals, the less they actually achieve.”

So why is this the case?

“Positive thinking impedes performance because it relaxes us and drains the energy we need to take action. After having participants in one study positively fantasise about the future for as little as a few minutes, we observed declines in systolic blood pressure, a standard measure of a person’s energy level. These declines were significant: whereas smoking a cigarette will typically raise a person’s blood pressure by five or 10 points, engaging in positive fantasies lowers it by about half as much.

Such relaxation occurs because positive fantasies fool our minds into thinking that we’ve already achieved our goals – what psychologists call ‘mental attainment’. We achieve our goals virtually and thus feel less need to take action in the real world. As a result, we don’t do what it takes to actually succeed in achieving our goals. In multiple experiments, we found that people who positively fantasise about the future don’t, in fact, work as hard as those with more negative, questioning or factual thoughts, and this leaves them to struggle with poorer performance.”

One of the best pieces advices I have gotten is that you can’t think your way into better feelings but you can act your way into them. I have definitely found this to be true. Getting lost in my head and thoughts has rarely been the path to feeling better when I’m in a funk. Taking constructive action, however, often does. Along the same lines, it’s not enough to visualize achieving one’s goals (akin to getting off to a great start in the game) since there is no straight path to achieving them without having to deal with challenges.

This also applies to our kids doing well in school. So how can we help as parents? Don’t tell them to think positively! The negative effects of positive thinking carry over to student performance and also seems to be correlated with higher levels of depression.

“As we expected, the more that students fantasised about the future in positive ways, the less well they did at school. We also found statistical relationships between poor academic performance, low effort and high levels of depression. The worse the students did, the more depressed they were, to a significant extent because they weren’t trying as hard.”

The author’s suggested approach to achieving better outcomes is very much in line with the Stocksdale Paradox but in a more methodical way. She said the answer is to combine dreams and reality by thinking positively but overlaying that with a visualization of the challenges that may stand in one’s way. She calls this “mental contrasting” and doing this has proven to motivate people and improve performance.

So why does she think this approach works? It has to do with efficiently allocating one’s energy to what is more achievable away from goals that are unrealistic. And in turn, “[m]ental contrasting resulted in more people pursuing promising goals more vigorously.”

What is happening inside our minds when mental contrasting is implemented?

“Mental contrasting enhances our awareness of obstacles in our path. It also strengthens cognitive links between the future and obstacles, as well as between obstacles and what we need to do to overcome them. All of this primes us to tackle obstacles that seem possible to overcome, and to shrink away from obstacles that we believe are insurmountable…Finally, mental contrasting helps us process negative feedback, form constructive plans for taking action, and protects our sense of competence in the face of negative feedback, so long as our goals are realistic. We move headlong toward our objectives. If our goals aren’t realistic, it causes us to detach from them, leaving us free to direct our energies towards other, more realistic endeavours.”

She and her research team created a four-step mental exercise for people to apply in their everyday lives. They call the exercise WOOP – Wish, Outcome, Obstacle, Plan.

“Defining the Wish and identifying and visualising the desired Outcome and Obstacle are the mental contrasting part; forming implementation intentions represent the final step: the Plan. The exercise is simple and short, requiring as little as five or 10 minutes to complete.”

The results were quite impressive.

From my perspective I have made a commitment to write a weekly blog and so far I have been able to do so for over two years. I must admit that sometimes this obligation feels like the Sword of Damocles being held over me each week.  And yet it isn’t enough to tell myself that “I can do it,”  “I’m a writer,” “I won’t let anything get in my way.”  I have to be realistic about the very real obstacles that often stand between me and writing that blog: Competing interests for my time, a struggle to find a relevant topic, procrastination, rebellion, distractions, etc. These manifest themselves in that burdensome feeling author Steven pressman calls “resistance”.

Resistance: I have found that I have to acknowledge it, honor it, and develop a plan for defeating it.Click To Tweet

Resistance is a reality for anyone doing creative work. It’s not enough to ignore it and talk yourself into overcoming it. I have found that I have to acknowledge it, honor it, and develop a plan for defeating it (for that week).

I need to tell myself that it is highly probable that I will not be motivated to write the blog post and justify not doing so by questioning whether if it’s really truly valuable and whether people really read it and find it interesting or helpful. I then have to tell myself that even if they don’t read it or find it valuable it still helps me to write it. Taking the time to put my thoughts in writing helps me by releasing them in an organized and coherent manner (hopefully) and through this process perhaps I will gain insights and ideas that might spill over and help our investors or employees or maybe bring value to someone I don’t even know somewhere in the world.

This internal wrestling match helps me become realistic about the challenges I am facing but also reminds me that I am playing a bigger game and have a higher purpose to make the effort of fighting through it worthwhile. And similar to the author’s recommendation, I also find it helpful to visualize the experience of satisfaction when I complete the blog for the week. It ends up providing me with a defined marker for my week which is not something we always create for ourselves. It helps me to avoid all of my weeks rolling into one amorphous, indistinguishable blob (or should I say blog?). Now I can look back periodically and see what was on my mind at a particular point in my life and it’s a nice feeling seeing the large number of entries stack up with the 100+ blog posts I have completed over the last couple of years. I also like to think that someday my kids or grandkids will peruse them and learn more about who their father or grandfather was and maybe through my writings I will provide some indirect benefit to them.

I also want to thank those of you who read my blog and comment on them or thank me for writing it as you help me fight resistance which truly makes this a labor of love. Well maybe more like a love-hate relationship. But after reading this you probably agree with me that that is not all bad.

5 comments on “The Negatives of Positive Thinking”