Hope Is Not A Strategy - Don't Discount Liberal Arts! 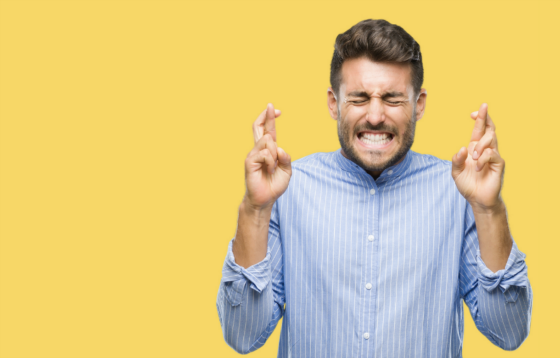 This will be my last blog post related to Andrew Carnegie. All good things must come to an end. When I started at CWS out of college my first boss asked me what my major was and I told him political science. He had an engineering background and kind of snickered and asked what I planned to do with that degree and if I considered “opening up a political science store.” I laughed it off and gave the standard retort that I thought it would help me be a better writer and think critically. We like to say at CWS that hope is not a strategy, but I have to admit now that I was sure hoping that what I said turned out to be true.

In my book, I try to show how important it is to use both our left-brained skills (analysis) and our right-brained ones (creativity) in order to be better investors and to improve our decision-making skills. As I have come to learn, we can only become better decision-makers and investors after the often painful trial and error of real-life experience.

“Life can only be understood backwards, but it must be lived forwards.”Click To Tweet

To formulate insights ahead of the consensus often requires connecting the seemingly unconnectable to help see how a mosaic is unfolding into a more clear picture. It has been my experience that having a background in finance and a curiosity and interest related to politics, economics, history. religion, psychology, philosophy, sociology, and the arts, as well as having traveled throughout the world and across the United States has most definitely broadened my perspective and thinking. I was pleased to find out how much value Carnegie found in these disciplines and actions as well and why he found them to be so beneficial to his life.

Carnegie credits growing up in an environment that emphasized the arts for his lifelong love of them.

“The child privileged to develop amid such surroundings absorbs poetry and romance with the air he breathes, assimilates history and tradition as he gazes around. These become to him his real world in childhood— the ideal is the ever-present real. The actual has yet to come when, later in life, he is launched into the workaday world of stern reality. Even then, and till his last day, the early impressions remain, sometimes for short seasons disappearing perchance, but only apparently driven away or suppressed. They are always rising and coming again to the front to exert their influence, to elevate his thought and color his life. No bright child of Dunfermline can escape the influence of the Abbey, Palace, and Glen. These touch him and set fire to the latent spark within, making him something different and beyond what, less happily born, he would have become.”

Carnegie came to develop a great memory which not only served him well in business but also enriched his life as he could remember beautiful poetry and great literature.

“My power to memorize must have been greatly strengthened by the mode of teaching adopted by my uncle. I cannot name a more important means of benefiting young people than encouraging them to commit favorite pieces to memory and recite them often.

Thenceforth there was nothing for me but Shakespeare. I seemed to be able to memorize him almost without effort. Never before had I realized what magic lay in words. The rhythm and the melody all seemed to find a resting-place in me, to melt into a solid mass which lay ready to come at call.”

Carnegie loved books from an early age which led him to want to give back to society by sponsoring the construction of hundreds of libraries around the country. He was inspired by one man who had a collection of 400 books that he made available to kids in the area when Carnegie was growing up.

“Books which it would have been impossible for me to obtain elsewhere were, by his wise generosity, placed within my reach; and to him I owe a taste for literature which I would not exchange for all the millions that were ever amassed by man. Life would be quite intolerable without it. Nothing contributed so much to keep my companions and myself clear of low fellowship and bad habits as the beneficence of the good Colonel.”

Carnegie believed that the return on investment by devoting a large amount of his wealth to libraries was infinite as it would feed hungry young minds and help keep them from less beneficial habits and companions and would reward initiative. By sparking an interest in literature and learning from a young age, Carnegie could do his part to improve society and support a culture which values learning and objective inquiry for the ultimate betterment of humanity.

It is not uncommon for people to question the value of society and individuals devoting significant resources to the arts when there are seemingly more pressing needs. From Carnegie’s perspective, great art opened his eyes to what was truly great and to realize that he could learn so much by broadening his perspective and use that knowledge to ultimately improve himself and society more generally. Art and beautiful structures are some of the few tangible ways where cultures can link themselves to their pasts. Seeing an extraordinary work of art or timeless building makes us stop and pause and reflect on what immortality looks like and to elevate our thinking to achieve and be better contributors to our current generation and hopefully future generations as well.

“This visit to Europe proved most instructive. Up to this time I had known nothing of painting or sculpture, but it was not long before I could classify the works of the great painters. One may not at the time justly appreciate the advantage he is receiving from examining the great masterpieces, but upon his return to America he will find himself unconsciously rejecting what before seemed truly beautiful, and judging productions which come before him by a new standard. That which is truly great has so impressed itself upon him that what is false or pretentious proves no longer attractive.”

Finally, Carnegie was a big believer in the value of travel, particularly internationally.

“Every person who can, even at a sacrifice, make the voyage around the world should do so. All other travel compared to it seems incomplete, gives us merely vague impressions of parts of the whole. When the circle has been completed, you feel on your return that you have seen (of course only in the mass) all there is to be seen. The parts fit into one symmetrical whole and you see humanity wherever it is placed working out a destiny tending to one definite end.”

Now go out and see the world, read a great novel, study a masterpiece, read a Shakespearean play, and commit to memory a beautiful poem. Believe it or not, these will all help you not only become better investors but make life even more fulfilling.

Do you have experiences that have shaped your life the way that Andrew Carnegie’s exposure to books, and to the arts in addition to traveling the world shaped his? How has it enriched your life?

2 comments on “Hope Is Not A Strategy - Don't Discount Liberal Arts!”