Long-Term Investors and The Value of Illiquidity 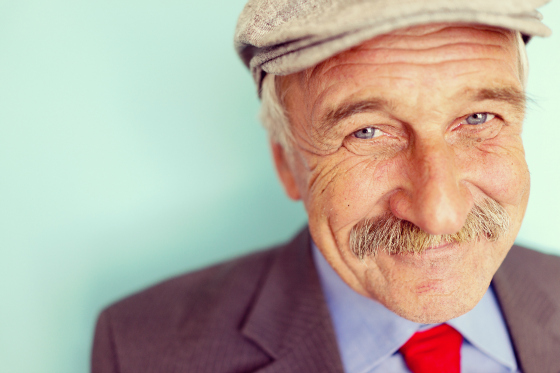 One of the great advantages and pleasures of being with a company that was founded in 1969 is the tremendous number of long-term investors we have and the wonderful relationships formed over the years.

The downside is that aging is inevitable and an increasing number are passing away. From time to time we like to take a look at the investing history of our long-term investors and see how they did with us and what they were able to leave to their heirs.

We are constantly bombarded with return statistics for various asset classes over long periods of time and yet somehow most of us underperform these indices because we have a tendency to buy closer to the top and sell towards the bottom. Another problem that can arise is poor spending decisions which can lead us to dip into our investments and lose compounding potential. Finally, the return statistics rarely take taxes into consideration which makes comparisons even more difficult and less meaningful.

After diving into the performance history of some of our investors, I have seen how their patience has really paid off. By investing in businesses that provide a tangible need like apartments in growing cities with strong locations, over time investors should be able to generate compelling returns. And when you throw the attractive dividend yields in that are often times largely sheltered from current taxes, along with the prudent use of leverage, and the ability to defer taxes upon the sale of properties via 1031 exchanges, real estate can be a great wealth creation tool. And when one’s time on earth finally comes to an end the assets can be passed on to one’s heirs with a step up in basis, thereby eliminating all of the deferred taxes that would have been owed had the investor sold and liquidated during his lifetime.

Where We Started: Our Long-Term Investors 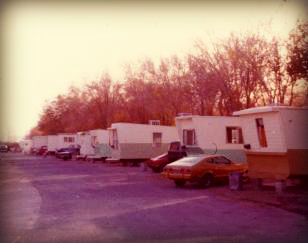 Recently, one of our long-term investors passed away. We went back and looked at his investment history with us and it was quite impressive. Prior to being in apartments, CWS was one of the largest owners/operators of manufactured housing communities in the country. This investor first started investing with CWS in 1979 and his first eight investments were in manufactured housing communities and his subsequent 12 through 2008 were in apartments. He made some further investments in funds of ours beginning in 2012 but since those are relatively new I am excluding those from the analysis as the purpose of it is to show the benefits of long-term investing in illiquid, divided paying, real estate partnerships. Of the 20 investments, he made he received dividends over the years as well as refinance proceeds and for those properties, he chose not to roll his sale proceeds into new investments via 1031 exchanges, he received cash. Here is a summary of what he was able to accomplish:

Do I know how his returns compared to European small-cap, U.S. international growth, Japanese value, high-yield bonds, REITs, etc.? No, I do not. Using common sense, however, I would say he did well for himself and his family. He was able to pull out more than twice his original investment from dividends, refinance proceeds, and the sale of some of his partnership interests while still having close to double his original investment still earning a return. In addition, much of what he received and has passed on to his heirs generated relatively small amounts of taxable income. His heirs will continue to receive dividends, appreciation potential, and the tax benefits that come with owning real estate partnership interests, particularly now that they have a step-up in basis. The estimated dividends for 2015 are approximate, $64,000, or almost 12% of his original cash invested, despite having had it all returned (and then some). Assuming no growth (or reduction) in dividends or additional proceeds from refinancing properties, holding on to these assets will return another 100% of his original investment.

I can tell you after reviewing the results of other long-term investors that this individual’s experience is not an outlier. I have said often over the years that there can be a lot of value in illiquid investments provided they are invested in the right assets under capable management as it eliminates much of the emotional turbulence that comes with having real-time pricing of our investments and the tremendous ease of buying and selling. By investing this way we dramatically reduce the potential for making emotional investment decisions.

As we like to say at CWS, “We help save people from themselves.” We are own worst enemies when it comes to investing so by delegating their capital and decision-making to us, our investors improve the odds of not letting their emotions negatively impact their investment returns. Fortunately, our long-term investors have come to learn this about themselves, and by storing their hard-earned capital intangible investments like apartment communities, they have been able to get out of their own way and enable their money to produce compelling current returns through dividends as well as growing their capital very efficiently through appreciation and the tax benefits that come with real estate investing.

It’s been said that investors should earn higher returns when they give up liquidity. Perhaps it’s the other way around? Could it be that they should earn higher returns from liquidity because of the dissatisfaction that often comes from falling prey to our own fear and greed and the sub-optimal decisions that often result from being our own worst enemies when it comes to investing? What do you think?