Here We Go Again - Another Wild Ride for Stock Markets 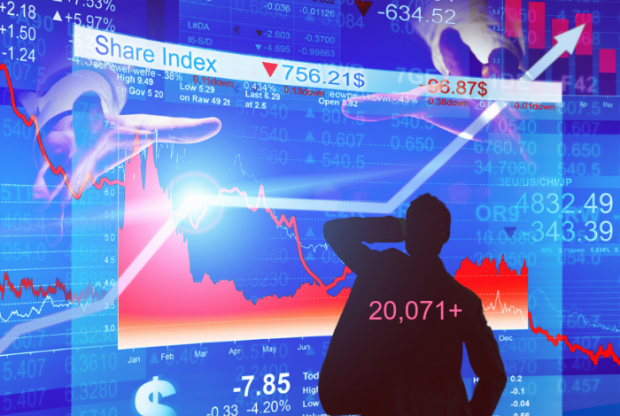 Last week [August 2015] was one wild ride for stock markets around the world. While it seems to be something many investors have been waiting for, it’s still painful nonetheless for those seeing the value of their holdings depreciate on paper.

The popular leaders have been getting hit hard: Netflix, Apple, Facebook, Google, Biotechs, just to name a few.

Commodities have been getting crushed and China seems to be having a big impact on emerging markets as there appears to be a race to the bottom in terms of currency depreciation, which isn’t good for anyone. And to think that the Federal Reserve is contemplating increasing short-term interest rates in the face of what global markets are suggesting is more of a risk to deflation than inflation seems downright myopic.

We all know they want to get off the zero bound, but the markets are saying it’s an asinine thing to consider at least for the September meeting. Of course, our economy can handle a 25 basis point increase but we really don’t know what the unintended consequences are for the dollar, the rest of the world, and ultimately the U.S. economy.

Capital expenditures are being cut heavily in the energy sector, we’re seeing financial distress there starting to unfold, there is no inflation to speak of, and credit spreads are starting to widen. Housing remains a bright spot, generally speaking, although lumber is quite weak which could be a negative sign, and the employment market is healing, but there is more ground to be gained as wage growth remains muted.

Which brings me to my favorite topic of interest rates. The current carnage shows yet again how Treasuries benefit as a safe haven and yields come down as crises of confidence and actual financial panics ensue. At CWS we have consistently believed that we have little to fear from higher long-term interest rates and short-term interest rates for that matter and that investors fearful of a return to the inflationary 1970s have it all wrong. That was a unique period in history and one that we don’t believe will be recurring anytime soon. 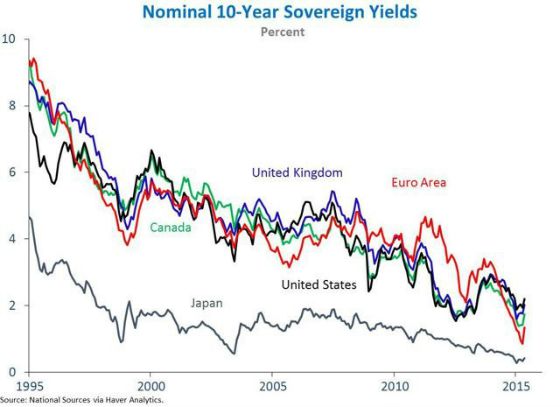 We at CWS have chosen not to fight this trend by focusing on variable rate loans. And yet we are constantly asked what if rates go higher? And I typically say we’ve been asked that for the last 10+ years since we’ve been focused on variable rate financing and we’re still being asked that and we hope we continue to be asked that since that fear and skepticism is what will probably keep rates down. In addition,l most forecasters have been predicting higher rates for many, many years and how has that bet turned out? The following graph shows that it’s been a bad prognostication and a money-losing bet. 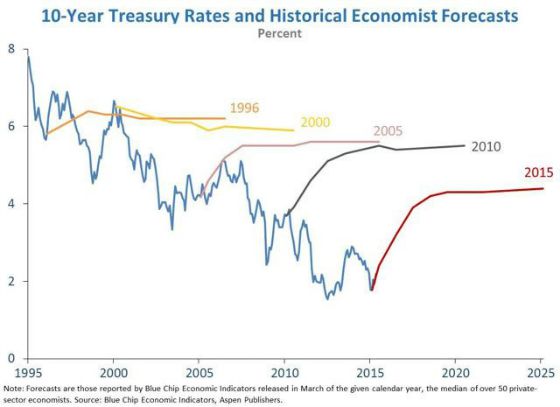 For the last 20 years, or so forecasts have been way off in terms of where 10-year Treasury yields would be. We have chosen not to fight this trend by keeping most of our loans tied to shorter-term interest rates which has not only saved us millions of dollars in interest but also given us tremendous pre-payment flexibility to refinance when conditions become very favorable for borrowers or sell when we think it is optimal to do so without having to force buyers to assume our debt. We see very little on the horizon to have us change our way of thinking and the market seems to be coming around to this as well with lower rates being the norm in the future as the following chart shows. 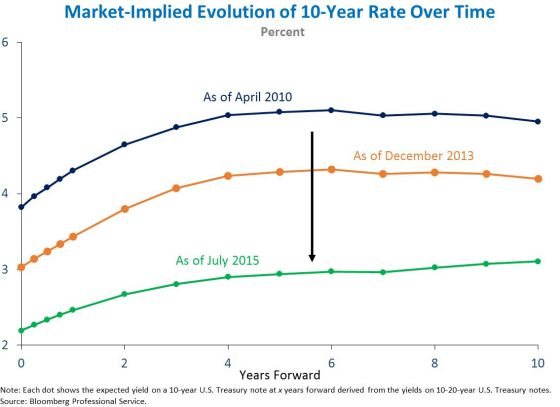 One could argue that now is the time to get worried about higher rates since the consensus seems to be that lower rates should be here for awhile. There are two main reasons I disagree with being fearful of this. The first is demographics. Global population growth is slowing pretty rapidly, especially in the developed world. This will create more demand for savings and fewer demand pressures on goods and services assuming our productive capacity grows around the world. The peak inflation in the U.S. occurred in the 1970s when labor force growth was at a cyclical peak and has been declining ever since. We actually have the opposite pressure now as labor force participation has been shrinking and the size of the labor force is growing slowly. 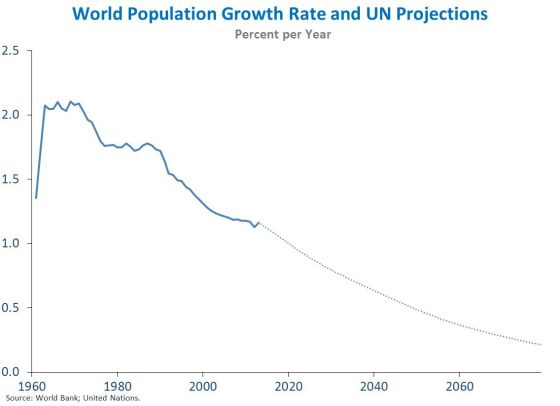 While the blog post and actual research report discusses many reasons as to why long-term interest rates have been on a secular decline one reason I hadn’t really considered which I think has been pretty powerful upon further reflection is related to the diversification benefits of long-term bonds.

If one were to do a search on the history of financial crises in the United States and world, generally speaking, there were not too many prior to the 1970s. They may have been doozies like the Great Depression, but they were not the norm.

Since the 1970s, however, we have had so many different financial crises which have been magnified by the greater globalization, speed of information transference, and the much more leveraged and financialised economies that with U.S. Treasuries you’re guaranteed of getting your money back and actually can have the prospect of capital appreciation in the event rates drop. In addition, with a very steep yield curve, as the 10-year Treasury gets closer to maturity its yield typically offers a premium to shorter-term securities, thus offering some potential for appreciation.

With so many more people employed in finance whose incomes are tied to not losing a lot of money, most investors know and have experienced markets that tend to go up like escalators and drop like elevators. Given this, it’s important to have some safe haven to turn to or already have in one’s portfolio in the event of yet another inevitable crisis unfolding. Treasuries offer those to not only U.S. investors but global ones as well.

I’ll leave you with some notable financial challenges we’ve faced since the 1970s:

Stock prices around the world continued to plunge, threatening to end one of the longest bull runs in the history of the United States stock market, ending a 6-year rally. Is it any wonder why investors want the safety and security of U.S. Treasuries? I’d like to hear from you. Please reply in the comments below.