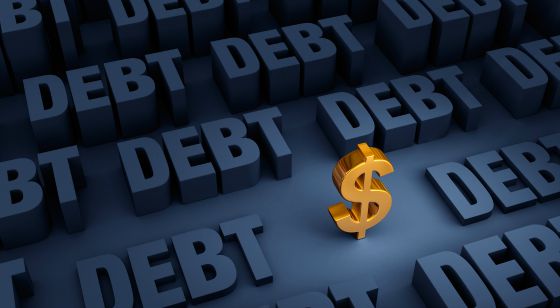 I recently read a summary of an interesting piece of research that is somewhat counterintuitive at first glance but upon deeper reflection makes more sense and it’s the cornerstone for one of life’s great metaphors, you’ll see what I mean.

Little Bets -What We Can Afford to Lose vs. Expected Gains

Traditional financial advice suggests that people with different types of debt should repay the highest cost obligations first. This seems obvious since doing so would seemingly get the most expensive debt off one’s back and incur fewer interest payments over time instead of focusing on lower cost obligations. When it comes to money and human nature, however, this is not always the best advice.

According to a study published in the Journal of Marketing Research researchers had participants do a tedious Excel assignment three different ways:

The result: The participants completed the assignment faster when the tasks were arranged from smallest/easiest to largest/hardest.

So what does this have to do with optimal debt repayment strategies? According to the researchers,

“Winning what are known as ‘small victories’ by paying off small debts first can give consumers a real boost in eventually paying off all their debts. The reason is that meeting a small goal provides the motivation to then meet a larger goal.”

“Paying off small debts first may get you in the black quicker.”

This fits right into the messages conveyed in a book I read awhile back called Little Bets. The author says there are so many advantages to making little bets versus large ones and that by learning how to do this effectively we can be much more successful in our endeavors as we’re able to tackle challenges in more effective and creative ways. It also has great applicability in investing. From a CWS perspective I know it has been very helpful for us to test a few apartment units in terms of upgrading them before embarking on doing the entire property. We can learn a lot after going live with a smaller subset that we can then apply on a more widespread basis. That is just one of many examples. I know many great stock market investors prefer to invest relatively small amounts of money in a stock initially to get a feel for how it acts before building up a much more meaningful position.

One of the advantages of little bets is that it can allow us to focus on what we can afford to lose as opposed to how much we expect to gain. This “affordable loss principle” allows one to be more creative and open-minded in terms of how we maximize the use of those dollars. It also plays into the beneficial effects of constraints as they help shape and focus problems and offer clear challenges to overcome. Having limited resources and design constraints offer far more opportunities for creative solutions and focus than when resources are perceived to be without meaningful limits.

Psychologists Jacob Getzels and Mihaly Csikszentmihalyi (author of Flow) conducted a seminal study in the 1970s that highlighted the importance of problem finding to creative work. In a study of thirty-five artists, Getzels and Csikszentmihalyi found that the most creative in their sample were more open to experimentation and to reformulating their ideas for projects than their less creative counterparts. The artists were shown twenty-seven objects, such as cups or trash bins, and were asked to use some of the objects to create a drawing. Problem finders looked at more objects and selected more complicated ones to draw than their counterparts. Finders then explored more possibilities and were willing to switch direction with their drawings when new opportunities presented themselves. The less creative artists, on the other hand, immediately jumped to drawing objects, leading the researchers to call them “problem solvers.” A panel of independent judges found the problem finders’ work markedly more creative than the problem solvers’ work.

One of the best ways of helping to build up the muscle of problem finding versus problem-solving is:

“to focus on smallified pieces of work and narrowly defined problems…[T]he problems to be solved become better known throughout the process, rather than at the outset.”

Similar to problem solvers versus problem finders, the author cites research done by Carol Dweck who breaks people down between having a fixed mindset versus a growth mindset. This also can help us become better decision makers, investors, and more creative in general.

Dweck’s findings suggest that people exhibiting fixed mindsets tend to gravitate to activities that confirm their abilities, whereas those with growth mindsets tend to seek activities that expand their abilities. Dweck explains, “When confronted with a task, people with a fixed mindset ask, ‘Am I going to be good at it immediately?’ With a growth mindset, people ask, ‘Well, can I learn to do it?’”

It turns out that our upbringing can have a major influence on our type of mindset. If we are praised for our intelligence then we will have a tendency to have a fixed mindset while those praised for their effort will be more growth oriented. According to Dweck,

Those are some pretty powerful findings which parents should pay attention to when it comes to praising their children. And when it comes to ourselves, take a deep breath, don’t jump right into finding solutions, break challenging tasks down into smaller components, search for problems, and keep reminding ourselves that we can have a growth mindset and be focused on problem seeking first and then the best solutions should follow.

The research showed that – Paying off small debts first may get you in the black quicker – smaller victories, little bets, lead more rapidly to larger ones. How does this become a metaphor for life in general?