Why do Millennials Still Live at Home? 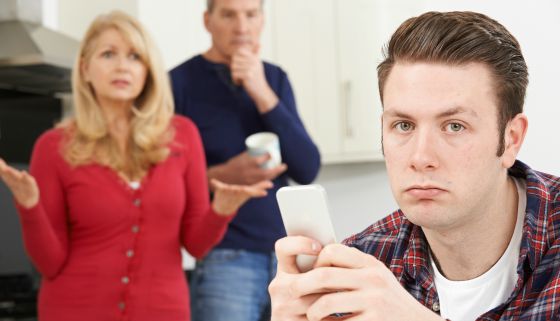 The U.S. apartment market continues to perform extremely well. According to a recent report from CBRE, vacancy rates are near 15-year lows as new supply is being easily absorbed as demand exceeds supply nationally. The nation’s 62 largest apartment markets had a second quarter vacancy rate of 4.2%. Rents have increased 5.2% from a year ago while absorption of apartment units has exceeded new supply by an estimated 28,000 units. Deliveries are projected to drop slightly in 2015 compared to 2014 to 173,000 units from 181,000 units.

Apartment Owners: Can the Good Times Continue if Millennials Still Live at Home?

The question for apartment owners/investors like CWS is whether the good times can continue. I think they can because of the still significant pent-up demand from a large number of Millennials still living with family members and an improving job market for younger people. I recently read a report from the PewResearchCenter entitled More Millennials Living with Family Despite Improved Job Market that quantifies this phenomenon. Millennials are ages 18 to 34 for the purposes of this report.

Here are the key findings:

The most important takeaway from all of this data is that traditional relationships between population statistics and household formations would have predicted 2.6 million more households in 2011 than was actually the case with 75% of the shortfall coming from young adult households. And since young households have hardly grown over the last four years, then this gap has grown even larger.

Even if the trend is more reflective of future trends than the past, I would bet that over time we will see more and more of these people venture out of their parents’ homes and form their own households. Perhaps more of them will jump right into home ownership since presumably they have been able to save money for a down payment and build up enough credit to qualify for a mortgage.

Even if this is the case I still think a meaningful number will still choose to rent initially after they venture out of their parents’ homes. Even if they buy, that will still stimulate economic activity as more homes will need to be built to satisfy the demand which will have positive spillover effects for apartments.

When this pent up demand is combined with other important trends such as student loans making it difficult for younger people to access mortgage credit, delayed marriages and family formation, the desire to be in vibrant urban areas and to remain flexible for work reasons or to experience different living environments, and more of a renting mentality in many aspects of society, I still feel like the demand for apartments should remain historically high for the next decade.