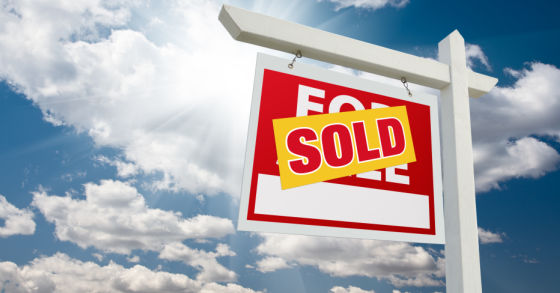 Starting in 2012, my late wife and I began to invest in residential real estate beyond our primary residence and CWS investments. In 2013 Roneet decided that she wanted to have a small weekend place in Laguna Beach. I thought it was an idea definitely worth exploring, so we started to do our research and rather quickly found a house that we liked. It was quite small, being only 1,000 square feet, but it had a large patio, a beautiful view from a front deck, ample parking, and only 500 steps to a great beach. It was built in 1923, so this is its 100th year of existence which is pretty cool in and of itself.

Here is a picture of the very captivating view. 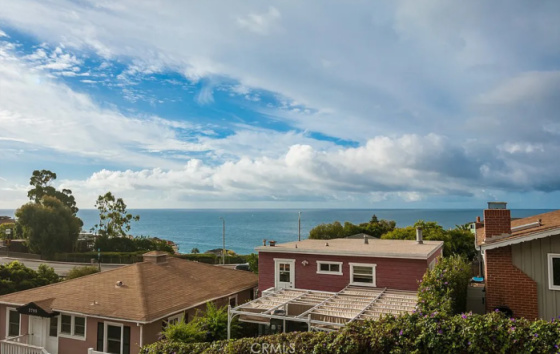 Roneet was one who always strove to improve and grow and wasn’t afraid to take prudent risks. She was a great catalyst in transforming a situation of inertia (a body at rest tends to stay at rest) with her inertial power (a body in motion tends to stay in motion). Although I guess I shouldn’t have been surprised, but I still was when, after only a couple of years, she concluded that the house was too small and she wanted to purchase a bigger one in Laguna Beach. And when she set her mind to something, it was going to get done. Her single-minded focus resulted in us purchasing a larger one in January 2016. Mission accomplished. Now the question was what to do with the small cottage.

Given all of the attributes I mentioned earlier about the cottage, I was intent on holding on to it and turning it into a rental property because I thought that the prospects for it appreciating were high and that it would be able to not only carry itself but generate positive cash flow as well. Thus, in theory, all future appreciation would be on the house (pun intended) since there would be no carry cost, or if there were, it would be minimal. This became our first personal rental property, and it led to the acquisition of other ones over the years.

As John Lennon famously said, “life is what happens when you’re busy making other plans.”Click To Tweet

As John Lennon famously said, “life is what happens when you’re busy making other plans.” I came to learn that while some people like to buy more units for less money because of the efficiencies that come with that, I came to like a more boutique strategy of buying well-located, high-quality single-family homes or townhouses that would appeal to renters that could pay sufficiently high rent to cover the costs and then some, even if the per unit cost were much higher than buying multiple units. I also liked the customized aspect of the strategy, as I have enjoyed getting to know each renter and doing my best to provide a quality living environment for them. As part of this approach, I have endeavored to hold each property for a very long time as I believe that they provide good diversification and solid, long-term appreciation potential.

As readers of my blog well know, I’ve been a big proponent of utilizing variable-rate loans for our CWS properties. When it comes to residential properties, however, I haven’t had as strong a conviction about this because these loans do not have the same prepayment constraints as fixed-rate apartment loans. Nevertheless, I have been eating my own cooking as all of my personal property loans have been variable. And up until late 2022, that strategy was a winner, particularly for this property, as my interest rate has averaged approximately 2.50% through 2021. And although the rate has gone to 6.25%, it still averaged approximately 2.70%, even when including 2022’s very sharp increase. I would be disingenuous if I said that this increase wasn’t painful because it is. With that being said, it’s still manageable, given my debt level and overall financial picture. My other loans also performed well since their origination, but they, too are now consuming more of my cash flow due to higher short-term rates.

This situation got me thinking, and I decided to test a somewhat counterintuitive hypothesis. From following the housing market and mortgage statistics, I knew I was in the very small minority of borrowers that have variable-rate loans that adjust monthly. Conversely, the vast majority of homeowners/landlords have fixed-rate loans at rates that are much lower than current market rates. Thus, they have very little incentive to sell unless they really have to or want to move. This should also mean that there would be a relatively small amount of inventory for sale, even adjusting for the reduced demand brought about by higher rates.

Rather than complain and stress out about having much higher debt service, I decided to use my liability and try to turn it into an asset. I could bring supply to a product-starved market. And since my cottage is only 1,000 square feet, it would be at the lower price point for Laguna Beach, although still insanely expensive as compared to any normal market. In addition, I always had the fallback of re-renting it if it didn’t sell and most likely at a higher rent that would help cushion some of the blow of the much higher rate I was paying. I felt like I was putting myself in a position with great optionality in which heads I win and tails I win, although not as much as heads. And if it did sell at the price I was contemplating, then it would produce a compelling return, and I felt that I had better things to do with the money because I know I would not be a buyer at that price. As a result, while I hope the buyer does just fine on his purchase, I think the appreciation potential over the next three to five years is relatively modest.

I did a brief scan of Zillow to see if my intuition was right about limited inventory, and this appeared to be the case. I contacted the broker who sold us the house, discussed my hypothesis, and what she thought would be a good price to market the property. She agreed that the market was nowhere near oversupplied, especially for cottages like mine. Before aligning on the price, she said she would look at the house and come back with recommendations as to the work that I should do to get it prepared for sale. She also offered to manage the entire process, which was hugely beneficial. She suggested a price, and while I understood why she recommended the price, I thought we should go out $50,000 higher, which is what we ended up doing.

The house got painted, termite work was done, plumbing and electrical repairs were made (the joys of owning a 100-year-old house), and she hired someone to stage the home. It only took a few weeks to hit the market from when I reached out to her.

She held an open house the first weekend and was pleasantly surprised with the traffic, given it was near Christmas. She felt confident that we would get an offer or two, and sure enough, less than a week after hitting the market, I received a full-price offer. The buyer is sophisticated, so that made the negotiation process painless from my perspective. It was an extremely clean and smooth transaction, and I couldn’t have been happier with the broker who represented me. The property closed on Friday.

After a little more than nine years of ownership, I will have more than tripled my money which translates to an approximately 13% return per year. The positive cash flow from renting the house out was a bit more than the carry costs of when we owned it for the first two years, and the negative cash flow that resulted from the last renter moving out and preparing the house for sale. This return also accounts for doing a significant upgrade after purchasing the property that was funded out of cash. So, all in all, I’m very satisfied with how it turned out. We got to enjoy using the home for a couple of years, it got us in the game in Laguna, which led to the purchase of a much better home, and it provided people with a very nice living environment and home for them.

Given the appreciation over the holding period, I now have the option of paying off two other variable-rate loans encumbering two other rental properties I own, thereby improving my cash flow from those two. I felt like I could benefit by paying off loans that are currently costing me over 6% and owning those properties free and clear versus using the money to make other investments. And if I want to access some of that equity, I can always refinance them at a later date.

And while there’s a side of me that will miss owning it, I am excited to sell it to someone who will use it as a second home like Roneet, and I did. And when I also consider that the home is 100 years old this year, I’m even more excited about transitioning it to a new owner.

It’s nice when an insight is generated, a plan is put in place to test the theory that resulted from the insight, and it ends up working out just as the theory predicted. I must say that last week was very satisfying and capped off 9+ years of great satisfaction from owning a quaint and wonderful property in a beautiful seaside community. It got Roneet and I in the game of owning rental properties, and I’m proud of what we accomplished together in that realm, among so many other things we did together.