Hold Your Judgments Lightly In a State of Disequilibrium 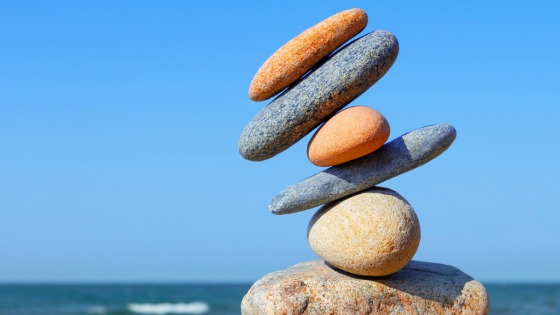 This blog post was inspired by one recently written by Dilbert creator Scott Adams. He is such a brilliant guy and was so right about Trump that I will forever hold him in the highest of esteem. Scott Adams talks about two very powerful psychological coping mechanisms: cognitive dissonance and confirmation bias. It’s a very thought-provoking piece.

It is very uncomfortable for most people to be riddled with doubt or uncertainty. It can be psychologically and emotionally unnerving. This is known as cognitive dissonance. It is a situation in which mental stress or discomfort results from:

A state of disequilibrium can only exist for so long before equilibrium re-emerges or there is some kind of breakdown. According to the Wikipedia entry about cognitive dissonance, the ways an individual can find relief from the tension that results from it are:

Cognitive dissonance theory is founded on the assumption that individuals seek consistency between their expectations and their reality….According to Festinger, dissonance reduction can be achieved in four ways.[1] In an example case where a person has adopted the attitude that they will no longer eat high-fat food but eats a high-fat doughnut, the four methods of reduction are:

One can see that people employ a few powerful antidotes to eliminate inconsistencies between their expectations and reality by either changing one’s behavior or, more likely, through justification, willful ignorance, or denial. And when people have staked out their position it can often be a matter of psychological and emotional life and death to maintain it and they will either ignore disconfirming evidence or look for data to support their position, otherwise known as confirmation bias.

I wrote about this in one of my investor letters in the context of some timeless lessons provided to the world by Heraclitus who was a pre-Socratic Greek philosopher. All that is left of his writings were cryptical epigrams, some of which have some strong application to investing and well-being. Two of the most applicable to this blog post (and political environment) actually speak to man’s inherent discarding of that which he doesn’t understand or believe and the importance of not holding fixed beliefs.

Dogs bark at what they don’t understand

That which opposes produces a benefit

The former speaks to how people often respond with a lot of emotion and noise to that which they don’t understand, particularly if it runs counter to their beliefs. This is essentially another form of confirmation bias.

I came to learn the value of the first epigram about dogs barking at things they don’t understand. There was a time I remember during the recession of 1990 and I was talking to a co-worker about how high the deficit was and how would we ever pay back all of this debt we were racking up and what would happen to interest rates. We were both deeply concerned and a bit bummed out by it. And yet, as time went on the debt grew and interest rates kept dropping.

I had to take a step back and assess the situation objectively. Were all of the people barking at deficits and debt accumulation, including me, barking at something they didn’t understand since interest rates were not behaving as most people thought they should? It was then that I started becoming aware of the cognitive dissonance I was experiencing between intellectually having issues with larger debt piling up and interest rates coming down. How could the two coincide? I needed to find some relief.

If you read my book you will find out about the journey I went on that completely shifted my thinking and led me to conclude that deficits were nothing to worry about when there is slack in the economy and higher interest was not to be feared. I found my relief by choosing option one above (or so I think I did, but maybe I’m deluding myself and actually chose number four).  This led to our aggressive use of variable rate debt since I no longer feared interest rates moving higher materially and as a result, our investors have saved over $60 million in interest over the past five years without taking into consideration much lower prepayment penalties for loans we paid off early.

In terms of the second epigram, I have to turn to yours truly from my 2012 investor letter and how it applied to housing and the aftermath of the subprime blow up:

This is the idea that everything is becoming its opposite at all times. Another name for it is enantiodromia and has great relevance to the U.S. housing market and the shift to a renter nation. It is the tendency of things to change into their opposites, especially as a supposed governing principle of natural cycles and of psychological development. America went collectively insane with its unhealthy focus on creating an ownership society related to housing. It was completely unbalanced and generated terribly negative consequences as people were given credit to purchase an expensive, illiquid asset with high transaction costs. This was especially counterproductive at a time which required more and more geographical flexibility as people change jobs much more often than they used to. When this is combined with such financial inflexibility resulting from minimal down payments, inadequate savings to cushion income interruption or unanticipated expenditures, and high debt levels, particularly for student loans, it was a recipe for disaster. Eventually, there is such an extreme to one way of thinking that it causes a breakdown that requires it to swing the other way. That is why Heraclitus said “that which opposes produces a benefit” because it often times represents a good check and balance to make sure things don’t go to extremes. And this is beneficial for renting as the nation swings psychologically the other way from salivating over home ownership to almost detesting it.

This turned out to be an accurate assessment as the following chart shows how the homeownership rate has dropped significantly in the aftermath of the housing bubble and its subsequent crash.

While we all need and use certain psychological coping mechanisms to get through our lives, many of these can be detrimental to our long term well being and investment results. I have come to learn that the need for certainty, clarity, and absence of doubt may be a short term panacea for dealing with the vicissitudes of life, but inevitably it will come to pass that these are foundations built on quicksand as reality will hit us hard and shatter our illusions when we come to learn that life is no longer meeting our expectations. And through this pain, it becomes revealed just badly we were deluding ourselves.  These coping mechanisms are particularly dangerous when it comes to investing because they put us in great peril of making poor investment decisions. On the one hand, our need for certainty and being, without a doubt, can enable us to have a strong enough conviction to make an investment, but on the other hand, we have to go against our nature and be flexible, humble, and open-minded enough to assess whether our thesis is correct or not. This is extremely difficult to do as looking at situations objectively requires us to be prepared to admit that we were wrong and then be willing to take a loss if we think the situation will get worse or stay stagnant. Good luck with that.

I will leave you with a short interview that Stanley Druckenmiller did talking about selling all of his gold holdings after the market tanked when it became clear Donald Trump would win the election. The world changed and he reacted accordingly. He had one thesis that now proved to be incorrect and he took counteraction. Notice in the interview that he says he always remains open-minded. He also had the courage to act on his convictions and turn on a dime when he realized he was wrong or he saw the world changing in ways that told him he should exit his position. That is one of the reasons why he has one of the best investing track records of all time.

Druckenmiller followed the advice of John Maynard Keynes when he famously said, “When the facts change I change my mind. What do you do sir?” According to Scott Adams, very few of us will change our minds. It’s just how human beings are wired. It is often too painful to let go of long-held beliefs.

A wise man once advised me to hold my judgments very lightly. As I get older, I continue to see how wise he was. He knew that strongly held and inflexible beliefs can lead to poor decisions or very painful cognitive dissonance that would reconcile itself often in unhealthy ways. Things change and those changes beget other changes. Once we can accept the inevitability of change, our inability to control outcomes, and that uncertainty is the norm, the more we can begin to enjoy the journey and not be so fixated on where we have to end up. In the words of Robert Hunter in the Grateful Dead song Crazy Fingers:

Who can stop what must arrive now? something new is waiting to be born

Dark as the night you’re still by my side shine inside.

Gone are the days we stopped to decide where we should go, we just ride.

Gone are the broken eyes we saw through in dreams gone, both dream and lie.

Remember, disequilibrium can only exist for just so long before equilibrium re-emerges or there is some kind of breakdown. My question, when faced with facts or when the facts change will people change their minds?