The Gift of You - Now And In The Future 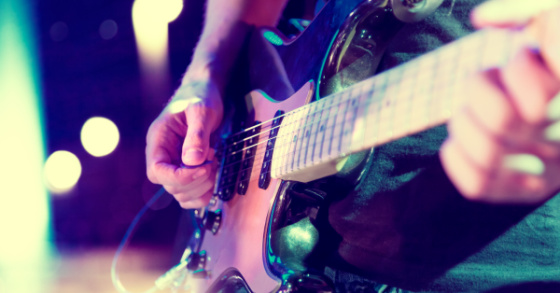 When I wrote my book, the target audience was deep pockets and deep thinkers. My choice of blog subject tends to oscillate between the two. This week caters more to the latter than the former.

The Gift of You

When one has gained clarity about what gifts one can offer the world and then designs one’s life to utilize them in ways that benefit others, then one is leading a very productive and meaningful life and great rewards will inevitably accrue to he or she. Some of the most successful business people and investors really never truly retire. Warren Buffett, Charlie Munger, Howard Marks, George Soros, Stanley Druckenmiller, Carl Icahn, Julian Robertson, John Templeton, Sheldon Adelson, Roger Penske, Leslie Wexner, Bill Williams, and Wilbur Ross are some notable ones that come to mind who continued to be active later in life. Some more so than others, but even ones like Soros, Druckenmiller, and Robertson, who have others managing their money, still get involved when they deem it necessary and are still very intellectually engaged. In addition, they are also very involved in other aspects of their lives, notably philanthropy.

Rock and roll is a domain that is understandably thought of as a young person’s field. After all, a very young Pete Townshend said: “I hope I die before I get old.” Pete couldn’t imagine being an old fuddy-duddy and would rather not be on this earth than give up his vitality and creativity. I wonder what 77-year-old Pete would say now as he still rocks on with Roger Daltrey, filling arenas and singing My Generation, among many other timeless classics? Or Bruce Springsteen or Mick Jagger or Bob Dylan, Paul McCartney, Neil Young, or Van Morrison.

“I hope I die before I get old.” ~ Pete TownshendClick To Tweet

Do we work to live or live to work?

Most Europeans would say the former, while most Americans would say the latter. I am more in the latter camp because I think fully engaged people who are doing good work, tapping into their creativity, enhancing the lives of others through their efforts, and can continue to earn financial rewards, lead a more fulfilling and, I would suspect healthy lives. I have the luxury of taking a lot of liberties with this blog, but I like to tie it to investment, even if it is quite tangential. The loose connection this week would be the enormous returns of investing in oneself and that rather than being retirement focused it is much more fulfilling to be meaning-focused.

The Gift of Music

The long preamble was a roundabout way for me to be able to discuss the incredible Van Morrison concert I had the great pleasure of seeing recently in Las Vegas. Besides being a great show, there were also so many lessons learned. I tend to see the world through the prism of how can I gain more wisdom (avoiding big mistakes) and to more easily exercise the muscle of courage (take high payoff actions) and how I can apply these to life in general and investing more specifically. While he only performed for one hour and forty minutes, he played straight through, and it felt like it lasted much longer. His band was fantastic, his voice incredible, and it was a mesmerizing evening I did not want to be anywhere else in the world for the entire time. Van Morrison seems to be the embodiment of getting better with age, which is something we should all strive for. He has found his gift and calling and is sharing it with the world.

Van Morrison has been incredibly prolific, having completed 36 albums since his remarkable debut in 1968 of Astral Weeks. He is 77 years old, and like most creative rock stars, he has had many personal challenges. He has had demons he has had to exorcise and, having done so, has come out stronger and wiser. We are all better off with him having worked through them and leaving us with some extraordinary music and a renewed commitment to performing live. He used to be notoriously unpredictable with regard to what Van Morrison would show up. When he was drinking far too much, there was a distinct possibility that he would be antagonistic toward the audience and perform very sloppily. That is no longer the case. He is at the top of his game. Wouldn’t we all want that at age 77?

Through his music and poetic lyrics, he conveyed some important lessons from the spiritual to the practical. For example, in his song Enlightenment, he points out to us something very obvious upon reflection but not something we think about that much. Enlightenment doesn’t know what it is. It is something we are seeking and yet only we can find our own enlightenment. The kingdom of heaven is truly within. He also played Days Like This and Precious Time. They are both very upbeat in terms of their melodies and beat but have very different messages.  And when Sometimes We Cry is added, all aspects of the continuum of human emotions and mindset are covered. They focus on the importance of optimism, the power of limits (time), and how sometimes we can feel like life is too much to handle.

From an investment perspective, I’ve been a big fan of the Stocksdale Paradox, which says that one has to be optimistic and realistic at the same time. Without optimism, one would never take a risk, and yet one also has to be realistic too so that we don’t get too carried away and see the world through rose-colored glasses. The song Days Like This speaks to optimism, while Precious Time tells us not to be overconfident since everything passes and that because time is limited, let’s make the most of it and do what brings us true fulfillment. Let’s start with the optimistic message reminding us that we can actually have incredible days and we should not lose sight of this potential and recognize it when we’re experiencing it.

When it’s not always raining, there’ll be days like this

When there’s no one complaining, there’ll be days like this

When everything falls into place like the flick of a switch

Well, my mama told me there’ll be days like this

When you don’t need to worry, there’ll be days like this

When no one’s in a hurry, there’ll be days like this

When you don’t get betrayed by that old Judas kiss

Oh, my mama told me there’ll be days like this

And now, for the more realistic point of view that no matter who we are, everything is temporary. We can be a king or queen and pray to different gods, but there is no escaping the fact that our time here is limited. As he does with Days Like This, Van Morrison isn’t telling us what to do with this knowledge, he is just pointing out what is.

It is up to us to make the most of it.

But you’re only king for a day

It doesn’t matter what route you take

Sooner or later the hearts going to break

No rhyme or reason, no master plan

No Nirvana, no promised land

Because, precious time is slipping away

You know you’re only king for a day

Say que sera, whatever will be

But then I keep on searching for immortality

Everything in life just passes away

But, precious time is slipping away

You know she’s only queen for a day

Sometimes it’s bad when the going gets tough

If we’re only human what more can we do

The only thing to do is eat humble pie

So here are my takeaways from the wonderful Van Morrison concert:

The gift of you for a fulfilling life. Do you live to work or work to live?