How Has Public Investment Improved Lives and Well Being? 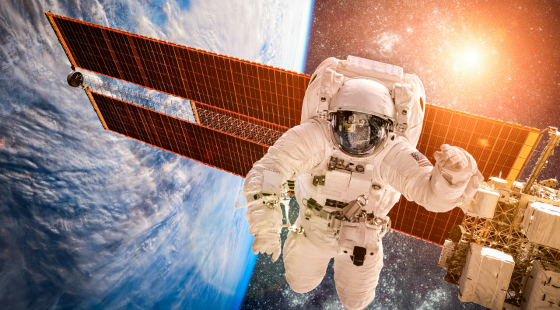 With this being Memorial Day I thought I would take a slightly different spin to honor this holiday. I, of course, want to thank everyone who has served to help protect our country.

The first people to honor and offer our most sincere form of gratitude is to those in the armed forces who literally putting their lives on the line to defend our country. They would not be able to be as successful as they have been, however, without the countless others who have contributed to the defense of this country and improving our welfare.

There has been a great deal of discussion among the G-7 countries about how ineffective monetary policy has become and that countries must turn to fiscal support to help stimulate growth and bring down under-employment and unemployment. I fall into this camp and believe that significantly enhancing our investment in infrastructure and other critical social goods is a no brainer. Unfortunately, Congress is full of people with seemingly no brains so I am not optimistic this will happen. We are not constrained financially from doing it, only politically.

There is such toxic ideology around the role of government and what it should be spending money on and what it should not. People on the far left think the government should be involved in everything while those on the far right believe it should be involved in very little and leave it up to the private sector. Of course, there is a happy medium. One thing that is hard to argue, however, is our society and the world has become much better off in terms of improving standards of living and productivity by many of the investments in research and development carried out by the government via the Department of Defense and NASA.

I wanted to espouse some of the benefits of government spending via some of the technology that has been commercialized from investments made from defense spending and from NASA.

It is well known that we would not have the internet or GPS without these investments. How about the Army Corps of Engineers (ACOE)? What has it accomplished in its notable history since it was founded in 1775? Here are some highlights:

As the list above shows, The ACOE was involved with providing construction support for NASA. Each year NASA publishes Spinoff which highlights some of the most successful accomplishments in terms of the commercialization of NASA technology. It is a fascinating read. While most of us are not putting our lives on the line to defend our country, a very large number of us pay taxes to help support the military and the countless numbers of very bright and hardworking people who are doing extraordinary work in terms of developing technologies that can greatly improve the odds of our military succeeding in its various missions. Fortunately, some of these technologies have spillover benefits to the private sector that can benefit an even wider swath of humanity as Spinoff shows.

Here are the top 20 new NASA spinoff technologies from one of its recent editions of Spinoff:

That is quite an impressive list and barely scratches the surface of how public investment has greatly improved the lives and well being of not only Americans but millions of people around the world. The interstate highway system, dams, bridges, communications, improving life expectancy, education, and basic scientific research are just a few of the major areas we have earned huge rewards from a partnership between the federal government and its various agencies and the private sector. With the world mired in sub-par economic growth and millions of people underemployed or out of work, I must agree with the finance ministers of the G-7 that sensible and prudent fiscal policy expansion is the lowest hanging fruit to catalyze greater growth and improved living standards. There are absolutely zero economic constraints for a more robust fiscal expansion in the United States. The only constraint is political and unfortunately, I have very little faith that there is enough courage and common sense to overcome this formidable obstacle.

Thank you again to the millions of Americans who have made great sacrifices for the country, both on the battlefield and off. We are the land of the free because of the brave.