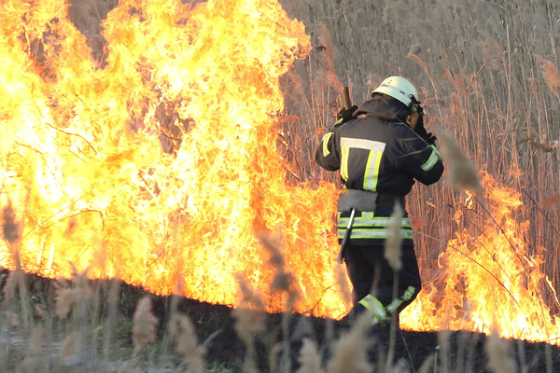 There’s a regional park near my house that I like to hike. It has beautiful scenery, a lot of hills, and a number of people on the trails that conveys a feeling of community and self-care. Its topography and large size allow for many different trail options in terms of length, gradient, and beauty.

In the fall of 2017, a number of large fires broke out near my home that required us to evacuate. Fortunately, very few structures were damaged in the area but the regional park was not spared as parts of it were scorched. My daughter was home from college for Christmas break and she too enjoys hiking there, especially together as we can discuss a whole variety of subjects while getting great exercise. I wanted her to see how destructive the fires were in the impacted areas as it was pretty dramatic to see for the first time. The following picture shows the apocalyptic image of what we discovered after ascending the large hill and coming down on the other side where the bulk of the damage occurred. 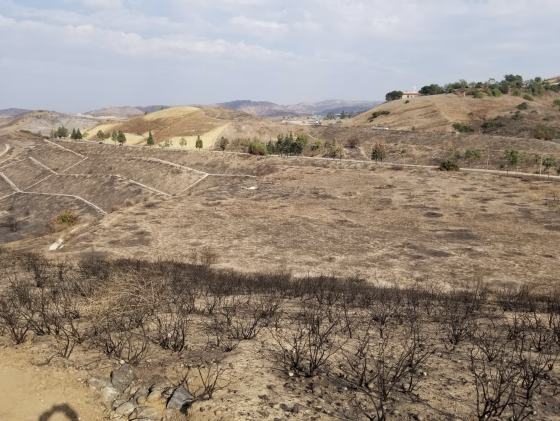 Everything dies baby that’s a fact

But maybe everything that dies someday comes back

And in this case, Bruce was prophetic (yet again). The rains we had in California over the winter and early spring created an incredible regeneration of greenery and floral life in the area. The following picture, which is very close to the location of the first picture, is a dramatic representation of this rebirth. 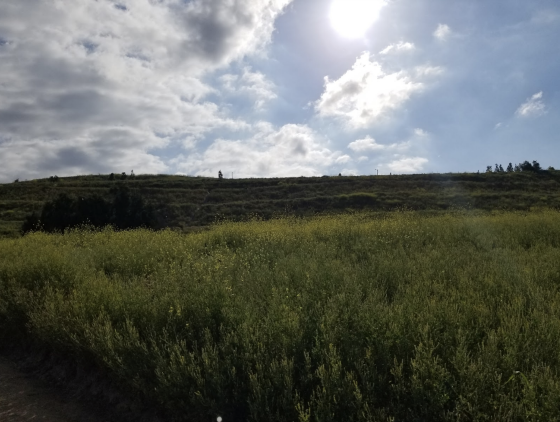 Earnings Metaphor –  The Role Management Plays in the Rebirth

I thought this was a good metaphor as I was following some earnings news and milestones related to some publicly traded companies. One of them is Microsoft as its value exceeded $1 trillion for the first time. It is the third company to have done so but it is currently the most highly valued one as it recently eclipsed Apple for number one.

Microsoft’s stock price peaked in late 1999 and significantly underperformed the S&P 500 through February 3rd, 2014, the day before the current CEO Satya Nadella was chosen to replace Steve Ballmer. During that time the S&P 500 produced a cumulative return of approximately 46% while Microsoft’s was a negative 12%. This is based on information generated by Yahoo Finance.

What a difference a talented and highly effective CEO makes who has the right vision and ability to execute, especially when applied to a business with a strong market position, financial strength, brand recognition, and terrific talent. What they were missing was positioning the company for the future as opposed to living off the legacy of its huge cash flow from its PC centric business. Nadella knew that the world was shifting to the cloud and if Microsoft didn’t pivot it would be left behind like it had been in other areas under previous leadership, and that it had to shift dramatically and change the culture to a cloud-centric one. The results have been terrific as the stock has dramatically outperformed the S&P 500 during his tenure. The cumulative return has been approximately 216% versus 56% for the S&P 500.

This is an example of going from the first picture of a somewhat desolate situation, although I’m being a little dramatic, to grass filling the entire landscape. It’s hard to overstate the importance of leadership when it comes to turning around a company. Get the strategy right and then relentlessly focus on execution applied to a very good underlying business can produce dramatic results. Sometimes it takes a change at the top to catalyze regeneration.

Another more recent example of this is Chipotle who brought in Brian Niccol, the former CEO of Taco Bell, on February 14th, 2018. He too has done a remarkable job of turning around the company and in a very rapid period of time. He took a brand that had been tainted because of the illnesses that people were coming down with after eating at the restaurants and rebuilt customer confidence. He then pivoted the company to having much more of a digital presence and capability to be able to have food ready for pick up or delivery and have it be of the same quality as in the restaurant. Chipotle is a wonderful brand and has terrific loyalty and the food is high quality and tasty. Its loyal followers were willing to give it the benefit of the doubt because it was making substantial changes in its food procurement and health management processes and systems. Customers were also telling Chipotle that they wanted a rewards program and management listened to them and implemented a rewards program and now they have over 1 million people who have signed up for it. This is yet another example of going from barren to full greenery due to strong visionary leadership and excellent execution.

Since Niccol was named CEO, the stock has returned approximately 115% versus 7% for the S&P 500.

The third example and there are many more that I can cite, is the classic one of Apple and the return of Steve Jobs. Apple was pretty close to going under before Jobs retook the reins. Jobs was able to come up with a product, the iPod, which was not necessarily unique, but what he was able to do was to get the music companies on board and create a hub via iTunes for people to download music cost-effectively and safely. And what Apple ended up with iTunes was a huge database of credit card accounts that could be continuously monetized.

We all know that Jobs was fanatical about continuous improvement and not relying on old products and protecting them because of the cash they generated to propel the company forward. He was a fanatic about innovating them away by creating exciting new products.  That is what led to the iPhone which cannibalized the iPod, cameras, and computers. And what made Jobs different than Nardella and Niccols (and virtually every other regeneration catalyst) is that he actually created a new industry with the iPod being leveraged into the iPhone. Microsoft pivoted to the cloud which is where things were headed and Chipotle shifted towards more of a digital interface with its customers, which is where of course the world has been heading. But nobody did what Jobs did, which was to create an ecosystem with iTunes and dramatically expanded and leveraged it by the iPhone and corresponding App Store. The next phase is recurring services revenue. Since 2001 the S&P 500 has produced a cumulative return of approximately 115% while Apple’s exceeded 12,000%.

Facebook is an interesting example of a great business that, when priced with pessimistic assumptions, can climb a wall of worry despite a barrage of negative news. Despite all of the terrible headlines it’s been getting, the huge political pressure calling for regulation and breaking it up, and the fines it has been levied and is expected to be levied, their earnings blew threw all estimates and the stock popped. And this is in spite of reserving approximately $5 billion for future fines, or maybe because of it.

That is another example of the power of a great business and that some of these costs and privacy concerns are just a cost of doing business and part of being in the bulls-eye of politicians and the media and that the stock at roughly 24 times earnings has factored in a lot of these risks. Investors seemed to be pleased that they are taking aggressive steps to put much of this behind them and it can be quantified.

It is hardest to invest when it is darkest out there but if it is a company with a decent brand, good market position, strong financial health, and a loyal customer base that has run into what analytically can be determined as temporary problems, then that could represent a good buying opportunity. It is difficult to do behaviorally, however, as things look so bad and you don’t know how they can get better, but typically this is the time when the price reflects a lot of the bad news already. And conversely, an absolutely beautiful hike through lush scenery, such as I’ve been able to do recently, is not always the best time to invest as everything looks so beautiful and rosy because many optimistic assumptions are built into the stock price in which one misstep could result in a pretty significant deterioration in value.

Two recent examples of stocks of high-quality companies being beaten up are 3M, which had its biggest drop one day drop in about 30 years (down by approximately 13%), and Intel, which dropped about 10% on April 26th. Both are great companies with terrific brands, strong balance sheets, and historically well run businesses so it’s possible that that drop in their share prices have been overdone and their historically high dividend yields and strong financial position are solid enough margins of safety to provide a long-term investor with compelling entry points. Time will tell whether these are temporary issues versus something more systemic. History suggests they are more of a temporary nature but the stock price won’t reflect this for a while as investor confidence is shaken and takes time to rebuild.

While I’m not expecting changes at the top, in the unlikely event new leadership is brought in, then pay close attention as it could catalyze regeneration down the road.