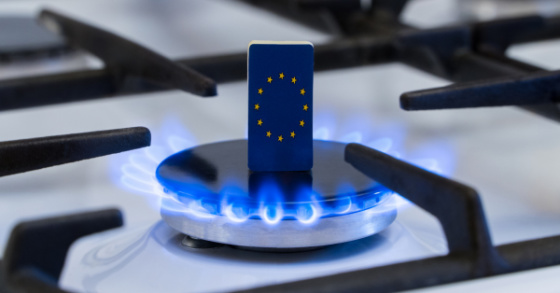 A couple of months ago I wrote about the unfolding energy challenges related to the sharp recovery out of Covid and the transition to renewable energy sources. The article talked about coal and how the demand for it has increased significantly while supply has dropped due to Covid and the utter disdain for it as an energy source due to its carbon emissions. Since then the problems have become even more acute, particularly in Europe. The following charts will show how natural gas prices have exploded, far beyond where they were when I last wrote about the topic. One can see that they had a material correction but have more than doubled in a very short period of time since then. 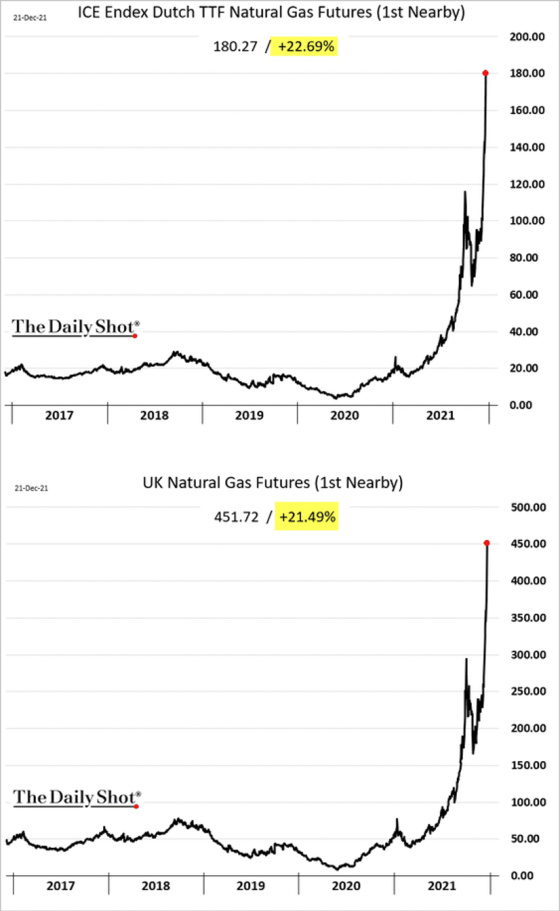 So, what’s the cure for high prices? High prices!Click To Tweet

The profit-generating opportunities from high prices lead to a concerted effort to bring new supply to the market because the revenues generated by doing so far exceed the costs.

The following chart shows the price differential between European natural gas and the United States. 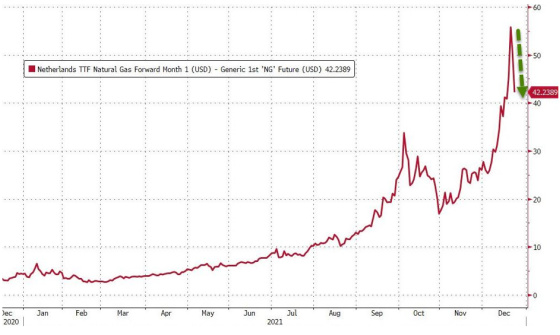 Although it is starting to correct, the differential is still enormous and creates a huge incentive for suppliers to redirect their natural gas to Europe. The following picture shows how a flotilla of tankers is now heading to Europe with liquid natural gas to take advantage of this virtually risk-free opportunity to generate huge profits. 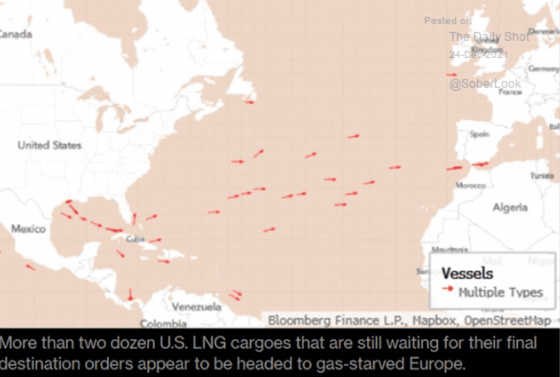 Investors are already pricing in more supply hitting the market as natural gas prices have come down sharply, although they are still at very high levels. 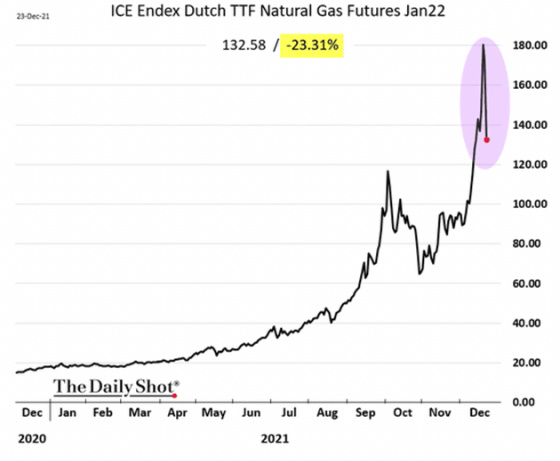 The U.K. and Europe have become increasingly at the mercy of importing natural gas, especially from Russia, which uses it as a political weapon (although Putin denies this), as their production has dropped significantly over the last four years. 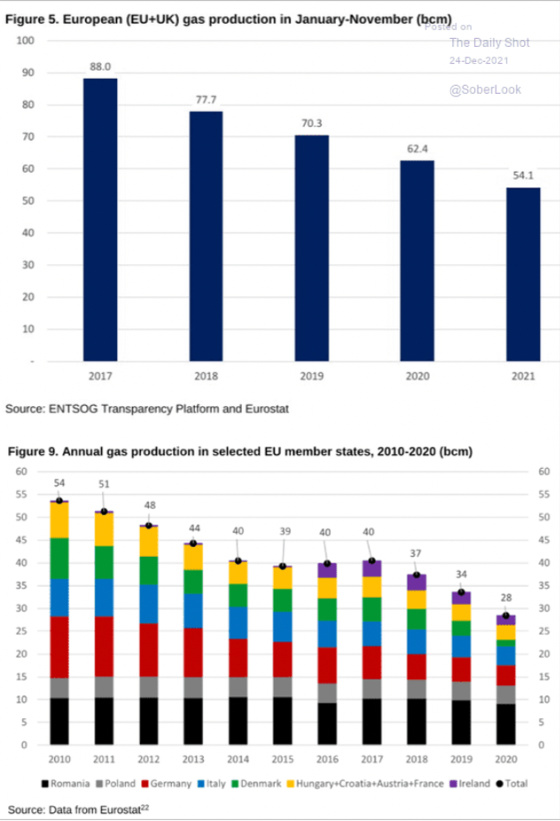 This has led to significant withdrawals of natural gas from their storage facilities. 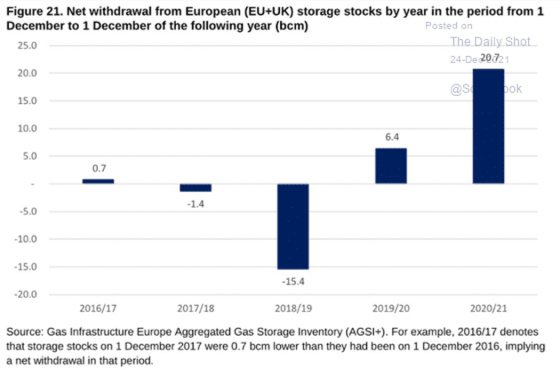 This chart shows how the E.U. has become increasingly more reliant on natural gas from Russia as a percentage of its total natural gas imports. 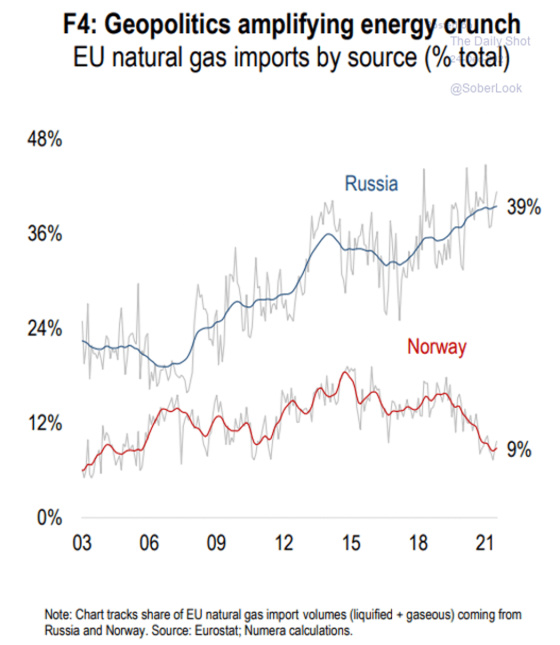 Gazprom is the Russian giant energy producer and one can see, unlike the U.K. and E.U., its gas production has remained relatively constant. 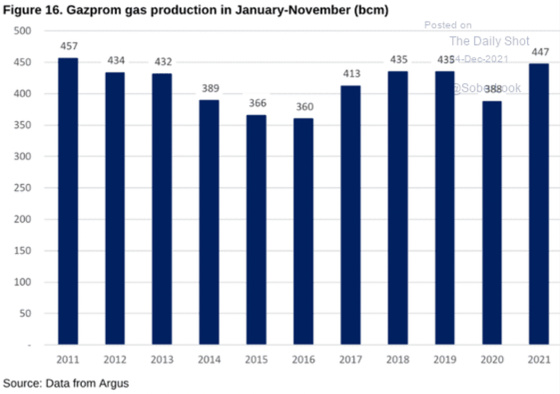 And yet, it is doing very little to replenish its very low inventories in Europe in spite of the huge profit opportunity available. This suggests that Putin is using natural gas as a geopolitical weapon to extract concessions related to Ukraine. 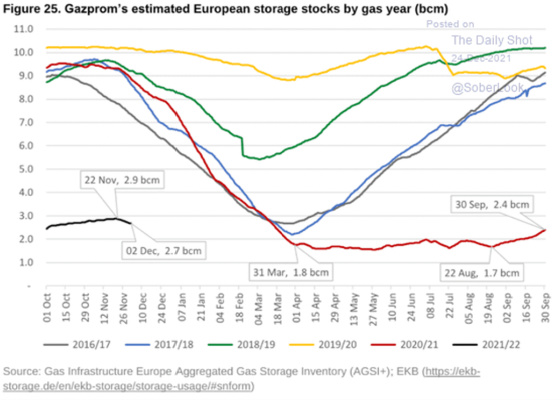 Skyrocketing natural gas prices have led to an explosion of electricity costs in Germany and France, the E.U.’s two economic powerhouses. 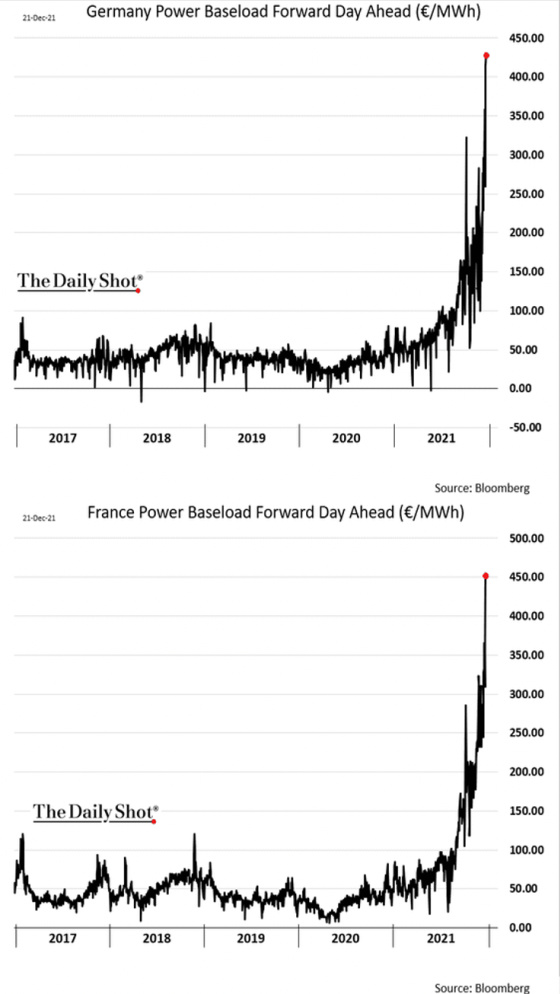 According to this tweet, electricity prices hit levels way beyond those shown in the charts above. 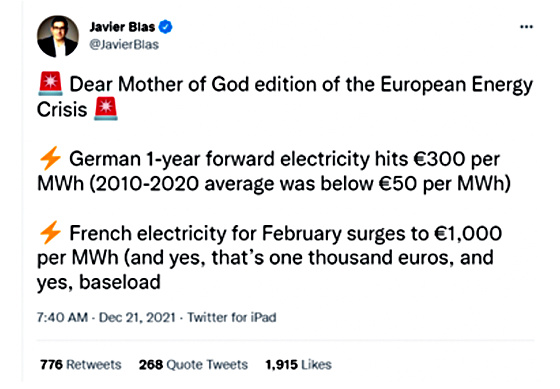 And how is this for a Christmas present to the people of Kosovo?

That was before Electricite de France SA said it was halting reactors accounting for 10% of the nation’s nuclear capacity. Germany is also set to close almost half of its nuclear power capacity before the end of the year, putting further strain on European grids.

Here is some more commentary about Germany’s decision to denuclearize. This doesn’t bode well for future electricity prices in Germany. 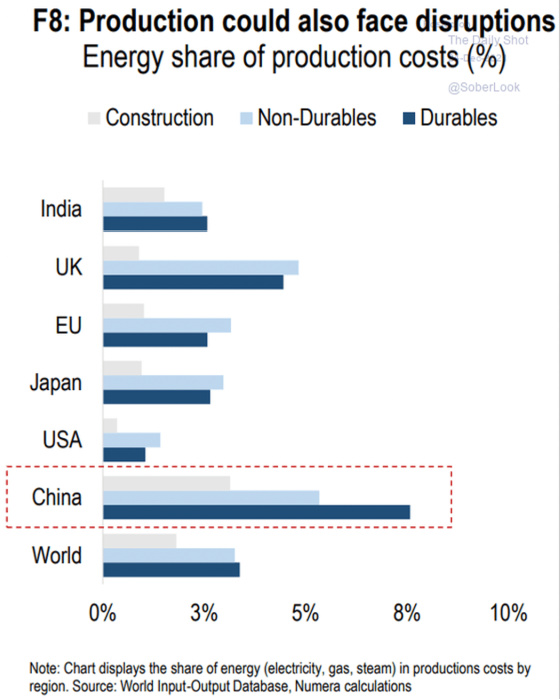 The United States, on the other hand, as one of the world’s largest natural gas producers, particularly liquid natural gas, is a huge beneficiary of the sharp increase in demand. Nevertheless, demand is still exceeding supply globally so we alone will not be able to fill the gap. 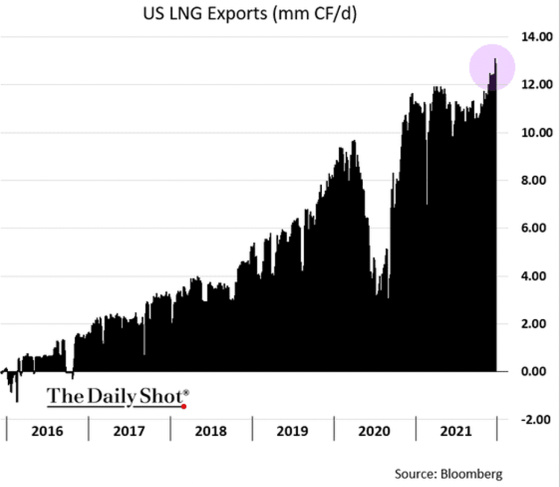 I don’t see any way around the world continuing to rely on hydrocarbons and nuclear power for decades to come if we are going to meet the world’s energy needs. Obviously, I’m not alone in this thinking as this headline shows. Perhaps some common sense is starting to prevail, but that might be magical thinking on my part. Clearly the Dutch are now very energized (pun intended) to hedge their bet and reliance on renewables.

I hope you had a wonderful Christmas holiday.