Wisdom of Charles Brandes: The Principles of Value Investing 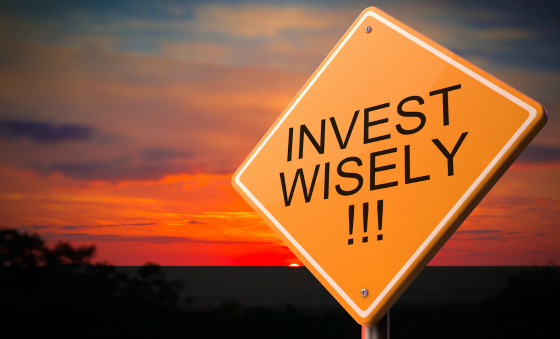 Charles H. Brandes is the founder and chairman of Brandes Investment Partners, L.P. and a true pioneer in international investing. He is also a strong adherent to the principles of value investing. One of the benefits of being a CFA is that I get access to publications from the CFA Institute and every so often there are some gems that I come across. One of them I recently read is an interview done with Brandes transcribed from a conference held in late 2014. The interview is entitled “Enduring Principles of Value Investing”. Brandes oversees a multi-billion dollar investment management firm and he was one of the pioneers in terms of investing outside of the United States. The interview is very interesting and one I highly recommend reading. How he got into starting his own money management firm and venturing overseas are particularly fascinating.

Brandes was working as a broker in 1970 at a time when the market had experienced a particularly vicious downturn and investor sentiment was quite negative. One day an older gentleman came in to open an account and Brandes recognized him as Benjamin Graham, the father of value investing, and the teacher of Warren Buffett. After he made a purchase of a stock Brandes asked him if they could get together to talk about investing. Graham eagerly said yes as he was a teacher at heart. What were the most important things he learned from Graham? They were as follows:

Benjamin Graham led Brandes to value investing. So who or what led him to the international arena? Similar to how I thought when I applied to work at CWS that it managed stocks and bonds only to find out it was real estate and subsequently told them I had always been interested in real estate, Brandes decided to go with the flow as well. After he started his firm in 1974, his first client was a non-American who moved to California for the weather. Brandes is located in San Diego. He said that he appreciated his fundamental, value-oriented approach, but couldn’t he find similar discounts overseas? Brandes replied, “Of course we could do that. Value investing works anywhere in the world.” Brandes said in the interview, “We found this to be a true statement, even though we did not know it to be true at the time!” If a customer comes in and wants blue shoes, then sell him blue shoes and don’t talk him out of it! That is what Brandes did.

Brandes is still a big proponent of investing internationally, particularly emerging markets, which represent approximately 37% of global GDP and, more importantly, according to Brandes, out of 100 babies born, 99 are born in emerging markets. Obviously, that is where a lot of future growth will be taking place. He also thinks that they offer good value relative to the more frothy developed markets.

I was also very intrigued by Brandes’ thoughts about how misguided many large institutions are when it comes to their investment objectives. He says the following:

“For many larger institutions, their number one objective seems to be reducing risk, however, they have defined it. Most investors seem to define risk as short-term volatility, which has little to do with true investment risk. I find it amazing that the number one objective of large institutions is not to provide good, long-term rates of return in building wealth for their clients. I have not seen anything quite like today’s attitude toward risk in my entire career. I hear the advisers saying, “You have to be totally diversified, and you have to worry about price fluctuations, and you have to use Sharpe or Treynor ratios, and you have to be long-short, and you have to have hedge funds, and you have to have a significant allocation to leveraged real estate as well as commodities.” This attitude makes investing very complicated, and I think it is very damaging to many investors.”

At the end of the day, he said there is really nothing new under the sun and “the only thing that helps performance is good, basic, fundamental, long-term thinking.” Their average holding period is about four years and they typically hold 50 to 70 positions in their portfolios.

Finally, he doesn’t shy away from messy situations if securities are cheap enough. For example, he is not opposed to investing in Russia where there is a great geopolitical risk because when so many investors fear these risks then prices usually become so cheap that some companies can offer very compelling values. Russia’s two energy giants, Gazprom, and Lukoil, are perfect examples of this. They trade at two and four times earnings respectively, thereby offering a pretty large margin of safety for investors.

I’m always impressed by people who have generated business and investment success over long periods of time. One of the consistent characteristics of them is a long-term orientation and independent thinking and Charles Brandes is clearly one of those unique individuals. We have tried to build, grow, and manage CWS in a similar manner and plan on continuing to adhere to similar principles as espoused by Brandes to help us avoid imprudent risks and have the courage to take advantage of game-changing opportunities.

Based on Charles Brandes experiences and you’re own, which is it? Can you avoid imprudent risk while taking advantage of those incredible game-changing opportunities? What’s required courage or depth of knowledge and long-term thinking or do you rely on someone you trust?