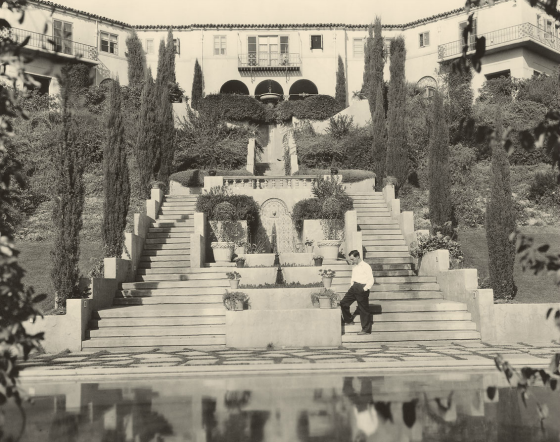 There was a time when most people thought that you could never go wrong buying well-located real estate for the long term. This faith was definitely destroyed by the collapse of the housing bubble. Even with this experience, my guess is that most people would not assume that Beverly Hills real estate would be worth less than what it cost to build 46 years later. Well as the following blurb shows in 1975 regarding the sale of the Buster Keaton estate, this is not the case. It was built for $2 million in the 1920s and sold for $1.6 million, despite having 44 rooms on 16 acres. I find it interesting that despite being almost 100 years old it has maintained it’s old world charm and decor.

Real estate in the 1920s proved to be an extraordinary bubble so it is even possible nearly half a century later to be underwater despite buying some of the most magnificent real estate in the world. And if the estate could have waited close to another 40 years it would have been well worth over $100 million. Staying power is the name of the game not only in sex but in real estate as well.