Resistance is The Enemy of Creativity 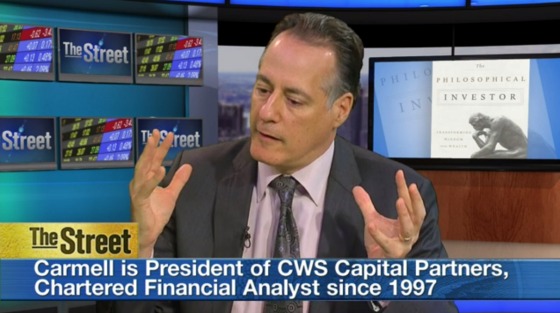 Shortly after publishing my book I was in New York City and did a brief interview with Gregg Greenberg from TheStreet.com which was quite fun and then I had a meeting with investment legend Howard Marks which was such a treat. He was kind enough to write a testimonial for the book and made the time to let me thank him personally. We were talking about the markets and interest rates and I proudly told him about how we’ve elected to have most of our financing be a variable rate versus fixed. He then got up from his desk without saying a word and handed me a framed notice from a bank announcing an interest rate reset on a loan to 21.50% in 1981. That definitely let some air out of my balloon! I do still feel good about our strategy, but I am cognizant of the risks.

While I don’t have a transcript of my meeting with Mr. Marks (I wish I did), here is the video of the interview with Gregg Greenberg:

This is the last of summaries of books written by others for awhile as next week I will return to publishing a series of summaries of my book accompanied by some pretty cool videos. This week’s book is one I read a few years ago but definitely had an impact on me. It’s called The War of Art: Break Through the Blocks and Win your Inner Creative Battles by Steven Pressfield. This is along the same lines as some recent posts that discussed creativity, procrastination, and healthy habits. Here goes.

According to Pressfield, the biggest enemy for anyone in the creative world is Resistance. Resistance is elicited by “any act that rejects immediate gratification in favor of long-term growth, health, or integrity…[A]ny act that derives from our higher nature instead of our lower.” This definitely has application in CWS’ investing business. I have found that what we do is generally a get rich slowly business. Many times along the journey there have been times to go for the quick buck at the expense of long-term gains. It’s very important to have a wider lens and higher purpose in mind in order to delay immediate gratification in exchange for much more sustainable and greater long-term rewards. There have been many times when we could quickly flip an investment and make a nice, short-term profit and then be faced with the challenge of placing that capital in another investment versus staying the course and end up doing quite well with less risk as we can generate the returns from one investment decision versus flipping properties, incurring transaction costs, and having to make a number of correct decisions versus one. 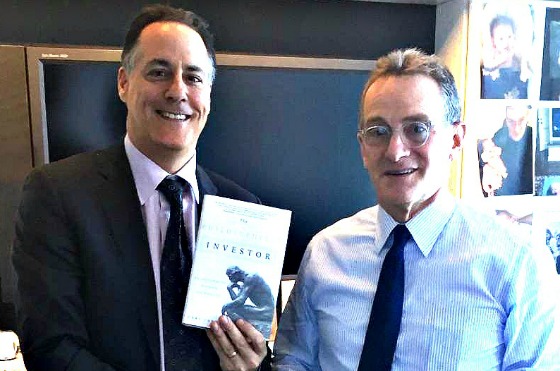 Howard Marks did bring up a very insightful point along the same lines during the meeting. Oaktree Capital, his firm, is one of the best-distressed bond investors in the world. He said that bond investing is a negative art. What he meant was that all bonds are expected to pay off when they’re issued so the real important thing is to make as few mistakes as possible and the winner is the one who makes the least amount of mistakes versus getting the most hits. He thought our business of apartments was similar in the sense that first avoid the mistakes (losing money) and then if you hang around long enough and have enough prudent bets then some of those may turn into triples or home runs. There won’t be many, but the core business is good enough to offer a solid risk/reward and the gravy of the unexpected outlier positive returns can make the business even better without incurring much more risk.

What are the Characteristics of Resistance?

So what are the characteristics of Resistance? Pressfield has identified many different ones. They are as follows:

“The athlete knows the day will never come when he wakes up pain-free. He has to play hurt. Remember, the part of us that we imagine needs healing is not the part we create from; that part is far deeper and stronger. The part we create from can’t be touched by anything our parents did, or society did. That part is unsullied, uncorrupted; soundproof, waterproof, and bulletproof. In fact, the more troubles we’ve got, the better and richer that part becomes. The part that needs healing is our personal life…[which] has nothing to do with work.”

“He is prepared, each day, to confront his own self-sabotage….He understands that the field alters every day. His goal is not victory (success will come by itself when it wants to) but to handle himself, his insides, as sturdily and steadily as he can.”

“The amateur…over-identifies with his avocation, his artistic aspiration. He defines himself by it. He is a musician, a painter, a playwright. Resistance knows that the amateur composer will never write his symphony because he is overly invested in its success and over-terrified of its failure. The amateur takes it so seriously it paralyzes him…

“Therefore the more fear we feel about a specific enterprise, the more certain we can be that that enterprise is important to us and to the growth of our soul. That’s why we feel so much Resistance. If it meant nothing to us, there’d be no Resistance.”

Being paralyzed by fear shows you what you have to do.

I will wrap up with this great statement from Pressfield that I found to be very inspiring:

“Our job in this lifetime is not to shape ourselves into some ideal we imagine we ought to be, but to find out who we already are and become it.”

Have you ever overcome resistance? Was it throughout a creative process, business endeavors or within your personal life? What are your words of wisdom?