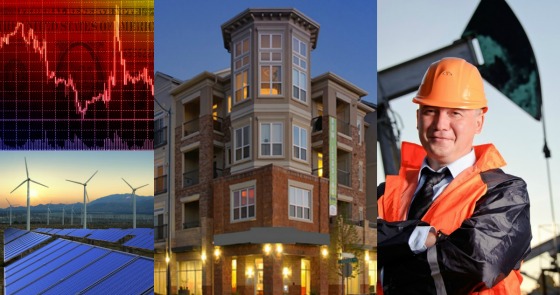 I jokingly said to my wife that the following graph is the reason she can purchase a car she has had her eye on. 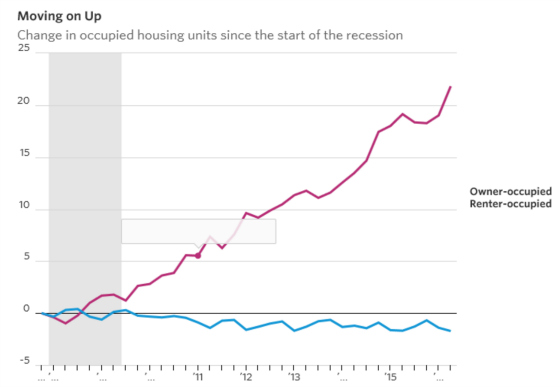 Long Living Trends – Advantages of Being an Owner of Rental Housing

It’s clearly been advantageous to be an owner of rental housing as there has been a surge in the demand for rentals since 2009. The following chart shows how this has translated into tremendous growth in rental income in the economy since 2010 as it has nearly quadrupled during this time frame. 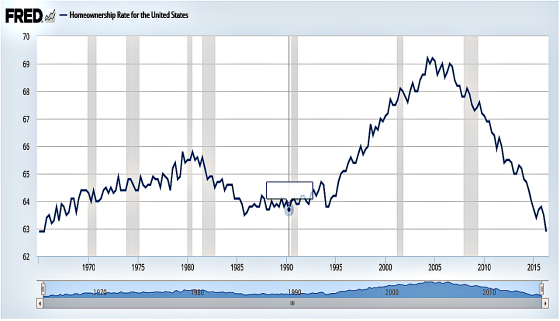 When we started aggressively buying and building apartments in late 2010 we did believe that there was a sea change in housing preferences that would be taking place in the United States and would be a long-term trend. There was some skepticism because of the homeowner culture that had been cultivated and, as a result, this trend was secular versus cyclical and would reverse course once credit loosened up. The problem was that credit would not be loosening up for a long time given how much damage had been done to the economy as a result of very poor underwriting standards and the much more restrictive regulatory environment that would emerge as a response to the terrible lending practices.

If history is any guide then the trend towards renting should continue to be a powerful one for a number of years. It has its own momentum and is supported by demographic, social, and economic factors I have discussed many times over the years.

I thought I would end the post with some other powerful trends that have been in place and should continue to be the case for many years to come.

Over the years there has been a big shift away from individual stock ownership to mutual funds and now ETFs as the next two charts show. 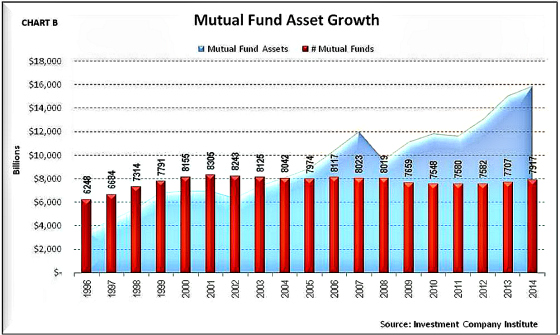 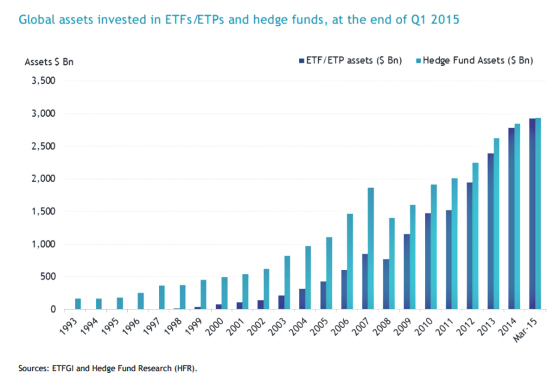 We all know that oil prices are quite volatile but the trend has been and should continue to be increasing global demand for energy which should support oil prices once demand begins to outstrip supply. 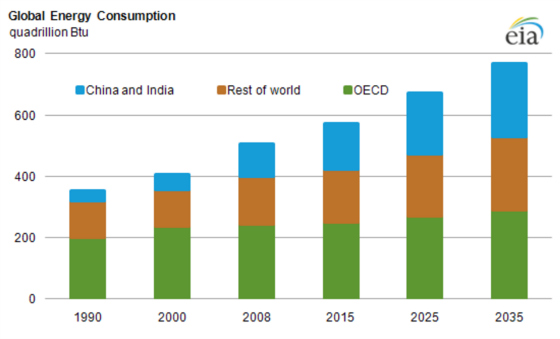 On the other hand, there is no question that solar power is growing exponentially and should continue to do so in the foreseeable future. Energy experts still don’t believe this is enough solar power generation to materially cut into the demand for hydrocarbons but the trend higher for solar is unmistakable, particularly as costs have dropped significantly and should continue to decline in the future. 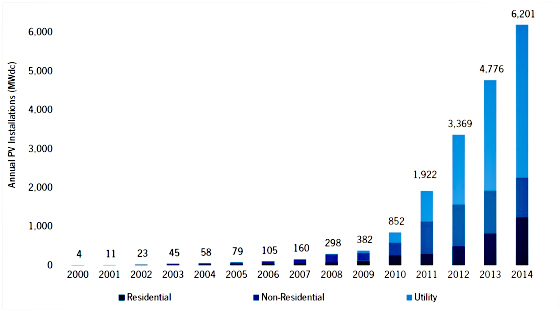 There has been a lot of angst regarding the drop in labor force participation in the United States but as this chart shows, it peaked in 1999 and has been dropping ever since. Given the demographics of the United States, it is projected to continue to drop which means that we can continue to have low unemployment rates despite many people being out of the workforce.

I can’t write about long-term trends without concluding this blog with one of the most important ones for those of us in the world of investing and one that is near and dear to my heart: interest rates. Here is the chart for the 10-year U.S. Treasury bond. After peaking in 1981 at over 15% it has been on a choppy but steady decline for 35 years now and the trend of lower highs and lower is still intact. And with much of the world’s sovereign bonds having negative interest rates as I discussed in my last blog post, it would appear that the bias for Treasury yields is lower.

To end with some good news, global poverty rates have dropped significantly over the past 25 years along with hunger in the developing world. Of course, there is more to be done in these areas but the trends are positive. 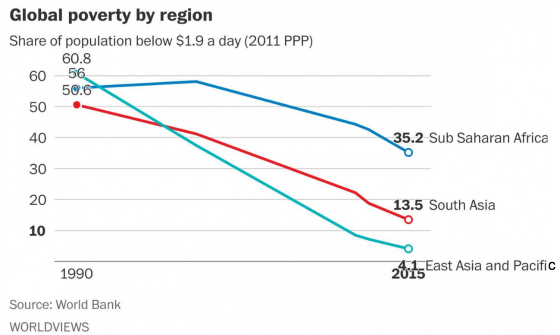 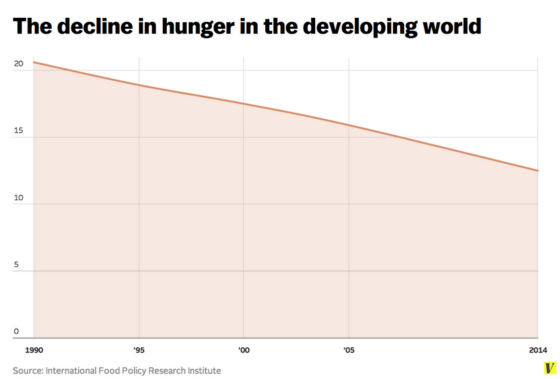 We are on the cusp of some powerful trends that are really just beginning when it comes to the cloud, artificial intelligence and machine learning, virtual reality, robotics, medical innovation, clean energy, electric cars, 3D printing, drones, and driverless cars just to name some of the most notable ones. Yes, there is a lot to be concerned about in this seemingly unstable, ideological, and terror-filled world, and yet there are many reasons to be hopeful that the quality of life for the world’s citizens should improve materially over time. And despite the craziness of the last 15 years or so (hasn’t the world always been crazy though?) per capita GDP has grown quite nicely in the world. Never lose sight of the Stockdale Paradox which says we must remain optimistic and realistic at the same time. 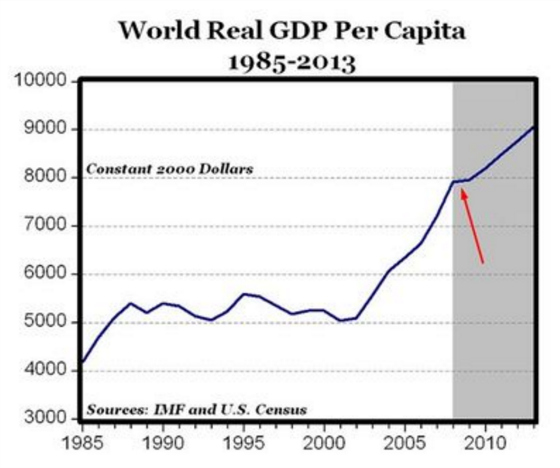 It’s clearly been advantageous to be an owner of rental housing as there has been a surge in the demand for rentals. Where will the new trends take us?