Lessons from King Lear with a Little Kurt Vonnegut Thrown In 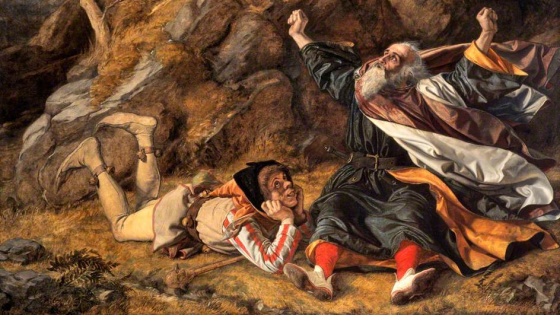 “I am a man more sinned against than sinning”

Last week’s events made me think about how important it is to understand people’s personality profiles if you are going to be relying on them. This could be your spouse, a family member, boss, business counterpart, co-workers, subordinates, elected officials, etc. If you can understand how they are wired, their reaction functions, the prisms through which they see the world and interpret stimuli, psychological triggers, blind spots, insecurities, and, in the case of people in power, their potential fatal flaws, then you can better predict and understand their behavior. And based on their pattern of behavior, there may be some people from whom it is best to keep your distance.

Just like it’s vitally important when driving to be able to anticipate what others are going to do in every circumstance in real-time while giving oneself the space to react if their actions put you at risk, it is similarly important to know the character traits and personality profiles of those we elect, marry, work for, work for us, and with whom we compete.

How do we better educate ourselves in this regard short of becoming psychologists? I think it requires having a curious mind that likes to study and analyze to be better able to detect patterns in people that can lead to us formulating hypotheses about their reaction functions. It also helps to learn about various personality profiles. Reading fiction, going to plays, and watching movies are great ways to learn about human nature. The ultimate teacher for me in this regard is William Shakespeare. If one wants to learn about human nature then I strongly suggest reading and studying Shakespeare.

And with what happened last week at the Capitol I will turn to King Lear, which was one of his great tragedies.

Here is a summary of the plot.

Lear, the aging king of Britain, decides to step down from the throne and divide his kingdom evenly among his three daughters. First, however, he puts his daughters through a test, asking each to tell him how much she loves him. Goneril and Regan, Lear’s older daughters, give their father flattering answers. But Cordelia, Lear’s youngest and favorite daughter, remains silent, saying that she has no words to describe how much she loves her father. Lear flies into a rage and disowns Cordelia. The king of France, who has courted Cordelia, says that he still wants to marry her even without her land, and she accompanies him to France without her father’s blessing.

Lear quickly learns that he made a bad decision. Goneril and Regan swiftly begin to undermine the little authority that Lear still holds. Unable to believe that his beloved daughters are betraying him, Lear slowly goes insane. He flees his daughters’ houses to wander on a heath during a great thunderstorm, accompanied by his Fool and by Kent, a loyal nobleman in disguise.

I had always thought there were some unfortunate similarities between Lear and someone I won’t mention by name. Shakespeare understood fatal flaws as well as any writer in history. A fatal flaw is a character trait (or traits) that is instrumental in the person’s rise to power but it also represents his Achilles Heel in that it becomes the source of his downfall and ruin. It often results from hubris, errors in judgment, or a lack of self-awareness. Oftentimes it’s some combination of character flaws that form a toxic brew that leads to self-destruction that often takes others down with him.

Shakespeare is probably the most studied and researched writer in history. From time to time I will read interpretations of his works, particularly when it comes to character analysis. I decided to see if there were any psychological profiles of King Lear given what happened last week at the Capitol. Sure enough, I found one particularly insightful one. It’s called Mental Illness in William Shakespeare’s King Lear. It was written by a professor at Ohio State and was interestingly dated less than a month after the 2016 presidential election. According to the author,

Through the entirety of the play, Lear himself battles Narcissistic Personality Disorder, Brief Psychotic Disorder with a Marked Stressor, and Intermittent Explosive Disorder.

This is a potent combination of mental illness that leads to terrible consequences. I will cite the author’s analysis of each and perhaps after reading about these you may determine that it sounds like someone you know. Let’s start with Narcissistic Personality Disorder first.

“The essential feature of Narcissistic Personality Disorder is a pervasive pattern of grandiosity, need for admiration, and lack of empathy…” (Goldman et al. 658). By the diagnostic criteria of NPD in the DSM-IV, Lear fits this description well. It goes on to say that if someone with NPD is criticized or are undermined “They may react with disdain, rage, or defiant counterattacks.” (Goldman et al. 659). By examining Lear’s reaction to Cordelia, it is reasonable to assume this was his counter attack to being humiliated.

I remember when watching the United States beat the Soviet Union in hockey during the 1980 Winter Olympics in Lake Placid. It was an extraordinary feat and the emotion and pandemonium were beyond description. Rather than talk over it, the announcer Al Michaels let the raw emotion speak for itself as his words would only interfere with the very personal experience each viewer would have taking it all in. I’m going to follow Al Michaels’ approach and refrain from commenting and let you draw your own parallels and conclusions.

Intermittent Explosive Disorder “…is failure to control impulsive aggressive behavior in response to subjectively experienced provocation….” (Disruptive 467). Throughout the play, when Lear’s ego is provoked, he backlashes with violent, almost instant, verbal. The outbursts of people who suffer from IED “…are generally impulsive and/or anger based, rather than premeditated…” (Disruptive 467). Lear clearly has impulsive episodes and cannot control his temper.

And, finally, here is Brief Psychotic Disorder with a Marked Stressor.

Brief Psychotic Disorder is described as “…a disturbance that involves the sudden onset of at least one of the following positive psychotic symptoms: delusions, hallucinations, disorganized speech or grossly disorganized or catatonic behavior” (Andreasen et al. 302). The reason it is titled “Brief” is because these episodes are at least one day long, but shorter than a month. There are also certain criteria, one of which is a marked stressor. A stressor is an event that is significantly stressful or could cause anxiety (Andreasen et al. 302). Lear’s breaking point happens shortly after his fall out with all his daughters and the loss of his kingdom. Those, in this case, are the marked stressors.

I don’t think it can be overemphasized how valuable reading Shakespeare can be in terms of learning about human nature, especially when it comes to powerful people who have fatal flaws that can do so much damage to themselves and, sadly, to so many others as well. For those people entrusted with money, jobs, national security, health, and wellbeing, as well as the hearts of others, the more we can learn about what makes these people tick and can set them off, the better we will be able to anticipate and protect ourselves from their fatal flaws and not get sucked into the vortex of their narcissism, hubris, insecurity, and weaknesses.

I can’t help but leave with the following very pertinent quotation from another of my favorite writers, Kurt Vonnegut, from whom, like Shakespeare, we can learn so much about mankind, especially his absurdities. 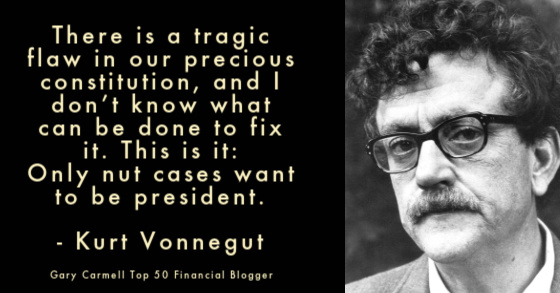