Fanatics, Emotions, and It's Impact on Your Decision-Making 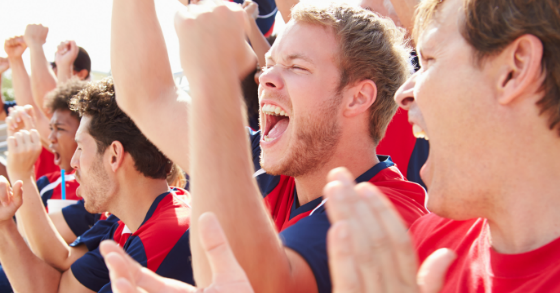 With the college football NCAA National Championship game taking place on January 9, 2017, I thought it would be apropos to write about a fascinating study about how emotions can negatively impact people’s lives when decisions are made. The paper is called Emotional Judges and Unlucky Juveniles. And what makes it so appropriate for this week is that it relates to football and college football in particular. And while it is not Alabama, it is another perennial power from the SEC…LSU.

The researchers wanted to test how emotions in one domain can influence decisions in a completely different domain. Researchers were interested in knowing how the outcome of LSU football games impacted sentencing decisions by judges who were alumni of LSU versus those who were not. Specifically, they wanted to know if the emotional shock of unexpected losses by LSU would impact what is supposed to be impartial, the sentencing of juveniles. The researchers naturally focused on cases in Louisiana and they were able to determine which judges graduated from LSU as undergraduates and from the law school and compare their sentences with those who did not graduate from there. They looked at all sentences handed down in the juvenile courts between 1996 and 2012. They were able to gather information about each defendant and categorize them by various demographic factors such as race, gender, age, etc. Here are the fascinating findings of the researchers:

From the research, it would appear that the judges were upset after an unexpected loss and took out their anger and frustration on a particular group of people. This is pretty scary stuff in that people’s lives can be impacted by the emotional upset of a football game. Of course, this could also be the case when it comes to the impact of financial distress, tension with one’s spouse, problems with kids, career concerns, health issues, etc. Here are some of the key findings:

Our results provide important insights. First, we find that upset losses (i.e., losses by LSU football team when they were expected to win) increase the disposition length imposed by judges on juvenile defendants. In contrast, upset wins (i.e., games won by LSU when they were expected to lose) have no significant impact on the disposition length set by judges. Similarly, close losses (games lost by LSU when the outcome was uncertain ex-ante) have no impact. A number of robustness analyses confirm our results. A placebo test based on unexpected game results of other prominent college football teams shows that non-LSU games have no impact on judge behavior. Similarly, judicial decisions in a given week are not impacted by LSU games played the following week. Further examination of the data suggests that these results are unlikely to be driven by emotional reactions of prosecutors or defense attorneys, by defendant socio-economic background, or by potential courtroom misconduct of juveniles that could have prompted judges’ agitation. Most importantly, we find that the results are driven entirely by those judges who have received their bachelor’s degrees from LSU.

This is why the authors of the study believe their findings are important and have real-world relevance:

The results are important for a number of reasons. First, they provide evidence for the impact of emotions on decisions in an environment where the decision-makers are uniformly highly educated, and when the decisions in question should have been bound by institutional restrictions and ethics. Specifically, application of the relevant legal principles to the facts of the case is expected to eliminate arbitrary and capricious decisions by judges. Yet, we find that the severity of sentences handed down by judges are impacted by the results of a football game for those judges who are more likely to be emotionally attached to the team. This finding underscores the importance of emotions in decision making even in a high-stake environment.

This is where it gets quite disturbing:

Although harsher punishment handed down by judges is not deliberate (because it is triggered by an emotional shock), we find some evidence that black defendants bear much of the burden of judges’ wrath due to this emotional shock, which hints at a negative predisposition towards black defendants. This result, coupled with the fact that there are no race related differences in the disposition length in the absence of judges’ emotional stress, is suggestive of the existence of a subtle, and previously-unnoticed, bias in sentencing.

Like judges, investors are fallible human beings too and should be susceptible to the same emotional forces. The difference is that the judges are using their power against a weaker group of people, albeit subconsciously. It is almost as if they are compensating for the powerlessness they feel by having no control over LSU losing and the resulting frustration and using their power over juvenile black males. I would think in most cases investors would not want to hurt themselves or other people whose money they are managing by sabotaging their returns but emotional upsets can perhaps make them want to feel more in control and lead to poor decision making and rash judgments and actions.

This is another reason I like investing in real estate. There are more checks and balances against our emotions. The transaction takes time to consummate, it requires due diligence, legal work, arranging financing, oftentimes presenting to investors, and it’s a real business with cash flows that are under your control. Enough people are involved and time required to complete a transaction such that the odds of making a rash, emotional investment decision are lessened. This does not mean that investment outcomes will always match one’s expectations, but the odds are higher if one focuses on buying well located, quality real estate at a fair price in growing areas.

I was admittedly frustrated and not very happy when UCLA’s basketball team recently lost to Oregon thereby ending their undefeated record. Fortunately, I had no way to transfer these emotions to the realm of real estate investing. It just can’t happen like it can in the stock market. Too much time has to go by and the emotions will be defused by then. And more importantly, the fate of people are not in my hands like they are for Louisiana judges.

So if your team loses on Monday, don’t take the loss too hard and carry it over to other, more important and impactful parts of your life.

Investors are fallible human beings and emotions impacts their ability to rationally make decisions. How have emotions influenced your ability to make an important decision in a different domain?