What's Going On? America in Crisis, in the Lyrics 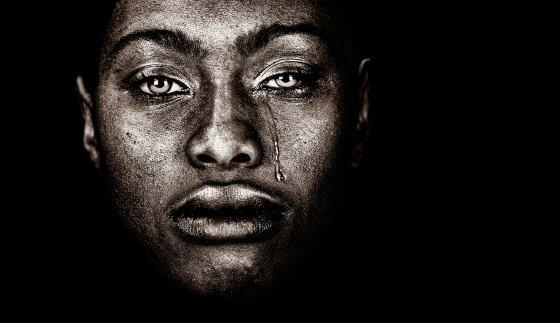 I was intending to write about the tremendous drop in interest rates around the world in the wake of Brexit, the dramatically improved jobs report, or the $20+ billion that is now frozen in UK property funds. And then the shocking execution of five Dallas police officers shortly after the death of two seemingly non-threatening African Americans in Louisiana and Minnesota took place. Like millions of others, I was horrified, shocked, and deeply saddened by what had happened. I felt like I had to say something about these events. Actually, I felt the need to turn to others to say something about these events. [Published July 11, 2016]

Steve Jobs said that when he wanted to gain powerful insights he would often turn to Bob Dylan and The Beatles for inspiration. In a similar vein, I often turn to great lyrics as well but tend to expand my horizon beyond those two great artists. I thought I would share someones that came to mind for me after reflecting upon these horrific events.

The first comes from U2 and echoes how I felt when I heard the news about what happened in Minnesota, Louisiana, and Dallas.

I can’t believe the news today

Oh, I can’t close my eyes

And make it go away

How long must we sing this song

How long, how long…

And the battle’s just begun

There’s many lost, but tell me who has won

The trench is dug within our hearts

The events that took place in Dallas made me think of what The Buffalo Springfield sang about in For What It’s Worth. Although the circumstances were different with regard to what the people were protesting on the Sunset Strip in Hollywood in 1966, the feeling conveyed in the song is eerily similar to what has been happening recently.

What it is ain’t exactly clear

There’s a man with a gun over there

Telling me I got to beware

I think it’s time we stop, children, what’s that sound

Getting so much resistance from behind

What a field-day for the heat

A thousand people in the street

Mostly say, hooray for our side

Into your life it will creep

It starts when you’re always afraid

You step out of line, the man comes and takes you away

One of the most powerful anti-war songs was Marvin Gaye’s What’s Going On. Its power lies in the questions it poses versus a direct, stinging indictment. This song is universal in its appeal and timeless with regard to its message.

There’s too many of you crying

There’s far too many of you dying

You know we’ve got to find a way

We don’t need to escalate

You see, war is not the answer

For only love can conquer hate

You know we’ve got to find a way

Don’t punish me with brutality

Talk to me, so you can see

Although this next set of lyrics for New Speedway Boogie written by Robert Hunter for The Grateful Dead may be very tangentially related to what took place in Dallas, the inspiration for the song was the disastrous and deadly events that took place at the free concert in Altamont, California in December 1969.

What I like about Hunter’s lyrics is that during tumultuous events there is a tendency to jump to conclusions without all of the facts being known. The first line of the song represents an extraordinary piece of advice and one I try to follow. The Buddha said we should all endeavor to practice wise speech which entails not speaking unless one has something to say that is true, useful, and timely.

We would be of much greater service to others if we restricted what we said to that which meets all three criteria. Hunter also believed and is proven over and over, that during tumultuous events there is a tendency to jump to conclusions without all of the facts being known and that these events often can’t be fully understood or appreciated without the passage of some time which he articulates towards the end of the song.

If you’ve got nothing new to say

If you please, don’t back up the track

This train’s got to run today

I spent a little time on the mountain

I spent a little time on the hill

Things went down we don’t understand

But I think in time we will

Now, I don’t know but I was told

In the heat of the sun a man died of cold 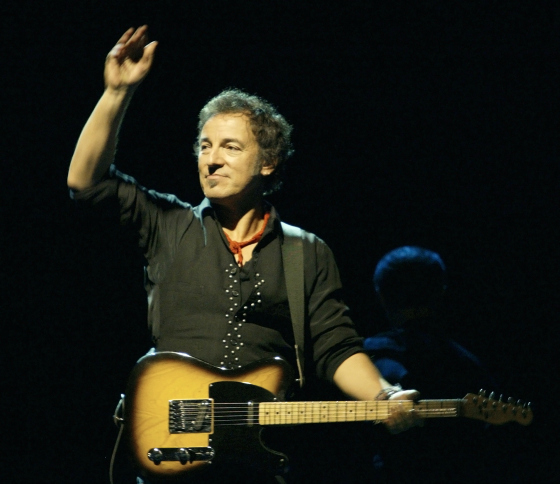 In American Skin by Bruce Springsteen he powerfully captures how dangerous it can be for someone of color to be on the streets and what to do when in the presence of the police and the precautions that must be taken. These lyrics are particularly relevant given the events in Minnesota and Louisiana.

41 shots, Lena gets her son ready for school

She says, “On these streets, Charles

You’ve got to understand the rules

If an officer stops you, promise me you’ll always be polite

And that you’ll never ever run away

No secret my friend

You can get killed just for living in your American skin

To honor the spirit of Steve Jobs I thought I would turn to The Beatles and Bob Dylan for my last two musical references to try to shed some light and make sense of what is seemingly so senseless.

From The Beatles, we have Revolution, the stinging indictment of Charles Manson. As it’s been said over time, “the road to hell is paved with good intentions.” Mass movements with good intentions can be hijacked by power-hungry madmen. John Lennon is the perfect voice of strength and reason to counter Manson’s madness draped in charisma and alluring messages.

You say you want a revolution

We all want to change the world

You tell me that it’s evolution

We all want to change the world

But when you talk about destruction

Don’t you know that you can count me out

You say you got a real solution

We’d all love to see the plan

You ask me for a contribution

We’re doing what we can

But when you want money

For people with minds that hate

All I can tell is brother you have to wait

You say you’ll change the constitution

We all want to change your head

You tell me it’s the institution

You better free you mind instead

But if you go carrying pictures of chairman Mao

You ain’t going to make it with anyone anyhow

Finally, there is the classic anti-war, civil rights song of all time, Blowin in the Wind by Bob Dylan. The lyrics speak for themselves and they are truly timeless.

How many roads must a man walk down

Before you call him a man?

How many seas must a white dove sail

Before she sleeps in the sand?

Yes, and how many times must the cannonballs fly

Yes, and how many years can a mountain exist

Before it’s washed to the sea?

Yes, and how many years can some people exist

Before they’re allowed to be free?

Yes, and how many times can a man turn his head

And pretend that he just doesn’t see?

Yes, and how many times must a man look up

Before he can see the sky?

Yes, and how many ears must one man have

Before he can hear people cry?

Yes, and how many deaths will it take ’till he knows

That too many people have died?

I will leave with one last reference from New Speedway Boogie that I didn’t cite earlier but is a fitting way to end this piece. It is sung over and over and the line is:

One way or another, this darkness got to give

America is in crisis! Where do you turn to make sense out of the situation gripping America? Do you have a favorite song or musician that you turn to?

5 comments on “What's Going On? America in Crisis, in the Lyrics”