When is a Step Really a Step? 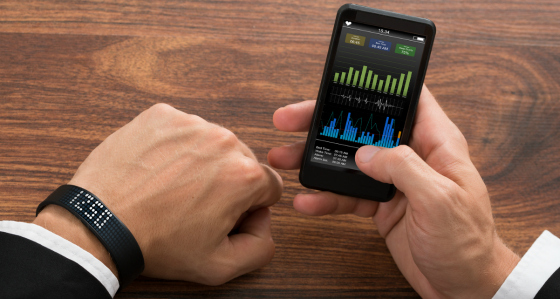 The question is sort of in the same genre of “if a tree falls in the forest and no one is there to hear it is it sound?” I’m not going to wrestle with that one publicly. But what I do wonder about now that I have a pedometer and forget to wear it, is whether steps that are not counted by my Fitbit pedometer really count as steps? At the end of the day only the steps that it registers get uploaded wirelessly to my account for me to be able to track. And weeks, months, and years later I will never remember what days I didn’t wear it (unless it’s for an entire day then I will know).

When is a Step a Step

I’m talking about after I take it off to charge overnight and I go upstairs and meander around and none of those are being counted. Or I forget something downstairs and have to go back down (and then back up) and none of those are being counted either. It is really insane. Now the logical person may report that all that matters is your body is getting the requisite exercise and it’s about enjoying the journey and not being so focused on the destination. I get that I really do…intellectually. Yet I wonder if my obsession regarding it is nullifying the effects of the unaccounted for steps in such a way that my body is actually being harmed by them not being counted.

I can’t be alone out there in terms of wrestling with this. I love to measure things and it bugs me when I don’t get credit for something I have done. I know it’s my fault for not wearing the pedometer (which fortunately is a fairly rare occurrence) but those recharging steps do add up. If they occur twice a week and I walk one hundred steps on average each time, then that is over 10,000 steps in a year or approximately five miles. It adds up.

How do you feel when you forget your fitness tracker? Is it worse if you know you’ve done a great deal of walking? Does a step not tracked still count?