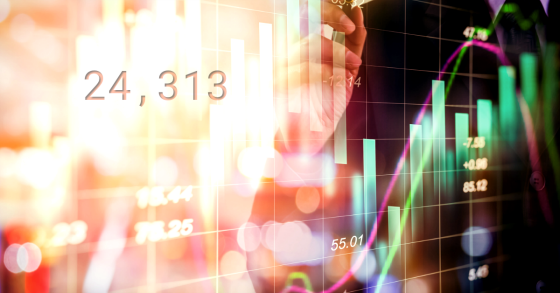 I am always interested in investments that perform very well for long periods of time. I periodically look back on stocks that were the best performing over ten year periods to see if there are any common characteristics of stock history that can help me make better investment decisions in the future. Google went public 10 years ago. To mark this milestone one of the blog writers for the Wall Street Journal wanted to see how well Google performed during this time. Not surprisingly, Google’s performance was outstanding. Using data from S&P, Google generated a compounded annual return of 30.15%. A $10,000 investment would be worth approximately $139,000 today. Only 10 other companies performed better. The following table shows the 10 and some key metrics I put together from S&P Capital IQ Stock Reports to see if I could discern any noticeable trends.

So what can one conclude from this table? It’s not rocket science but all of these companies have produced very strong revenue growth. Western Digital has the lowest compounded growth of 15.5% with Alexion leading the pack at 78.9% per year. When this is combined with expanding operating margins then this results in explosive earnings growth assuming overhead growth is managed. The two head-scratchers are Netflix and Salesforce.com, two investor darlings. Netflix’s margins have dropped significantly during this ten year period. Revenue growth has still led to a strong growth in earnings during this time of 461%, but did this justify a 2,840% run-up in the stock? Obviously, investors are looking through the average operating margins to its position as the premier movie rental service with huge global potential.

Salesforce.com is also perplexing. It’s barely turned a profit during the 10 years and its operating margins are negative. Yet, its stock is up 1,687%. I’m not surprised to see two pharmaceutical companies on there since they have a biotechnology focus. We know that this is a high risk/high reward business so when they do hit the growth can be explosive and the market position extraordinarily valuable. Intuitive Surgical is the third health care company represented. Once again, given the extraordinary growth of the healthcare space due to the aging population and the Affordable Care Act, it’s not surprising to have this area well represented.

Consumer technology firms are well represented also with Apple, Priceline, and Western Digital. Apple and Western Digital produce physical products (although Apple does have iTunes) while Priceline’s focus is travel services online. Apple and Priceline, in particular, showed extraordinary growth in margins, not to mention sales for Apple. Priceline was the winner for margin expansion, not including Alexion which had negative margins 10 years ago.

The big winners were two beverage companies that capitalized on two big trends: coffee and supercharged drinks. Green Mountain and Monster showed outstanding growth in revenues and margins, resulting in share price appreciation of 55% and 52% per year. Now those are monster returns!

Interestingly, Coca-Cola has recently made major investments in both Green Mountain and Monster. Coke just recently announced on August 14 that it had taken a 17% stake in Monster via an asset swap. And in February Coke announced a strategic relationship with Green Mountain. According to this article

“The firms will collaborate over the next 10 years to produce Coca-Cola products in single-serving plastic pods, also known as K-Cups, for use with Green Mountain’s forthcoming Keurig Cold at-home beverage system. As part of the deal, Coca-Cola is paying $1.25 billion for a 10% stake in Green Mountain, and will help market the new product. “

The reason why I’m showing the stock history of these investments by Coca-Cola is that Coke is one of Berkshire Hathaway’s largest investments. Warren Buffett has always loved Coke’s high margins and relatively little need for capital so it can offer growth while also being able to return capital to shareholders via dividends and share repurchases without hurting its competitive positioning. Presumably, Coke’s management team values the same in other companies that it chooses to invest in.

In summary, all of these companies have experienced explosive growth because they deliver goods and services that individuals and businesses value highly. And, with the exception of Netflix and Salesforce.com, they have been able to manage that growth very effectively such that profit margins have expanded over the years. Growing demand in combination with expanding margins and an effective use of capital so that it is invested wisely or returned to the shareholders is the perfect recipe for monster returns.

Interesting, when this blog was originally written in 2014 the current monster returns were impressive. Compare those returns to yesterday’s DOW topping 24,313 [November 30, 2017]? Puts things in perspective, doesn’t it?