From Procrastination to Perfectionism - The Art of Play 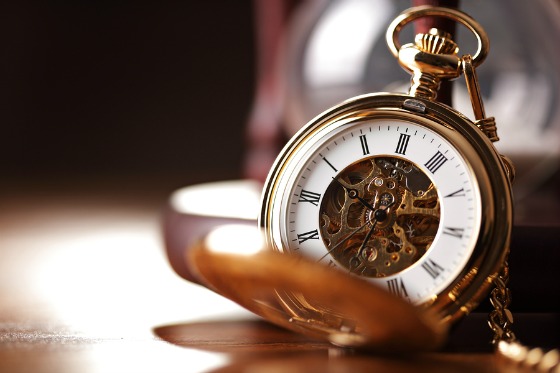 This week’s blog post continues with the second half of the summary of Free Play: Improvisation in Life and Art by Stephen Nachmanovich. Every creative person is constantly faced with obstacles that get in the way of their productivity. And these can be brutal. The most lethal ones according to the author are addiction, procrastination, and perfectionism. And when they take hold they interrupt our natural flow and confusion and self-doubt are left in their wake.

In practice, we are driven to dig more deeply to find out more and more while in addiction we are focused on avoiding, whether it be finding out something or facing something unpleasant. “Practice becomes more expansive while addiction becomes more inward, more sameness, more dullness.”

We know we’re contending with addicting habits when we can never be satisfied and reward and work are inverted. In other words, the more work, the less reward. This is the opposite of practice where rewards grow with the greater effort invested.

In practice there is an “[e]ver-fresh challenging flow of work and play in which we continually test and demolish our own delusions; therefore it’s sometimes painful.” It is a huge challenge to let go of our security blanket of delusions despite their negative effect on us. They are uniquely ours, things we can turn to distract ourselves from having to contend with or pay attention to the important realities we are not facing. They’re reliable and always there for us. And yet they have the same benefits to us as an abusive spouse. Ultimately, to no longer bury those feelings in the shadows of our psyche, we have to release them (hopefully in healthy ways) and this can only be done by dealing with them directly and compassionately.

Procrastination is obviously a tool of distraction as well and it can be summed by the feeling that the less we do, the safer we perceive life to be. We get into what the author calls the “Don’t Loop,” which is very difficult to escape from. When stuck in a cycle of procrastination we feel compressed or blocked and we are constantly looking for the way out. By always keeping one eye on the exits, we can never stay in the flow of an activity or stick with it. So what is someone to do when faced with bouts of procrastination? According to Nachmanovich, the “[o]nly way out is to go right into the source of pain and find out what piece of information is dying to express itself…as [u]nderneath procrastination and fidgeting lies self-doubt.” Peter Gabriel has a line from the song Digging in the Dirt that says,

Something in me, dark and sticky

All the time it’s getting strong

No way of dealing with this feeling

Ultimately Gabriel says, like the author, that we have no option but to dig in the dirt and find out all the places we got hurt. There is no escaping the call of the psyche because if we don’t listen or pick up the phone then addiction, procrastination, and perfectionism can take hold and stifle all of our creative impulses and enslave us to an unhealthy craving, clinging, and grasping.

Perfectionism – Forces You to Confront Your Judging Self

The third block is perfectionism, which can actually be the most powerful one according to the author. It often entails deviating from our true selves by comparing ourselves to others or at its extreme results in idealizing others through deep envy. Charlie Munger says that envy is the worst of the seven sins because you don’t get anything from it, unlike gluttony for example, where at least you can consume food or material items. Our worshipping of others can include a parent, lover, teacher, past master, hero, etc. As Nachmanovich says, “It’s great to sit on the shoulders of giants, but don’t let the giants sit on your shoulders.” Perfectionism forces us to confront our judging self and since we can never meet its unrealistically high expectations, we shrink into procrastination that can often manifest itself through fantasies of omnipotence, extraordinary success as well as victim or bad luck fantasies. We are escaping reality by detouring our minds into delusions of grandeur or feeling like we’re a victim and that’s why we are not able to get things done since others are getting in our way.

Fear is obviously another contributor to not only perfectionism but the other blocks as well. The most powerful ones are:

Excessive reliance on rationality and reason can actually amplify our fears or give them fertile soil in which to grow. When rationality and reason are in full force it uses fear as a weapon to counteract the powerful forces of love, imagination, and humor. We can end up finding ourselves in a tug of war between “will power” and “won’t power”. While the natural belief is to hunker down and become hyper-disciplined to have willpower prevail, this is much easier said than done. It is at this point that discipline must not be forced and is ideally accessed “by sitting still and penetrating the emptiness within, making it a friend rather than an adversary or bogeyman…Eventually, the only way out is to jump right in after meeting frustration at every point. I’m alive and that’s all I need validated now. Out of this jump, something new is born. Then the next day the simple solution comes while walking down the street.” Be still and acknowledge the ugly feelings within. Don’t judge them, get to know them, be patient, and they will pass and new insights and openings are free to emerge.

This requires patience which ultimately requires faith and a long-term perspective. As a real estate investor, this is one of my favorite quotations in the book:

Imagine what Rome would look like if it were built in a day! We have to have faith that time is our friend and that “we will sell no wine before its time” and from this faith and patience great creations can arise.

Most of us have experienced those jolts of insight that come out of the blue when we’re not even thinking about the problem or issue we’re struggling with. William James is one of the founders of psychology and he said that we learn to swim in the winter and skate in summer. Those parts which have been exercised and trained in the past but now lay fallow are ripe for learning and breakthroughs. It is then that Nachmanovich says “the creative surprise flares up, it can be seen clearly and distinctly, and most importantly, it can be acted upon.” Thus, it is critical that we let things well up within the psyche without our conscious interference. It is a form of action through non-action.

Let things happen in the psyche without having our consciousness interfere. The author cites Chuang-Tzu who said,

'To a mind that is still, the whole universe surrenders.'Click To Tweet

I will leave you with these powerful observations from Nachmanovich about the power of creating. He says the following:

“Something constructed is only loved after it is constructed; but a thing created is loved before it exists. We cannot see our unborn creation, we cannot know it; but we know it is there and we love it; and that love drives us to realize it…When art is alive it sympathetically resonates with the heart and when knowledge is alive it sympathetically resonates with the deep structure of the world.”

Of the three creativity busters, I’ve discussed – addiction, procrastination, and perfectionism which do you feel is the worst?