Lessons for Parents from San Bernardino 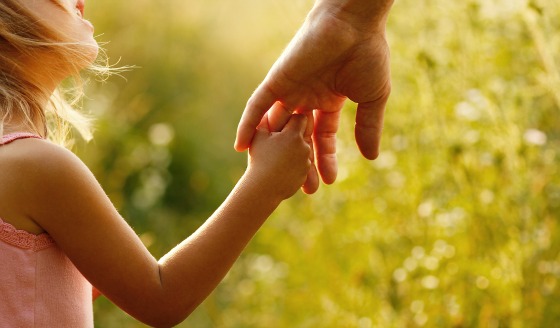 The horrific shootings in San Bernardino seemed to confirm the inevitable that fundamentalist Islamic terror would eventually hit the United States in a less spectacular fashion than 9/11. This was carried out by essentially a home-grown individual who seemed to integrate well in the work environment that he left in a wake of carnage. When events like these take place I like to try to get to what is going on in the psyche of the individual and the larger society. In the past, I have used the writings of Eric Hoffer to discuss the characteristics of a true believer. I think Joseph Campbell, the brilliant scholar, and expert in terms of mythology and comparative religion, has a lot to offer in this regard.

Carl Jung was the first to hypothesize that all human beings have two energies within their psyche. The first is unique to them based on how they were raised, their biology, and the important events in their lives. The second is what is known as the collective unconscious which shows up as archetypal characters that are present in all societies throughout all ages. This is what myths represent. They also show up in our dreams as well. According to Campbell, a functioning mythological symbol is an “energy-evoking and directing-sign.” Their energy is directed to the nervous system, but often times can be interfered with by the educated brain which might misinterpret and short circuit the messages. When this occurs the signs no longer function as they should. The quotes that follow are from Myths to Live By.

Some people may be raised in somewhat isolated environments such that they don’t respond to the signals in the general environment and come to despise their culture and society. The important result of this as it may apply to people committing terror and willing to die for the cause is that:

“Such a person will never quite feel at home in the larger social field, but always uneasy and even slightly paranoid. Nothing touches him as it should, means to him what it should, or moves him as it moves others. He is compelled to retreat for his satisfactions back to the restricted and accordingly restricting context of the sect, family, commune, or reservation to which he was attuned. He is disoriented, even dangerous, in the larger field.”

The first two sentences can actually be positive attributes for investors as they can foster independent thinking. It’s the second half of the quote that is problematic in that it can lead to deep isolation and dangerous behaviors. Campbell believed that it was incumbent upon parents to raise their kids in a very intentional way to lessen the chances of having maladjusted people populating society.

“More normally, rational parents will wish to have produced socially as well as physically healthy offspring, well enough attuned to the system of sentiments of the culture into which they are growing to be able to appraise its values rationally and align themselves constructively with its progressive, decent, life-fostering, and fructifying elements.

And so we have this critical problem, as I say, this critical problem of human beings seeing to it that the mythology – the constellation of sign signals, affect images, energy-releasing and directing-signs-that we are communicating to our young will deliver directive messages qualified to relate them richly and vitally to the environment that is to be theirs for life, and not to some period of man already passed, some piously desiderated future, or-what is worst of all- some querulous, freakish sect or momentary fad. And I call this problem critical because, when it is badly resolved, the result for the miseducated individual is what is known, in mythological terms, as a Waste Land situation. The world does not talk to him; he does not talk to the world. When that is the case, there is a cut-off, the individual is thrown back on himself, and he is in prime shape for that psychotic break-away that will turn him into either an essential psychitzophrenic in a padded cell, or a paranoid screaming slogans at large, in a bughouse without walls.”

It is not a leap of faith to assert that this type of individual is much more apt to carry out an act of terror like what happened in San Bernardino, Paris, Beirut, etc. then someone much more integrated into society and its values and traditions.

Campbell believed there are four purposes for myths.

I thought the fourth one was so powerful that I quoted it verbatim. Myths are not intended for adults because by the time we’re adults we’re essentially fully formed, warts and all. It’s meant to guide children to

“foster an unready psyche to maturity, preparing it to face the world. The proper question to ask, therefore, is whether it is training up a character fit to live in this world as it is, or only in some Heaven or imagined social field. The next function, accordingly, must be to help the ready youth step out and away, to leave the myth, this second womb, and to become, as they say in the Orient, “twice born,” a competent adult functioning rationally in his present world, who has left his childhood season behind.”

And when this is not successfully accomplished one has an adult that is not prepared to deal with the challenges of life and particularly his inner life which we all know can be turbulent and difficult to navigate. The difference between the successful adult is that he knows how to swim in these turbulent waters while the unsuccessful one drowns. The drowning individuals start to experience a powerful internal split that can lead to catastrophic behaviors like we just witnessed in San Bernardino. According to Campbell,

“The first experience is of a sense of splitting. He sees the world going in two: one part of it moving away; himself in the other part….One is the role of the clown, ghost, witch, the queer one, the outsider. That is the outer role that he plays, making little of himself as the fool, a joke, the one kicked around, the patsy. Inside, however, he is the savior, and he knows it. He is the hero chosen for a destiny.”

There is so much more that I could cite from Campbell. He is truly one of my intellectual heroes. I think he captured so brilliantly the vitally important role we have as parents and citizens to do all we can to make sure we are raising healthy kids. This is not only the responsibility of parents, but our educational system, and society at large.

Unfortunately the Middle East and to some extent Europe is populated by innumerable radicalized individuals that have not fully matured or integrated with society. They are the patsy to their peers and families but deep down they know they have a heroic calling to link a glorious past to a heavenly future by sacrificing the present. I’m afraid we have not seen the last of what we witnessed in San Bernardino.

We live in challenging times yet for those of us who are parents it’s our responsibility to make a difference in the lives of our children to benefit future generations. What lessons have the recent world events taught you and how are you acting on them?