Power to the People? The Role of Insecure Growth 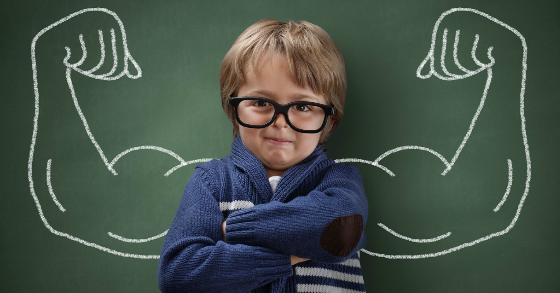 One of the driving forces in the economy and society that has made us bullish on apartments is what I like to call “Insecure Growth.” It’s a situation in which the economy continues to grow, albeit slowly, jobs are materializing, and households continue to be formed and yet there is an underlying insecurity and anxiety about job security and how long one might be in a particular location. This set of circumstances should result in renting being in high demand as it offers the flexibility for people to adjust to changing life events.

Much of this goes back to the election of Ronald Reagan and the significant economic and social changes that were unleashed. When communicating the importance of Reagan and his policies to helping explain how we got to where we are today, I usually begin with him. After reading an important article called Global Trumpism I now realize that it’s important to go back to the end of World War II and the decisions made to integrate the western economies to best protect itself against the Soviet bloc that was forming and to rebuild Western Europe.

In the aftermath of the Second World War, mass unemployment was the major global challenge. The United States ended the war relatively unscathed while Europe and Japan were in ruins. The West allowed the Soviet Union to have its sphere of influence in Eastern Europe while the United States took charge of rebuilding Western Europe and Japan. The Marshall Plan and Bretton Woods monetary system were the two most important initiatives put in place to put people back to work, rebuild the battered countries, and stop the spread of communism or at least the allure of it.

The article references Dalton’s Problem. The way the author applies it to the economic context is that when enough resources are allocated to a problem, that problem may get solved, but it exacerbates another one. As I mentioned, mass unemployment was the major global challenge after World War II. The Marshall Plan and Bretton Woods system were designed to take advantage of the United States’ economic might and have it be the source of capital for the rebuilding of Western Europe and Japan and be the economic engine of the world by making the dollar the global currency and to have the United States be willing to run current account deficits by importing more than it would be exporting once the battered countries got back on their feet.

This plan worked very well as unemployment was brought down but it came at the cost of high inflation and pressure on the dollar. Nixon finally shut the gold window in 1971 and 10 years later Paul Volcker brought interest rates to north of 20%. Nixon released the pressure valve on the dollar and Volker did it for inflation. Corporate profitability, creditors, and the investor class had been harmed too much and wage earners had been prospering. The system was designed to create full employment with tremendous job security amplified by strong labor laws and unions.

The die was cast and the pendulum started to swing back away from labor and to companies and the financial class. The target was now inflation which meant that unemployment, or said differently, labor’s bargaining power, had to be sacrificed. Global production needed to now be viable so labor could be more easily substituted for other workers around the world or for technological investment. Production would now gravitate to the lowest cost locales adjusted for productivity. Pro-union regulations and laws had to be dismantled. The goal was to shift power back to the creditor/investor class by making real interest rates positive, inflation subdued, and corporate profitability enhanced. Unemployment may technically be low but in actuality, it would be under pressure by declining labor force participation, part-time work, the need for two jobs, insecurity in terms of seeking higher wages, etc.  The following chart shows how labor compensation as a percentage of GDP has been on a general downtrend since 1980 with a couple of exceptions when it spiked in the 1960s and the late 1990s. We are now at the point in which labor compensation is near its lowest level in the post-war era, albeit on a slow uptrend now.

With the investor class rising, the U.S. economy became more financialized and the number of investment options exploded and the cost of transacting and owning shares in mutual funds and ETFs plummeted. Tax laws favored capital gains, dividend income, and carried interest for investment sponsors. The same was true for accessing mortgage credit as well to purchase and refinance homes as these became much more available and cost less to originate. These all combined to not only make it much easier for the common man to enter the investor class, albeit in a small way, but necessary as well as companies would come to discard defined benefit plans and put the burden on workers for their retirement via 401(k)s. This also subjected the common man to falling into the psychological traps that all investors are subject to fear and greed. Unfortunately, they are less able to handle financial setbacks and this would come to create further economic and psychological challenges exacerbating insecurity as they would inevitably and periodically get sucked in at the top and come out economically and psychologically damaged.

Households levered up to replace lost real wages with investment returns. The shareholder class took hold and corporations were pressured to put shareholders at the head of the class as their primary constituent. This necessitated a ruthless focus on efficiency, returns on capital, financial engineering to reward shareholders. Labor was sacrificed but supposedly indirectly benefitted through pension and 401(k) returns. Oh, let’s not forget that many companies moved away from pension plans in which they took on the responsibility and liability for retirement and health care security for their workers to achieving employees do this through 401(k)s. It hasn’t worked out so well for either the companies and government agencies here with untenable liabilities and self-directed investors being underfunded as well.

The point of all of this is to help explain the populist appeal of Donald Trump that has sought to fight back against unrestrained globalization, “unfair” trade, ceding control to international institutions, profits at the expense of workers, protecting illegal immigrants at the expense of the safety and economic security of U.S. citizens, creating more fairness in the tax code and less of a tax burden, and the need to invest at home more than abroad. There is a deep feeling of unease and fear that people can no longer count on what they had come to believe in. There is a deep sense of economic insecurity and a shifting of the sands into dangerous political correctness and no one willing to speak a truth that needs to be spoken. Yes, the times they are a changin but it may not be for the better as millions feel left behind and on an unsatisfying and pressure-filled treadmill.

The backlash is also global in nature as it is pushing back against the European Union in the United Kingdom, the anger of the Italian electorate that will most likely result in rejecting the Prime Minister’s reform proposals, the right wing ascendency in France, a backlash against Merkel in Germany and her perceived open border policy, just to name some of the most notable ones. The people have been trying to rise but they have not had the resources to effect change politically, until now. We shall see if this is a tectonic shift or a cyclical, emotional release. Nevertheless, there is no denying that populism is on the rise globally and we shall see what economic and societal impacts it will have.

When I am struggling with understanding something of great import, I often turn to poets and music to help me gain some more clarity. I will sign off by tapping into the Grateful Dead, Buffalo Springfield, and Yeats to try to make some sense of where we are heading.

To quote from the Grateful Dead’s Crazy Fingers:

Who can stop what must arrive now? Something new is waiting to be born

Dark as the night you’re still by my side shine inside .

Gone are the days we stopped to decide where we should go, we just ride.

Gone are the broken eyes we saw through in dreams gone, both dream and lie.

Life may be sweeter for this, I don’t know,

I really don’t know what will happen but I am hoping for the best. It’s too early to ascertain what this may mean for renting and interest rates so I will have to address those at a later time. For now, the key for me is to start seeing the world through a different set of eyes. Our broken eyes must heal so we can see the world from a different perspective. In the words of Buffalo Springfield:

And what it is ain’t exactly clear.

Something is happening and it will be hard to put the genie back in the bottle. The pie has been too unequally divided and that can only go on until the center can no longer hold as Yeats has famously said in The Second Coming which I will leave you with as I think it sums up the situation quite accurately and brilliantly. After all, that is the role of great poets. To shine a light on truths that we can’t always see or are unwilling to look at honestly. This was written in 1919 after the carnage of World War I.

Turning and turning in the widening gyre

The falcon cannot hear the falconer;

Mere anarchy is loosed upon the world,

The blood-dimmed tide is loosed, and everywhere

The ceremony of innocence is drowned;

The best lack all conviction, while the worst

Are full of passionate intensity.

Surely some revelation is at hand;

Surely the Second Coming is at hand.

The Second Coming! Hardly are those words out

When a vast image out of Spiritus Mundi

Troubles my sight: a waste of desert sand;

A shape with lion body and the head of a man,

A gaze blank and pitiless as the sun,

Is moving its slow thighs, while all about it

The darkness drops again but now I know

That twenty centuries of stony sleep

Were vexed to nightmare by a rocking cradle,

And what rough beast, its hour come round at last,

Slouches towards Bethlehem to be born?

We are living in insecure times and yet the economy continues to grow despite anxiety and fear over potential job loss. Will the growth continue? Will history repeat itself?

One comment on “Power to the People? The Role of Insecure Growth”