The Benefits of Being Swindled - Ulysses S. Grant and Leonard Cohen 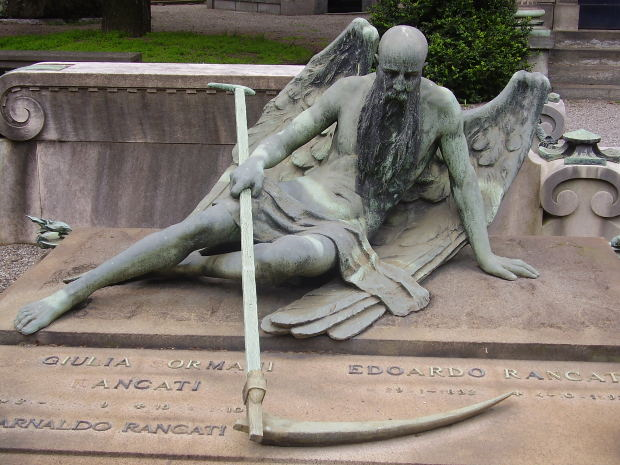 “In every battle there comes a time when both sides consider themselves beaten, then he who continues the attack wins.”

“When things get really bad, just raise your glass and stamp your feet and do a little jig. That’s about all you can do.”

My daughter will be a senior in high school next year [original blog written June 6, 2014] so she is all in on the college process. I actually think she’s been all in since the age of 12, but that’s for another blog post. One of her top choices is The University of Chicago or UChicago as it’s more affectionately known these days. Each year UChicago comes out with some very unconventional questions it asks applicants to write about. The one that captured my attention for this year’s application was the following:

Little pigs, French hens, a family of bears. Blind mice, musketeers, the Fates. Parts of an atom, laws of thought, a guideline for composition. Omne trium perfectum? Create your own group of threes, and describe why and how they fit together.

Now that is pretty heavy stuff and there’s zero chance I could have put together a coherent and well-written essay, let alone even thought of what to say, at 17! But now I’m 48 and pretty darned badass, a complete legend in my own mind, and so that makes me really well prepared for this 31 years later. I’m going to answer it on my own terms, however, using two examples because I think two will sufficiently convey my main point. Before I do, however, let me digress for just a bit.

The question really struck a chord for me as I’ve been working on finishing up the manuscript for my book and started thinking long and hard about what makes someone wealthy. There’s the obvious financial component but I think most people would agree, especially those with ample financial resources, that money is not the end all and be all and that we need so much more from life to be fulfilled. I came up with the following definition of wealth and would love any comments about it if you feel so inclined. It also ties into the UChicago question, Ulysses S. Grant, and Leonard Cohen. Here goes:

An individual possesses wealth if he or she has the resources (financial, physical, and emotional) to recover from setbacks (resiliency), possesses the hunger to look within to grow from mistakes by identifying one’s flaws and blind spots and to do what is necessary to correct them, seizes opportunity, and experiences life with love, compassion, joy, and wonder.

I know that’s a pretty heavy definition and probably requires a lot of pondering to truly process it. If I were to simplify it I would say Resiliency, Reality, Courage, and Authenticity. We have to have the capacity to get up after we have been knocked down or dazed, to see our contribution to little mistakes to ensure we avoid the catastrophic errors (akin to a permanent loss of capital in the financial realm), build up the muscle of courage to avoid intellectual, emotional, and financial atrophy, and live from our unique quiet centers so we can be present to fully experience the joys and sorrows of life. If we’re possessed of those, then I think we’re pretty wealthy when all is said and done. Although nothing specific is mentioned about relationships my thought is they would typically be a healthy by-product of experiencing life with love and compassion. Once again, this is my current working definition and I’m open to feedback.

The UChicago question and my thoughts about what it means to be wealthy made me think of this amazing Taoist story that conveys how important it is to not immediately judge whether an outcome is good or bad, but only with the passing of some time can we reflect on it more soberly. I first heard it as a kid and I refer back to it constantly when times get tough. It will tie in with what I have to say about Grant and Cohen.

“One day the farmer’s horse ran away. His neighbor hears of his bad news and comes over to commiserate. “I hear that you lost your horse. That is bad news and bad luck.”

Well, the next day the farmer’s horse returns to his stable, but it has brought along a drove of wild horses it has befriended and who make themselves at home.

The neighbor across the way can’t believe what he hears about his friend. He decides to come over and congratulate him.

The next day the farmer’s son decided to ride one of the new wild horses, to break it in. As luck would have it, the son was thrown from the horse and broke his leg.

Of course, upon hearing this sad news, their neighbor came over to offer condolences. “This is such sad thing,” he said. “Your son has broken his leg. This is bad news.” “Well, who knows,” said the farmer. “Maybe it is and maybe it isn’t.”

There were more well wishes and commiseration from his neighbor. The farmer offers this Taoist wisdom, “Who knows what is good and bad?”

On the following day soldiers came by commandeering and army. They took sons from most of the surrounding farms, but because the farmer’s son had a broken leg, he could not go and was spared. And well, maybe it was good news and maybe it wasn’t.

It’s up to us how we choose to interpret the events of our lives. What may seemingly be devastating at first may be a window to something very positive later. As Leonard Cohen, the poet, singer, songwriter and will be mentioned shortly in more detail, said, “There is a crack in everything, that’s how the light gets in.”

Now we’re back to the UChicago question. The two people I want to connect are Ulysses S. Grant and Leonard Cohen.  And what do they have in common? Resiliency. Both were swindled financially and because of that, the world is much better off as a result. Of course, our immediate reaction if that happened to us is that this is devastating and nothing good could come out of it. But if we put our Taoist farmer’s hat on, this, of course, is not necessarily so as these two individuals came to realize and exemplify.

Ulysses S. Grant’s son “Buck” formed a Wall Street brokerage firm. Unfortunately, he was not the brightest tool in the shed and his partner was an incompetent and corrupt individual. Grant senior was also quite naive and put virtually all of his life savings in the firm ($200,000) as a limited partner. It all went up in smoke, the details of which are not important, other than it’s fair to say he was the victim of a Ponzi scheme. For more details see this article. While the swindle was devastating to Grant, it also required him to mobilize into action to earn some money. Here is an excerpt from the very well written piece in the Wall Street Journal.

“Desperate to provide for his family, Grant finally agreed to write his memoirs, something he had stoutly resisted for nearly 20 years, thinking he couldn’t write. Mark Twain’s publishing firm gave him an advance of $25,000 — a huge sum for that time. Soon after he began work, Grant learned that he had throat cancer and he hurried to finish the book so as not to leave his family destitute. He died three days after he completed the manuscript.

The book was a titanic success, selling over 300,000 copies and earning Grant’s heirs half a million in royalties. But the book was more than just a best seller. It was a masterpiece. With his honesty and simple, forthright style, Grant created the finest work of military history of the 19th century. Even today, most historians and literary critics regard Grant’s memoirs as equaled in the genre only by Caesar’s “Commentaries.””

Grant realized he had no choice but to fight and he did what he needed to do to provide for his family and the world is left with one of the great memoirs in history as a result of him being defrauded.

What about Leonard Cohen?

In October 2004, Leonard Cohen’s daughter was visited in her shop by the boyfriend of an employee of Leonard’s manager. The boyfriend cryptically said that her dad should look at his bank statements. She was naturally alarmed and called her dad who was out of town but immediately did so when he got home. To his horror, he saw that his retirement savings had been drawn down to almost nothing. The statements showed transactions from his account paying large credit card bills on behalf of his manager. Upon further research, his advisors believed he had between $10 and $13 million stolen from him. He never looked at any of his statements for years because he trusted his manager completely, a woman who knew him so well (too well) and he was previously involved with. He was 70 at the time and essentially broke. He didn’t have an extravagant lifestyle but he still needed financial resources to support himself. He mobilized, took the necessary legal action to protect himself, and then realized that he may have no choice but to go back on tour after being off the road for 15 years.

A terrific band was put together, a number of warm-up shows were played in small venues throughout his home country of Canada before transitioning to larger places. The demand for tickets was extraordinary as he sold over 700,000 during his first tour back in 2008 and he was able to replenish his retirement savings. Most importantly, he came to learn how much he loved touring and he found great purpose and meaning in bringing his songs and poetic lyrics to millions around the world over the next five years. And like Grant, the world is better off for Leonard Cohen having gotten embezzled.

When the chips were down Grant and Cohen showed great resiliency, one of the key attributes in my definition of wealth. Life is always going to throw us curve balls and sucker punches. We have no choice but to take another swing of the bat or get up again if we want to make the most out of life and not let it get the most of us. And financial wealth turned out to be a byproduct of their tremendous resilience. It’s funny how that works.

So, once again, when something seemingly bad happens, ask yourself if it is really good news or bad news. And, even if it does turn out to be bad, at least temporarily, we can always learn from the experience, especially as investors. But, please don’t judge too quickly, as it may not be good for your wealth!

3 comments on “The Benefits of Being Swindled - Ulysses S. Grant and Leonard Cohen”