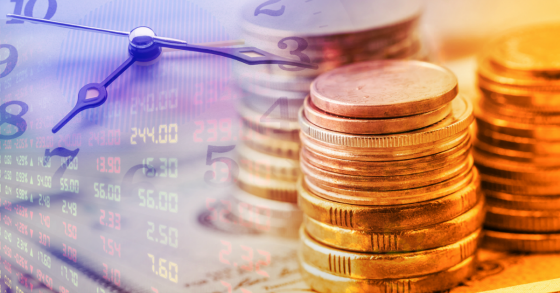 “Opinion is like a pendulum and obeys the same law. If it goes past the center of gravity on one side, it must go a like distance on the other; and it is only after a certain time that it finds the true point at which it can remain at rest. -SchopenhauerClick To Tweet

The following was one of the headlines on Marketwatch.com on May 5, 2014:

This was after a strong jobs report on May 2, 2014, showing payrolls grew faster than expected and unemployment dropped from 6.7% to 6.3%, which is quite a remarkable contraction in one month.

This comes on the heels of the following headline on April 22, 2014, from a Marketwatch blog:

100% of economists think yields will rise within six months

I found this excerpt interesting and entertaining:

Still, the fact that every single survey participant is bearish is striking. The last time the survey had that result was in May 2012, when benchmark yields were well below 2%. “Literally there is maybe one economist in the United States straddling the bullish/bearish divide on interest rates. The rest are bearish,” Bianco writes.

Despite seemingly positive economic news that conventional wisdom would have dictated that Treasury yields would have risen as result, they did the opposite. They fell. It’s been said that markets are often designed to inflict the greatest amount of harm on the greatest numbers of people. This seems like yet another example of this. Here are some possible considerations as to why this counterintuitive reaction (or lack thereof) may have taken place: The Fed’s favorite inflation indicator is the Personal Consumption Expenditures index and the rate of change of this is also slowing down below the minimum Fed target of 2.0%. The Cleveland Fed’s inflation model is also showing modest projections for inflation for up to 30 years that barely exceeds 2.0% in the later years. Business sales are not very robust and the rate of growth is slowing here as well. This, combined with very tame inflation readings, suggests an economy that is somewhat demand deficient. One of the best business cycle indicators is initial claims filed for unemployment insurance calculated on a four-week moving average. As the following chart shows, when claims get close to 300,000, that tends to represent more of a business cycle peak and a recession eventually ensues. This is not to say that once it hits 300,000 or close to it that the economy turns on a dime and goes into recession. Rather, it’s just pointing out from a historical perspective that this expansion is starting to age and the risk is probably a bit more to the downside than the upside. Another indicator that seems to be indicating a slowing rate of growth in the job market is federal withholding tax collections which have been in a downtrend since mid-March. Receipts are still growing, just not as strong as they had been. This is something to keep an eye on. There is also a concern now that the federal deficit has dropped so much that there is now a shortage of 30-year Treasuries. The government is selling a lot less of this debt and pension funds have a high demand for it to offset some of their long-term liabilities.

Excluding those held by the Federal Reserve, Treasuries due in 10 years or more account for just 5 percent of the $12.1 trillion market for U.S. debt. New rules designed to plug shortfalls at pension funds may now triple their purchases of longer-dated Treasuries, creating $300 billion in extra demand over the next two years that would equal almost half the $642 billion outstanding, Bank of Nova Scotia estimates.

Fewer available bonds, along with a lack of inflation and increased foreign buying, help to explain why longer-term Treasuries are surging this year even as the Fed pares its own bond purchases. The demand has pushed down yields on 30-year government debt by more than a half-percentage point to 3.37 percent, the most since 2000, data compiled by Bloomberg show.

Finally, to end this chart-o-Rama post, I’ll turn to a pretty cool esoteric graph that attempts to estimate what short-term interest rates would be if they could go negative. This is called the shadow rate. The chart shows how well this methodology tracked the actual effective federal funds rate. Based on the current estimate the rate should be -2.89%, the lowest rate in the 50+ years the model has been backtested. Yes, the fact that yields didn’t go higher and stay there after the employment report was somewhat surprising. Yet, with so many investors betting on the opposite the market was poised to confound the overwhelming consensus. Investors have to be careful about having fixed ideas about cause and effect and how markets react.

“Perhaps in no form of knowledge is a personal experience so indispensable as in learning to see that all things are unstable and transitory in this world…and that in a world where all is fleeting, change alone endures. He is a prudent man who is not only undeceived by apparent stability but is able to forecast the lines upon which movement will take place.

Our challenge as humans is that we tend to extrapolate the present into the future and this can lead to large errors as we think the good times will continue to last longer than they will or conversely, things will stay down for a greater length of time than what actually transpires. These are classic errors of optimism and pessimism and the risk investors may face to their careers by being so outside of the consensus.

“But people generally think that present circumstances will last and that matters will go on in the future as they have gone in the past. Their mistakes arises from the fact that they do not understand the cause of the things they see-causes which, unlike the effects they produce, contain in themselves the germ of future change. The effects are all that people know, and they hold fast to them on the supposition that those unknown causes, which were sufficient to bring them about, will also be able to maintain them as they are. This is a very common error; and the fact that it is common is not without its advantage, for it means that people always err in unison; and hence the calamity which results from the error affects all alike, and is therefore easy to bear; whereas, if a philosopher makes a mistake, he is alone in his error, and so at a double disadvantage.”

6 comments on “That Confounding Mr. Market”